Tanya Aydon, on the challenges of self-publishing her first novel 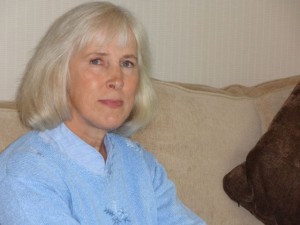 Today, I’m delighted to hand over the reins to Tanya Aydon. Tanya is married with four sons, one of them autistic. She lives in Tunbridge Wells and is a part-time painter of portraits and landscapes. She writes novels under her Dutch maiden name, Tanya van Hasselt. As Tanya Aydon, she won joint first prize in last year’s Barbara Pym centenary short story competition. She has recently published her novel, All Desires Known, and it is that process which is the subject of today’s blog.

But firstly, I’m going to tempt you with the book’s description:

Forbidden desires. A mind in fragments. A shocking act of violence…
When Martin Darrow, the respected chaplain at Wharton public school, discovers that a new pupil is the son of his sadistic childhood abuser, he is tormented by a thirst for revenge. Buried passions begin to resurface as Martin confronts what fundamentalism has pressured him to deny. But God is hiding behind his cloud of unknowing.
Artist Nell Garwood, ingenuous and fatally warm-hearted, is too busy painting Martin’s portrait and trying for another baby to read the signs of an affair between her husband, Wharton teacher Alastair, and her best friend Juliet. Their intractable teenage daughter discovers the truth, but it is not until Juliet claims that her eleven-year-old son is Alastair’s child that Nell grasps the full extent of the betrayal. Can she forgive Alastair and Juliet? And should she?
Celebrated child psychiatrist Lewis Auerbach prides himself on his facade of detachment, cultivated as a guard against the pitfalls of his profession: the abuse of power and misplaced sexual attraction. Then Nell walks into his consulting room, and his belief in himself and his career falls away as he vacillates between the promises made to his wife, slowly being destroyed by schizophrenic illness, and what is surely a fleeting passion for Nell.
Epiphany and tragedy collide on a hot July night – and each of the three must reconsider who they are and what matters most of all.
With its vividly-drawn background of London’s art galleries, a traditional English public school and the embattled profession of psychiatry, All Desires Known is a deeply satisfying novel. New author Tanya van Hasselt, whose writing has been compared to that of Alan Bennett, has an unerring eye for the tangle of comic and tragic threads in our lives.

On the subject-matter of the book

The contradictory and confused impulses of the human heart; the claustrophobic world of public schools; the devastating nature of teenage mental illness; and over it all, the power of art to reveal and redeem. This is what All Desires Known is all about. It might sound like literary fiction – fitting into the publishing genre list – but it isn’t the inaccessible, hard-work kind…

There is all the same a kind of moral backbone to the story – and I think this is something that is often airbrushed out of the lighter end of fiction. For instance, do we have a right to be happy at the expense of other people? How far should sacrifice be taken? It’s a question that the three main protagonists of All Desires Known have to face.

Psychiatrists get a bad press. They’re usually presented as creepy, sinister or plain barking. The hero of All Desires Known Dr Lewis Auerbach, a Jewish expert on childhood mental illness, reverses the trend. He’s a good man, he’s giving his life to helping children with mental illness, he thinks he can stick to the rules he’s set himself. He’s got his life organised into two tight compartments…

Nor is Martin Darrow, the exemplary chaplain at Wharton public school, any more successful at knowing himself – and to what depths he might sink. There’s a lot of hot air talked about forgiveness, especially by the Church. It’s easy enough to preach. And where is God in the whole homosexual debate?

It’s hardly surprising that the portrait painter Nell Garwood is attracted to these two men. Like them, she has made wrong choices in the past, misread herself and other people, not least her indulgently generous husband Alastair.

People are not what they seem, cries Nell, halfway through the novel. No, they aren’t, we’re all getting it wrong about each other most of the time. In All Desires Known, characters comment on each other, but they’re all prejudiced in one way or another, so are they reliable narrators? The reader must work it out, but there must always be uncertainty, because people and life will always be half-finished and messy.

But the ending of All Desires Known has been described as unutterably moving. I’m glad about this. Most of us readers want to be left not with a bundle of tortured unanswered questions but with a feeling of fulfilment and completeness. Don’t we all know books where we have read and re-read the closing lines and felt we’d been taken somewhere and given something important that we couldn’t put into words?

On the publication of her first novel

“All Desires Known is my first novel that I’ve self-published – but not the first I’ve written. That’s sitting in a drawer, sulking at being rejected so many times. All Desires Known has had its fair share of rejections too – I’ve lost count! – but I finally decided enough was enough. I was going to have to self-publish or the novel would never be read by anyone outside my kind and encouraging writing group. I’m jolly well going to prove all those agents wrong! I told myself – but not with any bitterness. I don’t blame agents for playing safe. Why should they – or publishers – risk investing in a quiet novel by an unknown middle-aged woman? Far better stick to known quantities which will make money…

(Having said all that, I can’t help sighing at the success of the likes of Fifty Shades of Grey. How can it be that after all that striving for equality, vast numbers of women apparently want to read about being tied up and beaten by a rich older man?)”

On her choice of self-publishing service

“So I decided to self-publish, and I did it with Matador, having met their chief at a writing conference. They’ve done a great job and were transparent and easy to work with. The production is all that I wanted – a matt laminate cover with a beautiful Gwen John painting and flaps giving the book a tactile feeling of classic quality.

‘But even if you do all your own copy editing and proof-reading yourself (which I did, and this was probably a false economy, I’ve missed a couple of errors which is annoying as I used to work as an editor myself and prided myself on accuracy!) it still costs a lot of money. There is no way I am going to begin to break even.”

On turning her hand to promoting the published book

“Making All Desires Known stand out from the thousands of self-published novels each year is a problem. I don’t like marketing myself – loathe the hard sell – become incoherent on a platform. I am reckoning on having to give away a fair percentage of copies, in the hope that they will be passed on and eventually, by word of mouth, sales will creep up. I’m always comforted by remembering that Maeve Binchy hated doing publicity…although, of course, when you’re already established as a best-selling author you can afford to say that. I can’t.”

On life as a reader

“My favourite books when growing up were Emily of New Moon by L.M. Montgomery, Apple Bough by Noel Streatfeild, and The Constant Nymph by Margaret Kennedy. Though I have to admit that the first book I ever wrote – aged ten jointly with my best friend – was a queasy mixture of Enid Blyton and Elizabeth Goudge. I still have the very kind rejection letter sent to us by an editor from Amada Publishing! 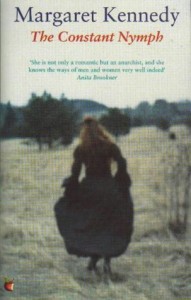 We writers need to make reading remain relevant in people’s lives – by writing accessible meaningful fiction, without gimmicks and self-consciousness. Reading is one of the main ways we learn about living. It’s got me through a lot of troubles and dark patches I know, and I’m grateful to all those authors. There’s a scattering of references to literature and art in All Desires Known. This is because it’s how I’ve lived my life – always heavily influenced by what I read and see. There’s something that the Olympic runner champion Eric Liddell says in that old film Chariots of Fire along the lines of ‘when I run, I feel God’s pleasure.’ I guess that writing – and reading – and painting makes me feel a little like that. Even though I’m not going to win any medals.

Would she do it all again?

Would I self-publish again, or am I secretly holding out the hope that an agent will spot All Desires Known and get on the telephone? Yes, a small part of me wishes that would happen, but I’m not altogether sure that there aren’t some brilliant aspects to self-publishing. Nobody making you change your work to fit ‘the market’, freedom to choose or design the cover, typeface, blurb… Sometimes I find myself thinking that even if that telephone call came, I would reply no thank you.”

If you have enjoyed this blog, please visit the sidebar and enter your email address to subscribe