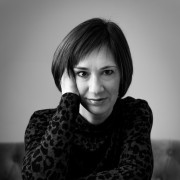 Hailed by The Bookseller as ‘One to Watch’, Jane Davis writes thought-provoking literary page turners with razor sharp dialogue and a strong commercial edge. She spent her twenties and the first half of her thirties chasing promotions in the business world but, frustrated by the lack of a creative outlet, she turned to writing. Her first novel, 'Half-Truths and White Lies', won a national award established with the aim of finding ‘the next Joanne Harris’. Further recognition followed in 2016 with 'An Unknown Woman' being named Self-Published Book of the Year by Writing Magazine/the David St John Thomas Charitable Trust, as well as being shortlisted in the IAN Awards, and in 2019 with 'Smash all the Windows' winning the inaugural Selfies Book Award. Interested in how people behave under pressure, Jane introduces her characters when they are in highly volatile situations and then, in her words, she throws them to the lions. The themes she explores are diverse, ranging from pioneering female photographers, to relatives seeking justice for the victims of a fictional disaster. A common thread that runs through her writing is the impact of missing persons on our lives, how the hole they leave behind can be so great that it dwarfs the people actually left behind. In 'I Stopped Time', it was an estranged mother. She addressed the theme head-on in 'A Funeral for an Owl', with teenage runaways. And in 'These Fragile Things' mother Elaine is obsessed by the child she lost to a miscarriage, almost to the exclusion of the child she has. Her latest novel, 'At the Stroke of Nine O’Clock', was published in July 2020. Set in post-war London, and featuring three very different women whose worlds collide, it has been featured by The Lady Magazine as one of their favourite books set in the 1950s, selected as a Historical Novel Society Editor's Choice, and shortlisted for the Selfies Book Awards 2021. Jane Davis lives in Carshalton, Surrey, in what was originally the ticket office for a Victorian pleasure gardens, known locally as ‘the gingerbread house’. Her house frequently features in her fiction. In fact, she burnt it to the ground in the opening chapter of 'An Unknown Woman'. It continues to provide a rich source of inspiration. Her work in progress asks the question why one man would choose to open a pleasure gardens at a time when so many others were facing bankruptcy. When she isn’t writing, you may spot Jane disappearing up the side of a mountain with a camera in hand. 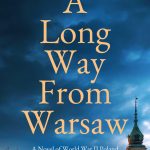 Today I’m delighted to welcome Margarita Morris to my blog. If you have yet to discover Margarita’s wonderful novels, she writes historical fiction, placing ordinary people in extraordinary circumstances. As a student of French and German at Jesus College, Oxford, it was an unforgettable trip to Berlin in 1987, including the former East Berlin, that…
» Continue Reading

The First Lady Star of the Music Halls 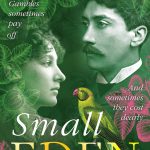 I was asked recently if I think that writing is an act of preservation. I have to say I do. I’m related on my father’s side of the family to the music hall star, Annie Adams. I haven’t been able to licence a photograph for publication, but the V&A has an image of Annie in…
» Continue Reading

A question of manners (part 1)

Etiquette (/ˈɛtikɛt, -kɪt/) noun. The customary code of polite behaviour in society or among members of a particular profession or group. What is Robert Cooke to do? A new century will soon be upon him and none of the women in his circle are behaving as he expects. Have they all forgotten the rules? Rule #1: Without…
» Continue Reading

The angel in the home

Not one of the women in Robert Cooke’s circle is behaving as he expects. His wife is speaking her mind, his mother is taking herself off to Scotland of all places, his daughters are being taught science at school (science, in the name of all that’s holy!). And he’s about to discover that the winning…
» Continue Reading

A backward place of some 2500 souls 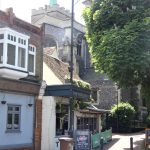 The setting for my tenth novel Small Eden is Carshalton, called Aulton in the earliest records, meaning Old Town. I have called it home for over twenty years. But what did it look like during Robert Cooke’s lifetime? The Wandle: leisure, industry and life Just eleven miles from Westminster-Bridge, the village of Carshalton is dissected…
» Continue Reading