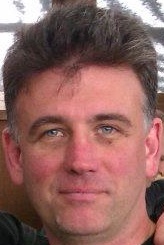 Today I’m delighted to welcome, Mark Farrell, the man behind Ascribe Novel Solutions, to my blog.

Mark has written five novels, four of which he says will almost certainly never see the light of day.

Since coming agonisingly close to success with his most recent novel, The Shoemaker’s Apprentice, he is taking a break from writing to concentrate on developing Ascribe Novel Solutions, a new books’ promotion platform that operates on the unique premise that any author can display their self-published books on it, provided a fiction trade professional is prepared to provide a written recommendation for them.

He is not a member of any writers’ organisations but supports several independent authors’ collectives by way of free advertising on the Ascribe side menu. The site has been operational for just six months and now displays over 100 titles, and averages well over 500 hits per week. It already boasts recommendations from, and features books by, Carnegie Medal winners, a Booker Prize shortlistee and Whitbread winner, television presenters, and countless other notables.

Mark, please tell us how you became a writer.

I was inspired to write from an early age because English was the only subject I enjoyed in school. I returned to writing fiction seriously in my early thirties, and partly motivated by my family connection to literature (my second cousin, JG Farrell, won the Booker Prize). I quickly rediscovered my natural instinct for words.

I never plan too much ahead of writing novels because I know from experience that my best ideas come in mid-flow. This can make things complicated when it comes to editing but it’s just the way it happens.

What was your first recognition as an author?

Bill Hamilton was the first agent to compliment my work. He told me that I was writing Young Adult (which was news to me) and referred me to Sarah Molloy, his children’s specialist, who described it as literary. She worked on four drafts with me over three years before retiring after my book was rejected by Bloomsbury, Orion, OUP and Random House among others; I completed the fifth draft alone, editing mercilessly with the feedback in mind and vowing never to look at it again.

I know that you write historical fiction. What can readers expect?

As for the substance of plot, I’m fascinated by dark, shadowy secrets with a healthy sprinkling of crime (though not in the genre sense per se) and lots of adventure; in this I was primarily inspired by my favourite novel, Fingersmith, by Sarah Waters. I love the Victorian era and will probably set all my future books in that time as well.

What major areas did you have to research for The Shoemaker’s Apprentice?

I did a lot of research for my earlier books but for The Shoemaker’s Apprentice I decided to construct the plot around subjects I already knew very well: shoemaking and ninjas. This did, however, result in a research trip to the southernmost point of the Japanese mainland because, having started with the bare bones of the plot in mind, as soon as I began looking into the historical backdrop of the era, I realised that I’d unwittingly set it to coincide perfectly with the Samurai rebellion; I’ve always believed an author should visit any place they intend to write about, so off I went. 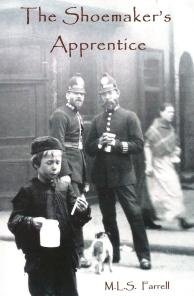 Was your novel inspired by any real life events?

I couldn’t really say that The Shoemaker’s Apprentice was inspired by real events (although the period detail is fully accurate, which I think is essential in historical fiction) because I ended up shaping the story around events I knew nothing about until I’d reached page seventy.

Willa Cather said, “There are only two or three human stories and they go on repeating themselves.” How, then, is it possible to write something unique?

I don’t agree with writers who say there are only a handful of basic human stories and therefore no such thing as an original idea. The Shoemaker’s Apprentice is about a young girl who was brought up by her great uncle who pushed a cobbler’s barrow around the streets of Liverpool during the time when machines were taking over the business and the majority of shoemakers were either starving or closing their shops and finding work in other trades; I may be re-writing history in the sense that there never was any such thing as a cobbler’s barrow, but it’s a believable concept and as far as I can determine, a completely original idea.

Was it your intention to write a story with a message or a moral?

My writing always contains messages, I can’t see much point in creating art without them. The main character, although a fourteen-year-old girl, holds pretty much the same moral stances as me, and she likes to think that people get what they deserve out of life. She also believes in fairness and making the most of bad situations, enjoying whatever positive aspects of life come her way no matter how tough it gets.

What point of view do you find most to your liking: first person or third person?

I used to prefer third person narrative but since discovering Fingersmith I’m far more comfortable reading and writing first person; I’ve given away over fifty copies of Fingersmith, largely through World Book Night, and have two signed first editions, one of which I travelled from Ireland to Kent to have personalised especially. All those gushing, incredible, this-book-changed-the-way-I-feel-and-think-about-life sorts of comments that one reads from time to time really do apply to me in this case.

The only advice I’d give to anyone who says they’re thinking of writing their first novel is this: be certain that whatever you write about is so interesting that you won’t mind reading it about 100 times, because if it’s going to be any good, that’s what you’ll end up doing.

Do you feel there is more of a sense of community with self-publishing than there is with traditional publishing?

There is absolutely more community spirit within self-publishing than in the cut-throat traditional world in my experience, and I’m delighted to be witnessing this as I monitor the industry from my position of website administrator. I really believe that good authors should not have to do the majority of their own marketing and accordingly I’m doing nothing to market my own book at present; I just can’t bear the idea of going on Twitter and Facebook every day and writing “Buy my book, buy my book, I’m an author, did I mention my book?” 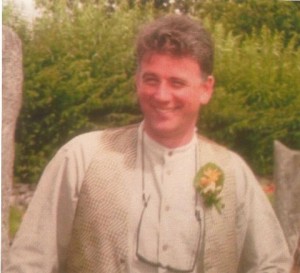 Since authors are also readers, can I ask you about your own reading habits. Author Novel Solutions obviously works on the basis of recommendations. Would an endorsement by an author whose writing you enjoy make you experiment with a book you wouldn’t have picked up otherwise?

I long since gave up on the idea that, just because an author writes one book I love, I’ll automatically enjoy everything else they’ve written; and I won’t mention names but, from bad experiences, even cover endorsements by my favourite authors don’t sway me. In traditional publishing, there is often an agenda or back-slappery going on, unlike in the world of Ascribe.

So how do you discover new fiction?

I’ve read The Guardian Review every week since I started writing back in 2000 and I have to say I rarely find books that catch my eye. I’m a terribly fussy reader and for the last ten years or so have found myself overwhelmingly reading books written by women. I’ve just asked all my Ascribe launch authors to send me one of their books and I’m really hoping to be able to report a high strike rate of books I can recommend. The trend on Ascribe so far is for literary titles, which is an interesting counterweight to traditional publishing, where to describe your book as literary is known to be a bad marketing decision and often the kiss of death.

What books are on your bedside table right now?

I tend to read novels in bed at night and at present on my bedside table I have The Fault In Our Stars by John Green, which my daughter recommended but failed to grip; Parrot and Olivier in America by Peter Carey which I haven’t got round to giving a fair shot yet but I loved Jack Maggs by the same author and a tentative glance suggests it may appeal; Difficult Men, which is about leading males in American television (we don’t have a television aerial at home but we do watch box sets sometimes and my wife bought me this book because of my love for The Sopranos and Breaking Bad; again I don’t watch for the violence but more out of fascination and bewilderment that anyone is prepared to live their life like that); then there’s Lost For Words by Edward St Aubyn which I bought because all the critics hated it and which I have to say I really quite enjoyed so it’s coming with me to England as a gift for my father who will I’m sure be equally entertained; a copy of my own book to remind me to bring it with me to the Indie Author Fair; and finally, Fingersmith, which I’m reading for the seventh time. 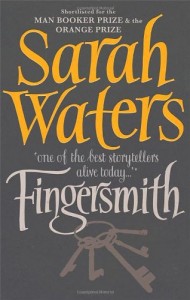 I feel it’s always a sad reflection on contemporary art when people are going back to their old favourites so I’m really hoping that the books my Ascribe authors give me will open a new chapter in my reading experience.

I will start the sequel to The Shoemaker’s Apprentice when it feels right but for the meantime I’m happy running Ascribe.

And finally, where can we find you when you’re not writing?

I have five children, three of whom are still at home, so for about twenty years I felt guilty just sitting down to read a book, never mind to write one. However, I still find time to go training every week, I’m a martial arts instructor and have been to Japan seven times.

When my novel was rejected by the agent’s number one target I abandoned faith in my dream of getting published traditionally after thirteen years of trying and started playing Call Of Duty and Airsoft to take my mind off the disappointment. I’m not a violent person, in fact I’m very peaceful by nature – hence my fifteen years spent learning self-defence – but for reasons I can’t explain I find combat games quite stimulating and at the same time relaxing.

I also do a lot of gardening and have several polytunnels which take up a lot of time but I believe it’s important to have physical activities to make you get up from the desk, as sitting still for too long is very unhealthy.

And before the internet began to absorb so much of my time I had a hobby of making shoes by hand, an interest which is incredibly time-consuming and which I took up inspired by the fact that at least four generations of my ancestors were shoemakers; if the global economy ever collapses, my family will at least be well-shod.