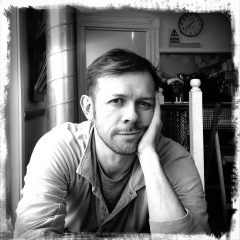 As an avid reader, I’m always excited to discover new authors. And so I was delighted to be contacted by Piers Alexander, author of The Bitter Trade, his first novel. He is also a serial media entrepreneur (I must admit I’m not 100 per cent sure what that means), and lives in London with the singer-songwriter and author Rebecca Promitzer (www.rebeccapromitzer.com).

Quite an arty household. Perhaps you can start by telling us how you came to be a writer.

I used to make up stories for my family when I was a kid, and I wrote story after story until creative writing was strangled by an English teacher.  I went and did a Proper Job after abandoning a spy novel at university, until I couldn’t bear it any more, started two new companies and began The Bitter Trade a few years ago.

Who gave you your first encouragement as a writer?

My brother Roland. He even made a little song out of the story I made up – it involved the islands of Huzz and Huzzagabee.

What genre do you generally write in and have you ever experimented with other  genres?

Historical fiction. I am also tentatively writing a psychological literary novel, and trying not to be pretentious. As a young man, I really wanted to write commercial fiction like Wilbur Smith but I’m not sure it’s going to happen!

You describe your style as somewhere between Flashman and Sarah Waters. What can readers expect?

Your protagonist is Calumny Spinks. What can we expect from him?

Red hair. Mimicry, mockery and mischief. Cal is half-French and furiously unapprenticed at seventeen – if he hadn’t been forced into action by a blackmailer, he would have probably created trouble and revolution on his own.

How does your home and its environment influence your writing?

I live with a singer-songwriter and author, so sometimes it is a happy humming hive of beautiful creativity. Sometimes it is a shattering cacophony of rage and unwashed dishes. Luckily we have a hilarious and affectionate dog who makes us live in the moment and laugh at our own egos.

Hilary Mantel says that a Catholic upbringing is the only qualification a writer requires. Do you have any writing qualifications?

She should try a dose of inherited, unspoken Calvinistic self-denial! Work work work work work work… but not if it makes you feel good. Luckily I had 150,000 words in which to express my deep frustration and fury at my father, and discovered myself forgiving him in the third draft. I cried when Cal forgave his own father.

Can you remember where you saw your first book on the shelves?

It won’t hit them until June this year, but the moment when the manager of my local bookshop saw I’d written one and clasped it to her chest was absolutely priceless. “Of course we’ll take them,” she said, and I could have kissed her.

One of the key stories of 2013 was the revelation that The Cuckoo’s Calling had been penned by J K Rowling. Do you write under a pseudonym? And, if so, do you think they make a difference to an author’s profile?

I do. Partly to keep my business life separate from my writing life, and partly because it’s a lot easier to promote yourself with a different name. You become your own client.

What was your first recognition/success as an author?

Piers is too modest to expand on this, so to put the record straight, the PEN Factor involves pitching your novel to a panel of industry experts, in front of an audience.

Have you had any rejections that have inspired or motivated you?

My favourite was a face to face rejection from the charming and urbane MD of a big publishing house. We bumped into each other at the London Book Fair and he congratulated me on my cover and design, and was genuinely, genuinely contrite about them not quite picking it up.

Where do you get your inspiration from?

So what’s in the pipeline at the moment?

The sequel: Cimarron. It will involve a lengthy research trip to Jamaica, I’m pleased to say.

You see, this is where I always go wrong! I write about my locality – Steatham, Carshalton and the like. They don’t have quite the same allure.

Is your writing plot-driven or character driven?

I guess character-driven, because the plot is defined by the characters’ needs and flaws. But I am obsessed with plot and have watched endless thrillers just to see how they structure it.

Khaled Hosseini says that he feels he is discovering a story rather than creating it. Are you an avid plotter or do you start with a single idea and let the novel develop organically?

Do you have a method for creating your characters’ names and what do you think makes them believable?

I let them sidle out onto the tip of my tongue and dive onto the page. And if in doubt I visit an old graveyard. My favourite gravestone is Jabez Ekins right now. Dickens would have loved that one.

Who do you show your first drafts to?

Some writers need silence, others like the buzz of a coffee shop, the rumble of a train or their favourite music. Which type are you?

What point of view do you find most to your liking: first person or third person?

The shift from paperback to digital books appears to have plateaued in 2013. Was this a glitch or will the upwards trend resume? 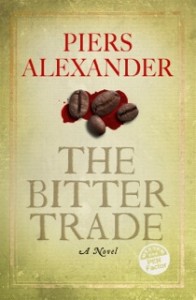 Who designed your book cover? If you used a cover designer, what brief did you give them? (Please feel free to give them a plug)

David Eldridge of www.two-associates.co.uk – he sometimes does work for indie authors and is wonderfully patient. I think the design is amazing, and it helped me to buttonhole some very important people at the London Book Fair.

Which professional services won’t you skimp on? (editor/ professional proofreader? designer for your book interior?)

All of the above. I worked very closely with a wonderful editor (Sally O-J, who is Sarah Waters’ editor), and used The Curved House for web design and typesetting (www.thecurvedhouse.com). If you want to reach readers, give them something that’s as good as they would get in Waterstone’s.

At the beginning of 2013, Smashword’s Mark Coker predicted that ‘Global’ would be the year’s biggest story. Do you have a readership in a country other than your own?

German translation in the works – and I pitched the President of a big North American publishing house last week. Fingers crossed!

An excerpt from The Bitter Trade follows, but before we move on to that, what do you think the future holds for writers?

A higher value on original work, but bigger challenges in carving out the time to write and craft properly 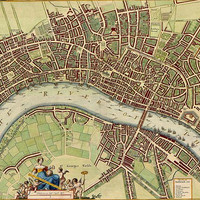 A well-dressed fellow, a cocky, tippytoed down the street. I watched him hopelessly, knowing I would never have trade or coin, never wear fine clothes like his. He lifted his beribboned shoes high over the puddles, afraid to scratch them on the roadway, holding his balance with a brass-handled walking stick. His mole-grey breeches were drawn so high above his waist that his baubles went their separate ways around the tight seam. Dense curls were oiled back from his square face.

The cocky saw me and stopped, as if he knew my face. He drew a little lacy kerchief from his sleeve and waved it to me, as though he were at sea and I on shore – though in truth we were but ten paces apart, with no more than a half-inch of water lying between us.

I knew that rat-voice. I had never seen this man’s face, but his rattling lisp had scuttled round my nightmares for months now. Sick rage clutched at my guts as I thought of the pistol under my bed, barely a man’s length from where I sat yet hopelessly out of reach. If am to revenge myself, I thought, I must taunt this devil and catch him unawares.

“Yeth,” I replied, making a lisp so gentle he could not be sure I meant it.

“I am Anthony,” he announced.

“Anthony of which family?”

“Of which family?” I asked him again, knowing it would prick his pride.

“I am named Anthony Anthony!” cried the cocky.

His rage told me that he had to repeat his name like this a dozen times a day.

You can find out more about Piers and his work at www.piersalexander.com or follow him on Twitter @thebittertrade.

If you enjoyed this blog, please visit the sidebar to subscribe