Unlikely heroines: why I chose to write a novel about a prostitute 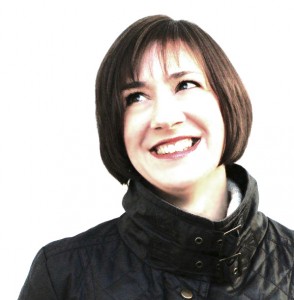 Writing a novel about a ballerina who turns to prostitution seems a strange choice for a writer who normally goes out of her way to avoid writing sex scenes. And, no, it’s not simply out of fear of ending up alongside Manil Suri on the podium clutching a bad sex award, or the thought that my mother might read it. (Read last year’s contenders here and blush.)

But An Unchoreographed Life isn’t a book about sex. It is a book about a mother and daughter relationship. In fact, it takes its lead from What Maisie Knew, Henry James’s 19th century commentary on what happens when a judge rules that two adults must jointly care for their daughter following the breakdown of their marriage. (It is possible that ‘they stood some seconds looking many things at each other’ is the most perfect line of text ever written.) 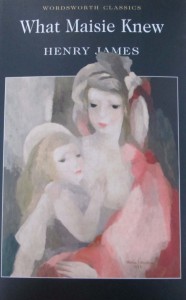 Although I read Belle de Jour and several similar accounts as part of my research, it was never my intention to replicate them.

The story starts when daughter, Belinda, is six and a half, the age at which children really start to become more aware of what’s going on around them, and mother, Alison, realises that things cannot carry on as they are. That said, I’ve just finished reading Jennifer Saunders’s Bonkers and I wonder if I’ve overblown her sense of urgency. In her biography, Jennifer describes the moment one of her daughters came home from school and said that one of the mean kids had said that she was ‘Jennifer Saunders off the television’, but that her daughter had put them right, telling them that she was ‘just’ her Mummy.

Alison has provoked interesting reactions from beta readers. Those without children feel that she acts irresponsibly and deserves to have her daughter taken away. Those with children say that they would do all that Alison does, and more. And so I know that I have written something that touches raw nerves and will, I hope provoke, discussion.

I grew up in Merton, within the footprint of Nelson’s paradise estate. There is little evidence left: the Nelson Hospital, where all our childhood injuries were tended, has recently been demolished and the pub named after his mistress, Emma Hamilton, has closed and is boarded up. 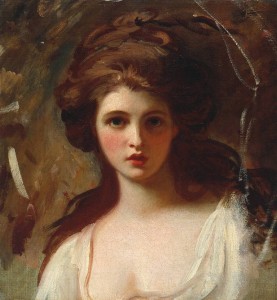 But Emma Hamilton has always fascinated me. Born into extreme poverty, forced into  prostitution, she became a muse for artists such as George Romney and Joshua Reynolds. She bucked the tight-laced trends of the day and became a fashionista. Cast aside by her aristocratic lover, she went on to marry his uncle, who, later, tolerated her affair with Nelson. Completely self-educated, she continually reinvented herself. Married to a diplomat, she was a confidante of both Marie Antoinette and the Queen of Naples. It’s tragic how her life turned in a full circle and she died in poverty. (Want to know more? Try England’s Mistress by Kate Williams.) 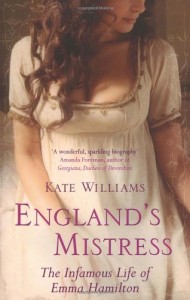 Added to the mix, I was gripped by a 2008 court case, when, in an interesting twist, it was ruled that a prostitute had been living off the immoral earnings of one of her clients.

But then I began to imagine what life was like for the child of a prostitute. There was nowhere I could research that hidden subject, and it seemed to be the thing that needed exploration.

When I began writing An Unchoreographed Life, I wasn’t aware just how topical my subject-matter would become. Since then, Canada has declared that its laws regarding prostitution are draconian. This map shows how prostitution is currently legislated in Europe, but the EU proposed radical changes. Whilst this is an extremely complex and emotive issue, in my mind, any proposals that introduce conflict will only add to the confusion. It was apparent double standards that had Lindi St Clair declaring in court, “The tax man is a pimp and the government is a pimp as well.”

Lack of clarity clearly deters many sex workers from registering as self-employed, although the advice on HMRC website is clear:

“If the activities of a prostitute or any other person deriving income from prostitution are organised in such a way as to constitute a trade or profession (see BIM20000 onwards), the profits are liable to Income Tax. This was confirmed by CIR v Aken [1990] 63TC395.”

In fact, as this article from the New Statesman describes in more detail, Lindi’s barrister argued that, although prostitution is legal, it shouldn’t be classed as a trade because ‘a prostitute cannot do things such as advertise, go into partnership, form a limited company, employ people, rent premises or sue for debts’. (The article also goes some way to explain why sex workers are deterred from consulting accountants.) When her defence failed, Lindi notoriously accused the Inland Revenue of trying to live off immoral earnings. 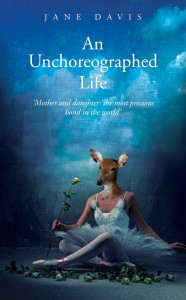 The EU recommend a reversal. Selling sex, the say, should be legalised, while paying for sex should become illegal. It is claimed that this seemingly illogical step will protect women.

Forgive me if the conclusion I draw is that it appears to have been designed to make it easier for governments to get their hands of the proceeds of this multi-million pound industry.

Written on April 18, 2014 at 11:52 am, by Jane Davis
Categories: Blog, My Books, Writing Life   |   Tags: An Unchoreographed Life, Emma Hamilton, On writing, Prostitution