An interview with the author of Delirium: The Rimbaud Delusion 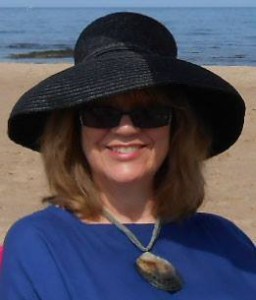 Today I’m delighted to welcome author, Barbara Scott Emmett, to my blog. Barbara has published novels, short stories and a book of poetry. Her work has also appeared in anthologies and magazines.

She has been fascinated by French poet Arthur Rimbaud for many years and a play about him (Death Without Tears) was performed at the Edinburgh Fringe in 1999. A new novel Delirium: The Rimbaud Delusion will be published in association with Triskele Books.

Barbara lives in Newcastle and writes in a room overlooking the Tyne often accompanied by her husband, writer Jimmy Bain, and their cat Gizzie.

Barbara, can I start by asking you about your first success as an author?

The first things I got published were short stories. A couple of my stories were accepted in rapid succession by Writers’ Forum some years ago and that gave my confidence a great boost. Around the same time I wrote several erotic short stories and for a while everything I sent off to magazines and anthologies seemed to get accepted. There appear to be fewer outlets for short stories/short erotica in print these days, so I tend to concentrate on writing novels now. My first novel The Man with the Horn was published by a small press that went out of business almost immediately. Nothing to do with me!

What genre do you generally write in and have you ever experimented with other  genres?

I mainly write general fiction. I would like to think it veers towards literary fiction sometimes – but that’s for others to decide. My novel The Land Beyond Goodbye has been described as metaphysical fiction because it addresses the question of spirituality from a non-religious perspective. Both The Man with the Horn and my new novel Delirium: The Rimbaud Delusion probably fall into this category too. I have experimented with a thriller (Don’t Look Down), have tried my hand at a couple of plays and have published some poetry. I also write erotica under a different name.

I share your reservations about calling my novels literary. For readers who aren’t familiar with the term ‘general fiction’, what can they expect?

The thing about general fiction is that it’s a genre that covers a wide range of novels. Anything that doesn’t fit in to any other genre can be considered general fiction. As far as my own fiction is concerned, readers can usually expect some mention of ecstatic states, pondering on the existence of God or gods, a touch of sex and drugs probably, and often a central character who is attempting to make sense of the world. Finding meaning in life, or accepting the lack of it, is a strong theme in my books. I tend to write about women (usually) who are experiencing some emptiness in their lives and are trying to work out what will fill it.

The protagonist in your latest novel Delirium: The Rimbaud Delusion, is Andrea Mann. What can we expect from her?

Andrea is the seeker after truth in my latest novel. Her name is meant to suggest an everyman character – someone who is a little confused and doesn’t know what to believe – as I think many of us are. Andrea is passionate about the French poet Arthur Rimbaud and after a relationship break-up she goes to visit his hometown of Charleville. There she meets a young man and his mysterious mentor who claim to have found a lost Rimbaud manuscript, Le Chasse Spirituelle. Andrea is drawn into a web of intrigue in which she is made to question everything she believed was true. Is the manuscript genuine? Or is she being manipulated for reasons she cannot guess?

Your novel Delirium: The Rimbaud Delusion is released as an e-book today, but readers will have to wait for the paperback.

But you’ve kindly agreed to offer a little teaser.

I scanned the leafy square, shading my eyes from the sun. A few people strolled along over by the station but they were all too neatly dressed to be The Boy Who Would Be Rimbaud. I wandered along the pathways peering through the bushes. The square was deserted, drowsy with the buzz of bees.

Then I spotted him. He was lying under a plane tree, hands behind his head, one battered boot crossed over the other—a posterboy for Ma Bohème. Branches nodded above him in a gentle breeze. He raised himself on an elbow as I hurried towards him waving the tattered paper.

As I drew level with the bust of the real Rimbaud, I noticed someone—a left-over tourist perhaps—hanging around nearby. I shot him a brief smile as I passed. It froze on my face when a pair of cold dark eyes bored back into mine. I was reminded of that photograph of Aleister Crowley with a tea-cosy on his head, all staring eyes and intensity, except this guy had a tiny beard.

I flapped the sheet of paper above my head. ‘La Chasse Spirituelle,’ I called to the boy. ‘It was in danger of being lost again.’

All I remember after that was coming to on the path, my head throbbing, the sun burning red through my eyelids. When I opened my eyes, I saw I was alone. The boy, the poetry and the weirdo had all disappeared.

That’s wonderful, and I know that readers can find out more about the inspiration for your novel by visiting your blog. 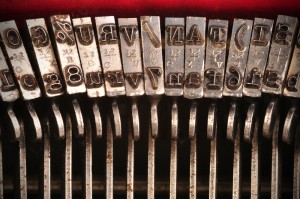 Khaled Hosseini says that he feels he is discovering a story rather than creating it. Are you an avid plotter or do you start with a single idea and let the novel develop organically?

I’m an organic writer too. I often start with a What if?  What if someone discovered a long lost Rimbaud manuscript? (Delirium: The Rimbaud Delusion)  What if a woman inherited property from someone she hadn’t seen for years? (The Land Beyond Goodbye) What if a woman gets mistaken for her best friend? (Don’t Look Down)

I usually have a few snippets of ideas for situations, locations, characters and so on milling about in my mind. As I write, these ideas merge together or bounce off each other and create new avenues to explore. I find writing this way very exciting as I only have the vaguest outline to follow and anything can happen. I like to surprise myself – to write things I didn’t know I was going to write.

What were the key factors that influenced your decision to become an indie author?

Apart from my first not terribly successful involvement with a small press, I have been unable to find either an agent or a publisher for my novels. Agents have often told me they like my writing but don’t think it will sell, or they contact me with suggestions for changes but then still don’t take me on. I can only assume that my work is too off centre for a mass readership. I am obviously incapable of following the rules that dictate who gets picked up by agents. Whatever they are.

Rather than let my novels languish unread on my laptop, I decided to put them out as ebooks. I can’t claim to have a huge readership but at least I now do have some readers. Which is better than none, right?

Absolutely. In fact your experience sounds very similar to mine.

For my latest novel (Delirium) I have joined forces with Triskele Books and will be bringing out both an ebook and a paperback. Triskele are an author collective and have acted as midwives to some excellent novels over the last couple of years. Their books are vetted, fully proofread and feature covers to drool over.

So who designs the book covers?

Along with the other Triskele authors I used JD Smith Design for the cover of Delirium. Jane Dixon-Smith is a designer, writer and member of Triskele Books. Her covers are always beautiful and extremely professional.  I wanted something to convey the disorientation of the main character and the fact that it was about Rimbaud and poetry and suchlike. Between us we found some images that were just right and Jane blended them together and then added her own suggestions of green smoke and dark corners to give an air of mystery. I absolutely love it and can’t wait to see it on the cover of the physical book. I fully expect to take it to bed with me and stroke it as I gaze at it lovingly. 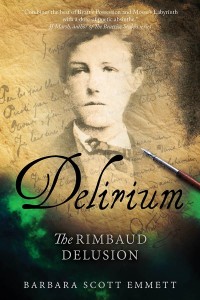 I publish erotica under another name. (Barbie Scott – it doesn’t take a genius to work out it’s me but fortunately I’m well past caring what my family think.) I’d been writing erotica for many years before the 50 Shades books came out so, no, they haven’t had any particular effect on me. I had hoped the trend would lead to increased sales but I can’t say I’ve noticed any difference. 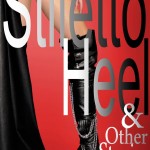 A great story will always be important but to neglect the nuts and bolts of spelling, grammar, layout and suchlike will not do you any favours with editors or agents. If you intend to self-publish, these things are even more important. There’s nothing more off-putting than finding an ebook full of typos and incorrect word usage. Of course, everyone has blind spots and errors have a way of sneaking past the most eagle-eyed proofreader, but at least make the effort.

The main thing I would say to aspiring writers, though, is do not publish too early. Writing is a craft and an apprenticeship must be served. If you were a carpenter you wouldn’t expect people to buy the first table you ever made – you would keep practicing until you made a really good one. Same with novels.

I agree. Publishing too soon is a cardinal sin.

Which books are sitting on your own bed-side table now?

The Wine of Wisdom, a serious study of Omar Khayyam, and a racy novelised version of his life simply called Omar Khayyam. I’m reading these as research for my next novel. I also have James Joyce’s Finnegans Wake for dipping into and a copy of hisDubliners. In addition, there is the book I’m currently reading at bedtime –  at the moment this happens to be The Black-Eyed Blonde by Benjamin Black.

Do you post book reviews? And, if so, where can we find them?

I write reviews for Bookmuse and I usually also post them on Amazon, Goodreads and sometimes, Smashwords. I have a page on my blog dedicated to reviews but I’m a bit hit and miss about posting there.

What are you working on at the moment / next?

As I have only recently signed off on Delirium: The Rimbaud Delusion, I am not very far on with my next novel. I’m still at the research stage but I can say that it will be about two poets, 800 years apart, and a dead man on a beach. There may well be a seeker after the truth in it but s/he hasn’t shown up yet.

Her books can be purchased at Amazon, Smashwords, and other online stores via
Pentalpha Publishing Edinburgh.