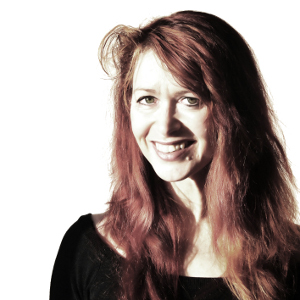 Today, I’m handing over the reins to Roz Morris. Roz published nearly a dozen novels and achieved sales of more than four million copies – and nobody saw her name because she was a ghostwriter. She is now proudly self-publishing as herself with two acclaimed literary novels My Memories of a Future Life and Lifeform Three. She has also been a writing coach, editor and mentor for more than twenty years with award-winning authors among her clients. She has a book series for writers, Nail Your Novel (and a blog of the same name), and teaches creative writing masterclasses for The Guardian newspaper in London.  She also has a show on Surrey Hills Radio, So You Want To Be A Writer. Her latest project has been turning her novels into audiobooks, a process I’m very keen to learn more about myself.

“Making an audiobook is a wondrous experience. Every morning before dawn, still half in sleep, I’d log on and listen to chapters that had just been uploaded by my narrator. She’s in San Francisco and I’m in London, so the end of her day was the start of mine.

And a magical start it was too, if a tad narcissistic, to hear my own prose interpreted back to me in a voice that suited it perfectly. A great narrator is like the voice you imagined in the book as you wrote, but better.

It was especially strange with the first novel I made into an audiobook, My Memories of a Future Life. I’d published it in paperback and ebook several years ago, and had forgotten much of it. Hearing it read to me again seemed to rewind time, to the intensity of the weeks of final edits. I remember it as a state of semi-hypnosis where nothing was as real as my characters, their struggles and the steady fall of syllables. 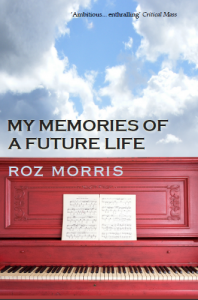 Listening to the audio chapters also helped the drafting of my third novel, Ever Rest. As I felt my way through the new story, I seemed to hear Sandy reading it to me. It appeared more complete and certain than a draft usually does, as if it already existed. (I may have discovered a new form of writing prompt there.)  In turn, Sandy would email me, telling me how the long hours spent in her tiny, dark studio with Future Life were colouring her dreams. The novel is about a pianist who is seeking a cure for a mysterious injury, and becomes involved with a fringe healer who takes her by hypnosis to her next incarnation. Sandy reported unsettling dreams in which she was in a car with the first-person narrator, searching a strange city for the hypnotist character Gene. Eventually he was found, posing as a person in a wheelchair. I shall have to ask her advice if I’m ever tempted to write a sequel.

Anyway, I guess you’re wondering how I came to make an audiobook. I did it myself, using ACX, the indie publishing arm of Audible. ACX is a network where narrators and producers can meet authors. Once you’ve found your voice actor, you can then use the site as an interface to create the book, keep track of contracts and monitor sales. Finally, you use the site to submit the book for sale. In short, it’s genius.

Making an audiobook isn’t cheap. It’s very labour intensive. An average novel is about ten hours of narration (roughly 90,000 words) and is likely to cost $200 or more per finished hour.

All the ins and outs of this are much better explained on the ACX site, so check them out there. 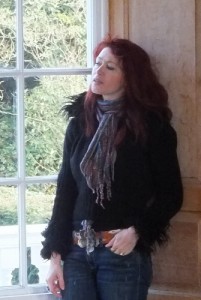 You need to create an audition piece. When I talked to the ACX crew, they told me many writers put up the first few pages as the audition piece. This can be a mistake, because the beginning may not be typical of the book’s action. I looked for a challenging scene with dramatic dialogue as well as the narrator’s internal thoughts, which I felt would test the reader’s approach more usefully. I added notes about the context of the scene and the style of the book – and waited for auditions.

And lo, they rolled in. (This was in itself a wonderful surprise.) Once I got over the novelty, I realised I needed to tweak my presentation.

Accents I assumed the voice actor had to use a British accent as, obviously, I’m a Brit, my characters are Brits and I write with British usage. However, ACX is predominantly US, so this vastly reduced the available talent pool. Some of the voice actors did very credible Brit accents. Some sounded Chinese or German. Others ignored my stipulation – quite wisely as it turned out they sounded just fine. So I quickly realised accent was a detail that didn’t matter, and edited my directions. Indeed Sandy is American.

Another reason to choose an accent other than your own is if the majority of your readers are in another territory. I sell a lot in the US, so an American accent might make them feel more at home.

Accent isn’t the only deciding factor, though.

Suitability for the material – While the narrator might be do a good job with the audition scene, you have to be sure they’ll interpret the whole of your book in the right way. A Regency romance needs a completely different approach from literary fiction, and I can imagine it’s a nightmare if you conclude your narrator simply doesn’t ‘get’ your book. If you have a good contender, poke around in their ACX profile and follow up any websites where they demonstrate other books they’ve narrated. Also, ask them what they like to read.

Acting versus reading & mistake #2 – some books benefit from a reader who will do a lot of gutsy acting, including distinct voices for the main characters. But for most fiction, that’s too much. They’re journeys in prose and need a more intimate, subtle treatment, which might even sound flat to some ears. Audiobook listeners know they’re being read to. They don’t need rollicking declamation – or music or sound effects. And a good reader can make it clear who’s talking without bursting into different voices, so you actually need less ‘acting’ than you might think.

I made another mistake here in my original guidance notes for the audition. I didn’t ask for different character voices, but I did explain the book had sections in a different tone – the female narrator, and the future incarnation who was a male version of her. Thankfully, before it went live, a wise friend pointed out that this might cause a lot of horrible baritone overacting, and that I should simply let the text do the work.

Ultimately, you choose a narrator on a hunch that they fit your work. One author I spoke to said he knew when he’d found his because the guy sounded like the ideal voice he’d have chosen – but better. That’s how I came to use Sandy too – although it was by a more roundabout route.

I had a shortlist of possible voices, including seasoned Broadway actors, but there was one question I couldn’t answer. When I checked their backgrounds, none of them had narrated a novel like mine, and I was worried they wouldn’t get it. Then I remembered Sandy. Sandy was actually a friend and I recalled that I’d heard her do narration work – on a computer game, of all things. At the time, I’d been struck by how she had an insightful, feisty quality that reminded me of Laurie Anderson. Even better, I knew her reading tastes. She’d given me Virginia Woolf’s A Room of One’s Own. I’d give her Cold Comfort Farm. She could be perfect.

I contacted her. She didn’t know about ACX, and she’d never narrated an audiobook before, but was keen to give it a go. She registered and sent me an audition. Her reading was just right – inhabiting the material with well-judged expression. Also, I knew the book would suit her personality. Her voice absolutely fits my kind of fiction, and if yours is like mine you might like her too (here’s her ACX page). 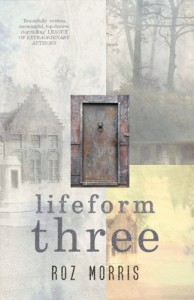 We’ve now completed two audiobooks. The second one, Lifeform Three, went on sale just this week. On the surface it’s a lighter story with an element of fable, so there was a lot more laughing and fun during the process, although the underlying stakes are just as profound. The main character, Paftoo, is a servant in a highly regimented utopia, who is haunted by dreams of a past that first intrigues him and later becomes his drastic undoing. I guess pasts and souls are my preoccupations.

Making the audiobooks has been a fantastic experience. There was a lot of hard work, of course. We had detailed discussions about the pronunciation of names and invented words – which I’d never considered would be said out loud (xeching, Paffoursix). Some of the character names sounded too similar to the ear (Gene and Jean), so I had to rechristen them for the audiobook. We exchanged many emails about the characters’ relationships and the mood of the scenes. Pacing was an issue too. How long should a pause between scenes be? How slowly should a scene be read, or was it plodding? But I didn’t have to handhold her interpretation, because I knew Sandy understood the material to its very toes.

Sandy says she’ll miss the characters. I’ll miss the pre-dawn times with a voice that made them more whole than I could ever imagined.

I guess I’ll have to get on and finish the next one.” 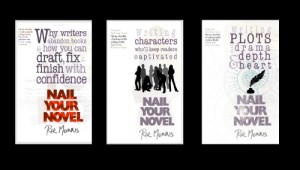 Roz Morris is one of seven authors whose fiction will be featured in a limited edition box-set, Outside the Box: Women Writing Women, a set of thought-provoking novels showcases genre-busting fiction across the full spectrum from light (although never frothy) to darker, more haunting reads. Published in e-book format on February 20 (pre-orders from January 12), it will be available for just 90 days.

Speaking about her reason for taking part, Roz Morris added, ‘For me, these writers are the real superstars of self-publishing. They’re storytellers dedicated to their craft, who have proved their worth with awards, fellowships and, of course, commercial success.’

To find out more visit www.womenwritewomen.com or watch the video here.

Or want to find out more about Roz?