Why box sets make good sense for both readers and writers 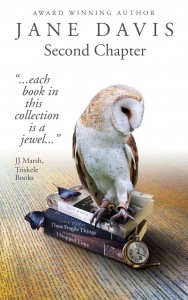 The January VAT hike for digital products has been tough. For writers, there was a stark choice: either take a 17% hit on income or pass the increase onto readers. In search of a way to redress the balance, I didn’t need to go any further than the aisles of my local supermarket – 3 for the price of 2 bargains. And so I arrived at the concept of Second Chapter.

The three books in the collection represent the second chapter of my writing career. My first novel Half-Truths and White Lies won the Daily Mail First Novel Award. Winning was surreal. Because I was on my own, there was no one to ask, “Hey, did that just happen?” I phoned them back just to be sure. The weeks that followed were heady. The Bookseller included me in their ‘One to Watch’ section. This was my bite at the apple. I was told I was going to be The Next Big Thing. 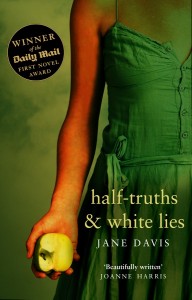 My bite at the apple

Except that I wasn’t.

In a year when fiction sales plummeted, Half-truths and White Lies, sold a very respectable 15,000 copies. Then, in 2009, came my reality check. Transworld exercised their right of ‘first refusal’ of my follow-up. The loved it, but it wasn’t ‘women’s fiction’. Never having considered that I was writing for exclusively women (in fact, I have a growing male readership), I hadn’t appreciated the implications of being published under their Black Swan imprint. Without realising it, I had been pigeon-holed – and my new novel didn’t fit.

Personally, I am drawn to books that refuse to conform. When a review of Roz Morris’s My Memories of a Future Life described it as strange and stubborn, I went out of my way to track it down. But at the point of publication, a book must be defined. Genre is a thorny issue for authors whose books don’t tick boxes (or don’t tick the same box), as Carol Cooper explains.

Joanne Harris says that she won’t insult her readers by assuming that they only like to read one type of fiction (she also disputes that ‘womens’ fiction’ is a genre – a sentiment that resonates with me both as a reader and an author.) Recently, Kate Mosse has distanced herself from the somewhat off-putting ‘literary’ tag by announcing her return to her roots as a storyteller. But Harris and Mosse are best-selling authors… 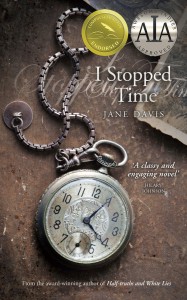 ‘Quality means doing it right when no one else is looking.’ Henry Ford

My experience of rejection had an unexpected silver lining. As self-publishing pioneer Hugh Howey suggested at the London Book Fair, authors should enjoy their anonymity. Over the next four years, I produced two further novels. Had I been under contract, I would have been chasing deadlines. Instead, with the luxury of time, I added layers to plots, depth to characters and a real sense of time and place.

November 2012 was a major turning point. I attended the Writers’ & Artists’ Self Publishing in a Digital Age conference and experienced one of those Eureka! moments. I knew I’d found my tribe. Far from being amateurish – as so many industry professional had been keen to stress – it turned out that self-published authors are a diverse group: an author who had walked away from six-figure deals because they didn’t like how her books were being packaged, established authors who have been dropped by their publishers after their latest book didn’t sell quite so well, innovative authors whose work doesn’t fit the market, cross-genre authors who market themselves as a brand, best-selling authors who have never tried the traditional route, who were there at the right place, at the right time. It was a publishing revolution. So was I in or was I out?

The answer seemed obvious. Within a month I had published my second and third novels. Less than a year later, I published a third. 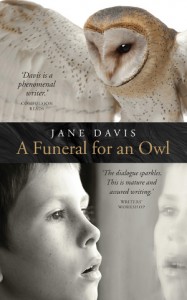 The book that Transworld rejected – my personal favourite

Chapter Two contains the results of my exploration in going it alone – something that is no longer seen as a consolation prize, but the first choice of a growing number of authors. Last year, the Chief Executive of the Society of Authors, gave self-publishing the stamp of respectability when she said that traditional publisher’s terms are no longer fair or sustainable.

“Almost all publishers ask for rights for the whole lifetime of copyright with very limited possibilities of getting your rights back, even if sales are woeful. Authors need to look very carefully at the terms publishers offer, take proper advice and consider: is it worth it, or are you better off doing it yourself?” (Nicola Solomon)

Of course, single author box sets are the perfect solution for authors who write a series, as JJ Marsh explained about her European crime novels on the release of The Beatrice Stubbs Box Set: ‘Readers often say that after reading one, they immediately want the next in the series, so a box set is a handy way to get three at once. As I plan six Beatrice Stubbs novels in total, it seemed logical to split them into two sets. Box Set One contains the first three novels and can be read in any order.’

For me, the attraction of the 3 for the price of 2 offer in Waterstones was always the wildcard. The book you might not otherwise have taken a chance on. The opportunity to discover a new favourite author. At the same time as releasing my own box set, I am collaborating with six boundary-breaking  authors, taking part in an exciting project called Outside the Box: Women Writing Women. Reedsy explain more here. 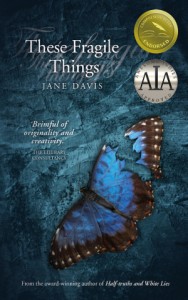 But isn’t it all just clever marketing?

You’d never fall for that! Both Second Chapter and Outside the Box represent excellent value. In the case of Outside the Box, the price represents a 75% discount, combined with the appeal of a limited edition product.

Second Chapter: The Box set by @janedavisauthor. ‘Each book is a jewel.’ 5 stars. http://goo.gl/82NjUs