‘If we are what we own, then who are we when we own nothing?’ 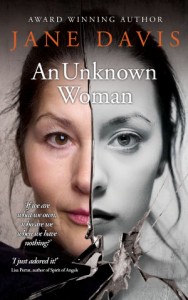 In 2013, I made the decision to cut back on paid work and to focus on writing. I got rid of my car. There have been no new clothes, few outings. Living a salary of the level I earned in the late eighties forced me to ask myself the question:

How much of what we think of as identity is bound up in possessions?

Parker J. Palmer described identity as ‘an ever-evolving core within which our genetics, culture, loved ones, those we cared for, people who have harmed us and people we have harmed, the deeds done (good and ill) to self and others, experiences lived, and choices made come together to form who we are at this moment.’ 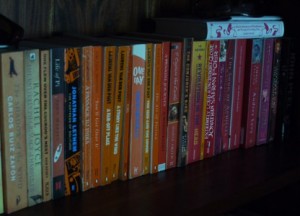 Yes, I colour code my bookshelves.

A bio is no place air grudges. As a forty-something childless (and petless) woman, with few qualifications to boast of, my biography (the brief paragraph I use to introduce myself to readers) refers firstly to my partner, Matt, and secondly to the ‘stuff’ we surround ourselves with.

Preparing for a portrait of an Alzheimer’s sufferer and his wife, Grayson Perry spoke movingly about how our idea of self is contained in the memories of the other. People should always come first. But can I find myself in the words I have written? Not really. To some, it may appear that I’m hiding.

You will, however, find me within the pages of my novels. If I need to draft a tired and emotional scene, I set my alarm for the middle of the night. Always putting myself in my characters’ shoes, the house that burns to the ground in the opening scene of An Unknown Woman is mine. The emotions are as charged and authentic as I can paint them. Writing those opening pages forced me to think about what I would save if I had moments to decide. The paperbacks and the CDs I mention in my bio would be left behind. My laptop would come with me. Since it contains all of my writing and many precious photographs, it represents more of ‘me’ than anything else I own.

You see, I think Palmer misses a trick.

He says nothing about material possessions.

For a description of how our identities are bound up in things I had to look elsewhere. James (1890) suggested that ‘a person will become whatever s/he can call his/her own’. Csikszentmihalyi and Rochberg-Halton go on to say: ‘In our everyday traffic of existence, we can also learn about ourselves from objects, almost as much as from people.’

I don’t think I was ever was overly materialistic. Beautiful things still ask me to take them home occasionally, but burglars would weep with disappointment if they went to the effort to break in. I don’t obsess over having the latest this and that – in fact, I hate waste. Until very recently I worked on a laptop with two missing keys (I didn’t miss F8 terribly much). You won’t find a flat-screen television in our house. (Our eighteen-year old TV still works perfectly.) I own very little jewellery. 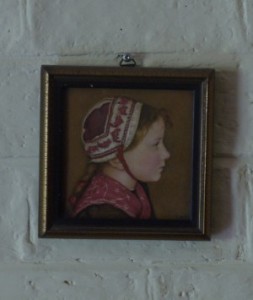 The photograph I chose as a momento of my adopted granny, Miss Butler, otherwise known as Buttie. It probably isn’t her as a girl, but I like to think it is.

But how much more poignant and chilling are the following statements, made by victims of the Oakland Firestorm?

‘If we are what we own, then who are we when we own nothing?’

‘Of course they’re just material things, but they were the summary of my life.’

‘We became orphans without a past.’

‘I became another person. The former person was lost in the fire.’

In my working life, handling insurance claims, I witnessed the aftermath of a number of disasters. The charcoal table with the placemats still set for dinner. Domestic rituals seem to remain within the skeletons of buildings. Among those questions, in between all the soul-searching lies the essence of An Unknown Woman. Writing it forced me to contemplate how I would start again from scratch. In some ways, I found the experience liberating. Paths that seemed to be fixed have flexed. In the process of casting ‘things’ aside, I have fallen out of adulthood. At the same time, I have a renewed appreciation of all that I have. 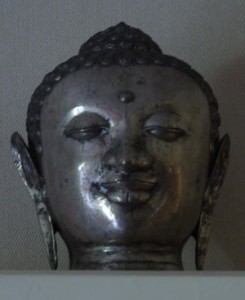 My Buddha’s head features in the novel.

Jane’s new novel, An Unknown Woman, will be published in Spring 2015.