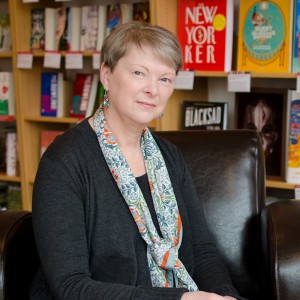 Today I’m delighted to welcome Lucienne Boyce back to my blog. In fact, in a moment I’ll be handing over the reins to her. As a keen walker, I was interested when she offered to write a piece about how walking influences and aids the writing process.

Lucienne writes historical fiction and non-fiction. She has always been fascinated by the Georgian era, and in 2006 completed an MA in English Literature with the Open University, specialising in eighteenth-century literature. In 2012 she published her first historical novel,To the Fair Land

, an eighteenth-century thriller set in Bristol and the South Seas. Her second novel, Bloodie Bones: A Dan Foster Mystery

, is the first of the Dan Foster Mysteries and follows the fortunes of a Bow Street Runner who is also an amateur pugilist. Lucienne has been a member of the Historical Novel Society since shortly after its foundation, and has contributed numerous articles, reviews and interviews to the Society.

In 2013 Lucienne published The Bristol Suffragettes

, a history of the local suffragette movement. She regularly gives talks and leads walks about the suffragettes. Lucienne is on the committee of the West of England and South Wales Women’s History Network and is a member of the Friends of the Women’s Library, the Society of Authors and the Alliance of Independent Authors.

You can read my previous interview with her here.

When I’m asked what inspired me to write Bloodie Bones: A Dan Foster Mystery, I answer: local landscape and local history. Given that the novel, set in 1796, features a Bow Street Runner who is also an amateur pugilist (bare knuckle fighter), the answer often surprises people. How does a metropolitan police officer end up investigating a murder in a Somerset village? The fact is that although the Runners were based at Bow Street in London, they were much in demand around the country and often travelled to other areas to investigate crimes. But that’s not where the inspiration comes in.

One of the things I love to do when I’m not writing is walk. I walk around the city of Bristol, where I live, and I also like to get out into the surrounding countryside. And though I say I’m not writing when I walk, really part of me is always writing, always taking in impressions, testing out ideas, spinning stories. The streets and quays of Bristol are full of history, and every village, tree and field has a story to tell.

Many of those stories are about the industrialisation and enclosures of the eighteenth century. Both have left marks on our landscape. It intrigues me to enter some quiet wooded glade and catch my heel on the rusting metal track along which truckloads of coal once rumbled. Or to stumble upon a low pile of bricks, cloaked in vegetation that houses insects and rodents, grubs and birds, but that was once a metal workshop belching smoke and noise. Or to watch a rabbit nibbling the short turf that smooths a series of hollows which were once buddling pits where lead ore was washed. It amazes me to think that these silent, empty spaces were once clamorous with the sound of men and women, pumps and drills, hammer and furnace.

Industrialisation owed a debt of gratitude to enclosure, the process whereby the old medieval system of farming scattered strips of land was replaced by staking out larger parcels of agricultural land. Imposed by large landowners seeking to consolidate their estates and improve productivity, these parcels swallowed up much of the common and woodland on which rural labourers relied for their subsistence. The smallholding family that had been able to keep a few pigs, sheep or cattle no longer had access to the common land where they had grazed and so lost a vital source of food and income. The homes that had relied on wood and gorse for fuel, reeds for thatch and rushes for lighting lost these amenities. People’s standard of living dropped and poverty drove them to the towns and cities to serve in the new factories – and when they were no longer employable, to die in the new workhouses.

“Parsons and tyrants friends take note. We have born your oppreshuns long enough. We will have our parish rights or else Bloodie Bones will drink your blood.”

When Lord Oldfield encloses Barcombe Wood, depriving the people of their ancient rights to gather food and fuel, the villagers retaliate with vandalism, arson and riot. Then Lord Oldfield’s gamekeeper, Josh Castle, is murdered during a poaching raid. Dan Foster, Bow Street Runner and amateur pugilist, is sent to investigate.

Dan’s job is to infiltrate the poaching gang and bring the killers to justice. But there’s more to Castle’s death than at first sight appears. What is the secret of the gamekeeper’s past and does it have any connection with his murder? What is Lord Oldfield concealing? And did someone beside the poachers have a reason to want Josh Castle dead?

As tensions in Barcombe build to a thrilling climax, Dan will need all his wits and his fighting skills to stay alive and get to the truth.

Click on link to buy or look inside Bloodie Bones: A Dan Foster Mystery

Enclosures had been going on as far back as Tudor times, but the process accelerated in the eighteenth century, bringing with it tremendous upheaval and social change. In their wake came conflict as people struggled to protect their livelihoods and homes. But what protection did they have? Much of the land enclosure of the period was carried out by Act of Parliament, but the poor were not represented by Parliament. Its constituents were the very wealthy landowners who benefitted from enclosure, and not surprisingly it made laws that protected their interests. So people fought back by going outside the law. They broke down the new fences, they set fire to property, they rioted, and they poached the game they thought was theirs by right.

So in my imagination today’s quiet Somerset village becomes a raucous mining town, a moor is a mess of pits and chimneys, and the straight, spindly rows of a square plantation are replaced by miles of woodland. Wellow, a village near Bath, becomes Barcombe, and nearby Camerton is Stonyton, the fictitious villages in which Bloodie Bones is based. And it’s here that Dan is pitched into the middle of the fight against enclosure. He has been sent to investigate the murder of Lord Oldfield’s gamekeeper, Josh Castle. Dan’s job is to infiltrate the poaching gang believed to be responsible and bring them to justice. But he’s walked into a volatile situation. The killing is linked to the recent enclosure of Barcombe Wood. Deprived of their ancient rights to gather fuel and food, the villagers retaliate with vandalism, arson and riot. It’s against this violent background that Dan discovers there are others who may have had a reason to want Josh dead.

Bloodie Bones may seem like a big departure for someone whose previous book was The Bristol Suffragettes (SilverWood Books, 2013). In fact, they share the same roots. Both are imagined in places where I’ve done a lot of walking. The Bristol Suffragettes even contains a pull-out map and guided walk based on what I’d discovered about the militant suffrage campaign in Bristol. Both reflect my interest in how the disfranchised respond to injustice and oppression. Both tell a story of how people made powerless by the law are finally driven to resist that law – to become stone-throwers, vandals, arsonists.

Dan Foster himself doesn’t always stay on the right side of the law. In the eighteenth century bare-knuckle boxing was illegal. That didn’t stop it being one of Britain’s most popular sports, with fans from the Royal family down. Bristol was once home to a string of champions. They rose to fame from the rings in the Hatchet Inn in Bristol’s Frogmore Street, or in matches fought at the local fairs around Bristol and Bath.

One of them, Hen Pearce, known as the Game Chicken, makes an appearance in Bloodie Bones. A Bristol-born butcher’s boy, Henry Pearce became champion in 1805. When he retired from the ring he returned to Bristol. A couple of years later he became a local hero when he rescued a girl from a fire at a silk mercer’s in Thomas Street. Sometime after this he was crossing Clifton Down when he saw three gamekeepers attacking a woman: he took them all on and according to one account left them begging for mercy.

Bloodie Bones is the first in a planned series of Dan Foster Mysteries. I’m already working on the second, which takes for its background the government’s attempts to suppress the radical reform societies of the 1790s. I’m also working on a biography of suffragette Millicent Browne, a campaigner with Bristol connections. Anyone who knows something of the history of the suffragettes will spot the connection here too, for the government did its utmost to stamp out the Women’s Social and Political Union, the suffragette organisation.

So, my writing life is divided between my fiction and non-fiction work. It’s also united by them. And walking is one of the threads that pulls it all together.

For details of other stockists (paperback; and ebook from Nook, Apple and Kobo) see the author’s website.