From Refugee to Writer 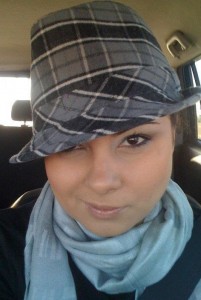 Today, I’m delighted to welcome Adi Teodoru to Virtual Book Club, an interview series in which I put questions to authors about their latest releases. If you would like to pose a question, you’ll have the opportunity to do so at the end.

Adi is a college graduate with double Bachelors in Creative Writing Fiction and Theatre Dramatic Arts. She has been writing since she came to America at the age of eleven as a political refugee. She and her mother defected after the bloody revolution that took place in their hometown of Bucharest, Romania, during the fall of communism in the Eastern Block. Since then she has lived the quintessential American dream, for which she is thankful every day. She is an avid reader, says she has a strange obsession with Gordon Ramsey and loves her two feline writing assistants, Katniss and Sphinx. She and her boyfriend, recently spent a year travelling across Europe, living in the mountains like hermits and doing laundry by hand.

will be published on 15 October and is available for pre-order now.

Q: Abi, perhaps you can start by telling us how you came to be a writer.

It’s a funny story actually. When I moved to America, I barely spoke the language, had no friends and the summer holidays came quickly so I didn’t have the opportunity to make any at school. I had nothing to do while my parents were at work so I would spend my days at home, making up stories, dancing (not very well) or watching TV. I was obsessed with Murder She Wrote. It was my favourite show. One day an episode came on that was actually about Jessica writing (go figure). That was the first time I thought: I could do this. I sat down at my old DOS computer with windows ‘95 and went at it. After that, I spent every one of my summers writing.

Eight years ago, a deadly virus destroyed the world we know and love. Barton Miller Jr. lost his parents in the scourge. He, alone, was saved, locked in a sealed underground bunker to protect his failing immune system. On his thirteenth birthday, a malfunction forces Barton out of his home and into a hostile world he may be the sole inhabitant of. Aided by STAG, a computer designed to be his companion, Barton will face insurmountable odds, his parents’ dark secrets and answer one simple question: Is anyone still alive?

Q: You write in the genre of Speculative Fiction. For readers who aren’t familiar with the genre, what can they expect?

I tend to veer towards Teen Fiction and New Adult. I am inspired by writers like Suzanne Collins, Margaret Atwood, Veronica Roth and JK Rowling. I write the kind of stories I love to read: full of action, heart, dangerous situations, narrow escapes, and above all, heroes. Heroism is a big theme throughout my writing. When I read Harry Potter at a young age, the thing I remember most is that Harry never backed down, never stayed silent, he was always involved. This is what I strive for all of my protagonists. They try very hard to be heroes, to stand above the crowd, sometimes unsuccessfully.

Q: Where is The Adventures of Barton Miller Jr. set and how did you decide on its setting?

The entire plot relies on the setting so I knew it was very important. The post-apocalyptic desert landscape is one of the first images that came to mind when I started thinking about this story. From there, it was a matter of finding the proper desert without it being too clichéd. Also, I didn’t want to set the story too far in the future, so I could still use contemporary references to gaming, movies and social media, all of which play an important role in Barton’s life.  My best friends grew up in Albuquerque and they always tell me stories and show me pictures of the place, so I know it fairly well. I knew the story would revolve around a hot air balloon as well, so I figured it was the perfect location, since they have an annual Balloon Fiesta. In a way, it is also a love letter to the place my friends grew up in and homage to their childhood there.

Q: It sounds as if it has echoes of the Dune series of books, which I loved. Who is the hero of your story?

Barton Miller Junior is without a doubt the hero in my novel. I did a great deal of research on isolation, and feral children in developing his character, as well as reading novels such as Harry Potter, Ender’s Game, Incarceron, and Maze Runner. Barton took shape on his own, without much help from me. He is a boy who had an extremely difficult childhood, lonely and without hope for the future. In spite of the fact that he is in constant mortal danger from both external and internal forces, he is still so desperate for experiences, for life and the chance to see something other than the room her has grown up in, that he becomes brave. The acceptance that any moment his life could end pulls out of him a courage, a thirst for justice, and a recklessness that is constantly at war with his instinct for self-preservation. I think what makes him so lovable is his vulnerability and his desire to belong, to be loved and to be around other people.

I had to research Barton’s medical condition, Severe Combined Immunodeficiency (SCID). There was very little information out there because the disorder is so rare. I studied the famous case of David Vetter, the “bubble boy”, but decided to refrain from calling Barton that, though that’s how I referred to him in the novel’s early stages of development. I also researched Albuquerque and the Balloon Fiesta, both of which play a very important part in Barton’s adventure.

Q: Regardless of genre, what are the elements that you think make a great novel? Did you consciously ensure all of these are in place?

I think the two most important elements in a great novel are tension and strong characters. When I used to write plays, my teacher would always say: “If you don’t show me the conflict on the first page, why do I care?” I took that advice to heart, and it’s exactly what you will find on the first page of The Adventures of Barton Miller Jr.  I also believe you will never get anywhere without a character the reader can relate to. Even the most outlandish protagonist, or most disgusting antagonist should have a humanity about them, otherwise your reader won’t have anything to grab onto. Barton is the quintessential thirteen-year old, with pubescent problems, in a very dangerous and difficult situation. 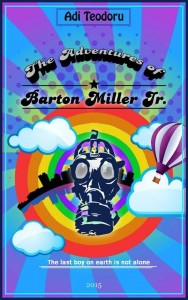 Q: Your novel is aimed primarily at nine to fifteen year olds. So why do you think it is particularly suitable for book clubs?

Firstly, it is a book that will appeal to both the younger generation and adults, so it bridges the gap a little, common ground of discussion for parents and their kids. Also, it is the first book in a series, so it has longevity and the option for future discussion. Thirdly, it is tons of fun, exciting, and it raises some great points about the moral implications of scientific progress for the younger generation.

Q: ‘I’ve always said there are two kinds of writers. There are architects and gardeners. Architects do blueprints before they drive the first nail, they design the entire house, where the pipes are running and how many rooms there are going to be, how high the roof will be. But the gardeners just dig a hole and plant the seed and see what comes up.’ (George R R Martin) Which are you?

I would definitely say I am a gardener. In my early writing days, I would literally write the book word by word, sentence by sentence, with no outline. I did find later that it was easier to have a rough outline of where the story would go to keep from writing myself into a corner. Now I do a combination of both. There comes a moment when your characters start talking to you, telling you where they want to go and what they want to do. You can either force them to do what you want, or you can trust them. I trust them. Also, George! Get to gardening faster, we’re all waiting for that harvest of rutabagas entitled Winds of Winter.

Yes. I dedicate the books I write first and foremost to my Mom who is my hero and the basis for all heroic characters I write. Secondly, to my small group of friends whom I sometimes lock in the basement with no food or water and force to beta read all my work. Then, to all those who help me get it out there. 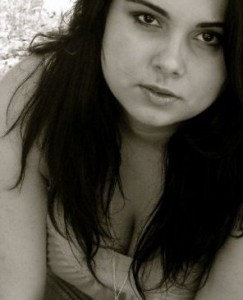 I hope that after turning the last page, the reader will have to release a breath, since they’ve been holding it too long. I hope that they will need a good amount of time to process exactly what has happened to them, and how they feel about it. I want their mind to spin, their heart to beat fast, and their chest to feel heavy with excitement and catharsis. Mostly, I want them to immediately Google the sequel then curse my name because it isn’t available yet. It’s exactly how I feel after reading a good book.

“It had only been eight years since my Pops, Barton Miller, Sr., stocked the food and water supplies to keep me going. It took him and the team of engineers gathered in secret, a year to build and program STAG, to prep and supply the underground bunker, and make this place sustainable. It was the final year of his life, spent entirely on my future.

Now here I am, only eight years later, and I’ve gone through two thirds of their hard work. The first few years, STAG managed my portions, oxygen rations and battery usage. When I turned eight, he started giving me more and more responsibility, the way I assume a parent should, but I still have no plan for when the food runs out. Sometimes it’s like living on a ticking bomb, watching the timer count down.”

Want to find out more about Adi and her work?