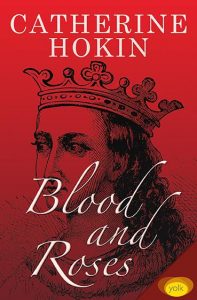 Today I’m delighted to welcome Catherine Hokin to Virtual Book Club, the interview series in which authors have the opportunity to pitch their novels to your book club.

Catherine is a Glasgow-based author whose fascination with the medieval period began during a History degree which included studies into witchcraft, women and the role of political propaganda. This sparked an interest in hidden female voices resulting in her debut novel, Blood and Roses which brings a new perspective to the story of Margaret of Anjou (1430-1482, wife of Henry VI) and her pivotal role in the Wars of the Roses. Catherine also writes short stories – she was a finalist in the Scottish Arts Club 2015 Short Story Competition and has been published by iScot magazine – and blogs monthly for The History Girls. She is represented by Tina Betts of the Andrew Mann Literary Agency.

The one contender strong enough to hold it? A woman. Margaret of Anjou: a French Queen in a hostile country, born to rule but refused the right, shackled to a King lost in a shadow-land.

When a craving for power becomes a crusade, when two rival dynasties rip the country apart in their desire to rule it and thrones are the spoils of a battlefield, the stakes can only rise. And if the highest stake you have is your son? 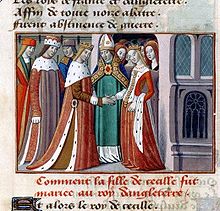 Q: Catherine, what is it about your novel that you feel makes it particularly suitable for book clubs?

In my experience the best kind of novel for a book club is one that starts a conversation and the conversation usually starts with a character. Margaret of Anjou, the protagonist in Blood and Roses, is a tricky woman: passionate, capable, probably dangerous and definitely flawed. You may not like her but you will empathise – perhaps with the challenges she faces in motherhood or with her struggle for a voice in a male-dominated and controlled world. Margaret faces tough choices and she acts and she makes mistakes. The novel has been discussed by at least three book clubs I am aware of – I was invited to one and it was fascinating to see my interpretation dissected and discussed. The conversation was a lively one which is every writer’s dream – if you pick her, let me know! 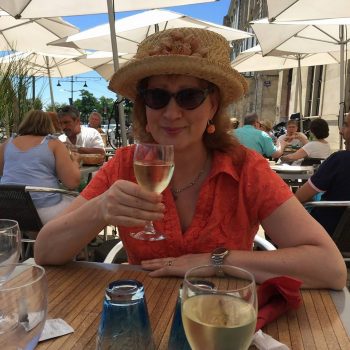 Q: You generally write in the genre of historical fiction. What can readers expect?

History plausibly imagined. You can trust me on the facts, I promise, but I am telling a story and weaving gaps in the spaces where we might know the facts but don’t know the motives or we might not know anything at all. Just because something happened doesn’t make it interesting, just as not everyone who lived is interesting enough to build a story round. When I approach a character it is because there are unanswered questions that I want to explore.

Q: You mention facts. How important is historical accuracy when writing fiction and how faithfully does your novel stick to the written record?

Historical accuracy is a shifting thing. I would never change a date or a key event or an attested family relationship – you can’t twist the facts to make a story work like that or readers won’t trust you. I spend months researching but (and it’s a big but) you have to ask who your record was written by and why. One of the biggest challenges with Margaret of Anjou (as for many historical figures) is that people come to her with an expectation and, in her case, it is very negative. Our modern ‘she-wolf’ perspective of Margaret is based on Shakespeare’s portrayals and it is demonic. He portrays her as “a foul wrinkled witch’ and a ‘hateful with’red hag” and attributes a series of malevolent/immoral actions to her including wandering round court clutching the severed head of her supposed lover the Duke of Suffolk and rubbing a cloth soaked in his son’s blood all over the Duke of York’s face before placing a paper crown on his head and stabbing him. None of it happened, it’s propaganda and it’s stuck, no matter that contemporary accounts are far more favourable. So I soak up the written records but I don’t believe everything I read. Which leads nicely to… 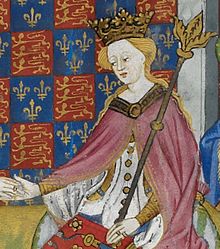 Margaret of Anjou, detail from the Talbot Shrewsbury Book

Q: How do you make sure your long hours of research don’t show up on the page?

It is hours, weeks and months in fact, and you become obsessed with insane details which should never see the light of day. My first draft is a research dump – it helps me craft the storyline – and then I strip it bare for the next and start sprinkling back by the third. Most research is actually so that I can feel the period and hopefully soak that through. Getting it right is the trickiest balancing act which every author I know struggles with on every new book. We make good pub quiz bores though.

Q: Hilary Mantel says that women writers must stop rewriting history to make their female characters falsely ’empowered’. Part of this, she says, is the desire to give ‘a voice to those who have been silenced’, which fiction provides a perfect vehicle for. What is your reaction to this?

I love Hilary Mantel – for her writing and the way she never avoids a parapet to stick her head over. I have sympathy for this view and am driven quite mad when women do things in novels they could never do in real life. Getting into a closed carriage in Victorian times for example with any man but your husband – your heroine might as well have danced naked in the streets. Women’s roles were clearly defined, particularly in the case of medieval queen consorts. My Margaret could not have led an army into battle (I really wanted her to but no). She was expected to show public submission to her husband and her main role was to get pregnant and with a son. If I put great feminist speeches into her mouth moaning about any of this, I would be doing her and my readers all a disservice. What is interesting about Margaret (and why I wanted to write her story) is that circumstances (including a husband suffering from long periods of catatonia which rendered him incapable) forced her to step out of her role. That’s where the trouble starts…

Q: Do you believe that you write the book you want to read?

Yes, although by draft four, no! It has to be a book I want to read or I couldn’t write it. I had been aware of Margaret’s story for years but had always questioned its telling. My father was a great Wars of the Roses enthusiast but also a great Shakespeare fan so I grew up with the monster and it always seemed too thin. I wanted to read the story of the real woman so I had to write it. It took longer than I meant it to but life got in the way and I’m glad it did: a key aspect of Margaret’s story is motherhood and the challenge of raising a strong boy. I think my telling of her story is richer for having experienced that. 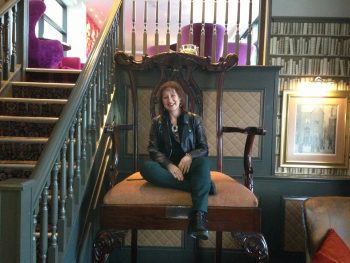 Q: How do you cope with the self-doubt that seems to plague the creative process?

It’s horrible, like a nasty shadow lurking in the corner. Blood and Roses was published by a small house, I now have an agent who had/has high hopes for my second novel but it isn’t placed yet, despite the rejections being so lovely we keep thinking they are acceptances! I give myself a day to feel rubbish and then I’m done and I keep on writing even on the rubbish day – my agent’s advice and it works. Who knows, perhaps the second book will end up being the fourth. Keep writing, keep learning the craft and celebrate every success. And stay off social media until the scab heals.

Q: What was the first book you remember reading that transported you to another time and place?

It was about a wonderful book about a little girl called Perdita who time-travelled to Elizabethan England – there was something about Samarkand and a garden and I seem to remember the colour gold. I’ve been trying to track it down for years so please help!

Want to find out more about Catherine and her writing?