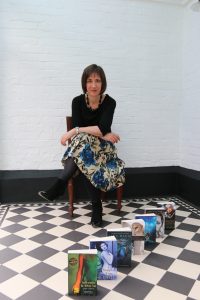 According to this article by Beulah Maud Devaney in the Guardian, the average reader will read 3,000 books during their lifetime (assuming they make it to 90). Like many readers who chose books they are told they ‘ought to read’, Devaney felt cheated when she didn’t enjoy an estimated 300 of the the 900 books she had read.  (Perhaps she should have read Matt Haig’s advice on 30 Things to Tell a Book Snob.)

So how do you choose your next read?

By browsing the shelves of book shops?

Recommendations from friends and family?

Or perhaps feel the critics are out of touch and prefer read reviews from real people. (And by that I mean people like you.)

Do you consume every word written by your favourite authors? (I know I do.) 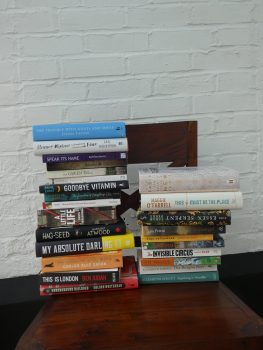 Books by authors who were new to me on the left, Books by ‘favourite’ authors (12 out of 32) on the right

Perhaps you scan the shelves of people who share your reading tastes. While they’re not looking.

Or do you always have a towering TBR pile and pick the book that you think will most suit your mood?

Are you more likely to choose a book if it has won or been shortlisted for an award? 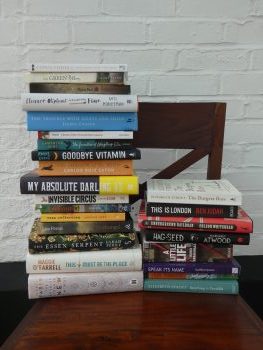 Books that have either won or been shortlisted for an award on the right. (10 out of 32)

Perhaps you’re drawn to books that have been adapted for film.

Or maybe you’re a sucker for a much hyped debut. 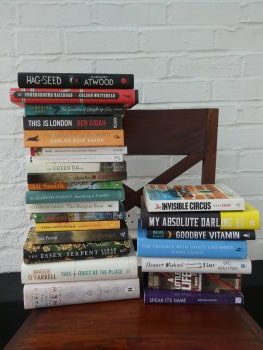 And, of course, many of you belong to book clubs.

As a writer, it is part of my job to read.  Research aside, I make it my business to read the very best of fiction in my genre. In marketing terms alone, I need to  seek out books that are similar to my own, but I also need to be aware of industry developments such as which titles are trending. I suspect that I may cast net slightly wider than readers who are not writers.

Since 2014, I have deliberately changed my reading habits. After becoming aware of the #readwomen campaign, I started to track what I was reading and made a worrying discovery. I, too, was guilty of reading a disproportionate number of books written by men. And because I selected books that were mainly written by men, when asked who my favourite author was, I naturally referred to John Irving. But if I wasn’t  reading books in the same genre as mine, written by women, how could I claim to know the market? 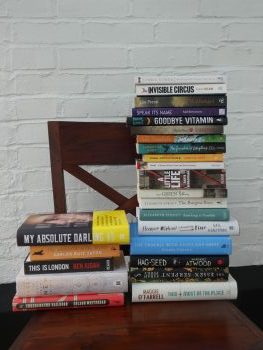 This year, I’m pleased to say that 75% of the books I read were written by women, an increase from 65% in 2016 and 58% in 2015 (2015 was the year I discovered John Ironmonger and devoured every word he had written). I have discovered a number of new favourite authors – Elizabeth Strout, Sarah Hall, Ali Smith, Emily St John Mantel and Chimamanda Ngozi Adichie, to name but a few.

Which were my favourites?

A Little Life topped my list of favourites by a mile. It took over my life for 3 weeks and left me utterly exhausted and bereft. Nothing I read in its aftermath stood a chance. The Trouble With Goats and Sheep was an absolute joy from start to finish. This is London (the only non-fiction book I read this year) should be compulsory reading. A deeply unsettling eye-opener about how rapidly the capital is changing, and the forces changing it. I admired My Absolute Darling hugely but, because of the subject matter, it is impossible to say I enjoyed it (although I suppose the same could be said for A Little Life). I adore Elizabeth’s Strout’s writing by these were not my favourite books by her. I would say the same for Ali Smith. Although had I discovered both of these authors this year, via these books, I expect they would appear as favourites. But This Must be The Place by Maggie O’Farrell didn’t disappoint, so that makes the top 6. What else? Speak Its Name is a work written about the conflict between being Christian and gay. It’s a really important work, but I didn’t think it was perfect. (I just don’t believe that people talk about faith quite so much in their everyday lives. Even though my mother does.) And I nearly forgot – Postcards From the Edge. I had been meaning to get round to reading some fiction by Carrie Fisher. My goodness, what a loss!

I look forward to many new discoveries in 2018!