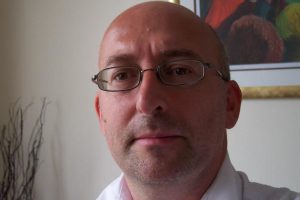 This week I’m delighted to welcome Michael Jarvie to Virtual Book Club, my interview series that gives authors the opportunity to pitch their novels to your book club.

Michael is a working-class writer from the North East of England. He is the author of the composite novel The Prison and the thriller, Black Art.

With a BA Honours degree in English Language and Literature from Birmingham City University and an MA with Distinction in Creative Writing from Teesside University, he has been interested in writing from an early age and, given his German heritage, is an accomplished translator from that language. He also writes screenplays and poetry.

Q: Michael, we’re going to talk about your novel, Black Art. Can I start by asking what makes it particularly suitable for book clubs?

It’s a fast-paced thriller with two lively protagonists (Mark and Annika) who bear equal weight in terms of the story. From reader feedback it seems to appeal to a male and female readership in equal measure and is certainly not geared to the former.

The plot is credible and it’s a riveting read with a cliffhanger at the end of each chapter.

Q: You previously contributed to my interview series, Art in Fiction. I’m interested to know if an image was your inspiration for the novel.

It was an image – that of a well-dressed man sitting in a room with the famous Franz Marc painting The Tower of Blue Horses on the wall. That painting was officially declared missing at the end of World War Two. It is still unaccounted for.

Yes. I already had the dialogue spoken by the heroine at the end. But I didn’t know the exact route I’d be taking!

Right at the outset. I knew that Black Art was the perfect fit since it expressed the theme of the novel so well. It hints at the black arts – i.e. diabolism – as well as phrases such as black market. 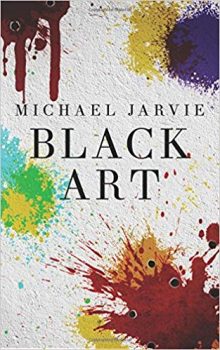 When former British Army sniper, Mark Blake, learns about a stunning hoard of missing art from World War Two he won’t rest until he finds it. Once his obsessive quest uncovers dangerous secrets from the past, can Mark really expect to defeat a powerful and hidden adversary who will do whatever it takes to stop him?

Q: What is the central conflict in your novel?

It’s a conflict between private and public. The controlling idea of the novel is that great art belongs to us all and should not be the property of one individual. In a sense it’s a Marxist thriller!

Q: Your protagonist is Mark Blake. How would you describe him?

He’s methodical, outspoken, daring, inquisitive. His name was chosen quite deliberately to contrast with that of the heroine, but for other reasons as well. Mark derives from the Roman Mars – god of war. A ‘mark’ is also someone who has been tricked or targeted.

The book has a Prologue set in Paris during World War Two. The events in the Prologue impact on the rest of the novel, which is set in the present day. The settings are London, Nice, Paris, Düsseldorf and the Black Forest (Germany) Tirana and Durresi (Albania). Some of these choices were determined by the historical background, others were chosen for their exoticism, e.g. Albania.

Q: Given your use of timeline and the number of locations, do you have a technique for keeping track of your fictional canvas?

I wrote an outline for Black Art as well as in-depth character profiles.

I had to read up on the occupation of France, art history (especially in regard to the art that is still missing since the end of World War Two. Fortunately, when it comes to my main character. who is a former sniper in the British army, I was able to speak to a work colleague who provided me with invaluable material from his previous life in the military. 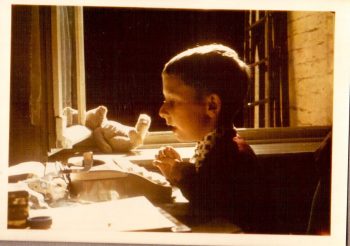 Q: Did you incorporate any real life characters into your novel? If so how?

Haha.  You must never cross me as a writer. If you do I will feature you in my work. One of my colleagues made the mistake of blanking me at work so I’ve included her in my novel. She’s the stupid, annoying woman who sits next to the hero’s girlfriend on the plane! I take only certain elements from the people around me when I’m creating a character. In many ways it’s the same process as Dom describes in Nolan’s film Inception. I never clone someone. Instead I take pieces from several people and create a sort of composite character.

Want to know more about Michael and his writing?