I remember when all of this was fields 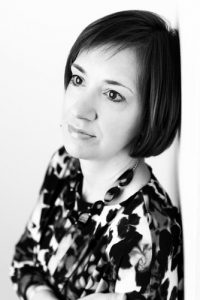 Why mix up historical and contemporary fiction when I would make my life as a writer a whole lot easier if I were to stick to one or the other?

Because I don’t see a clear dividing line between the two.

For me, when I think about my father saying, ‘I remember when all of this was fields,’ (something his father also said to him), the natural progression is to think of my generation who have no memory of fields – not so unusual if you live in London or its suburbs. I’m more likely to point at a block of flats and say, ‘I remember when there was a manor house here,’ or ‘This is where my middle school was.’ My interest is change, how it feels personal, as if you’ve been robbed of your memories, and sometimes you won’t even be aware what’s been taken from you until you return to a place you once loved, or were loved in. Somewhere that has acquired more meaning than the place itself. And, returning to that place, you stand there and try to take it in. The block of flats. The bland new housing estate. The multi-storey car park.

I am now very much aware that my reaction to, ‘I remember when all of this was fields,’ should have been to ask, ‘When was that, Dad? What happened here? What did the fields mean to you?’

As a writer, I can give characters histories, I can write memories into being. You might argue that they’re not real, but since my father died in April, I have learned that some of the stories he told me were just that. Stories. What is important is that he believed them, and because he believed them, these stories shaped him, and in turn shaped me. In fact, I have discovered that the story that inspired my novel These Fragile Things, something that I was convinced was part of my DNA, probably wasn’t true. I want to go on believing it, but the dates don’t stack up. There are a lot of dates that don’t stack up. Sheaves of paperwork that point to the truth.

Certain experiences and truths and universal, and my casts of characters always feel pretty damn real to me. Right now I’m writing more characters into my personal landscape – the land on which our house is built. Land that had an industrial history as a chalk pit. What an act of optimism it must have been to turn it into a pleasure gardens at a time when the trend for pleasure gardens had gone! And how did it finally became a residential street, indistinguishable from any other street in the area, but for subtle clues?

As you leave our street, the land opposite was a farm. Fields as far as the eye could see.

A working-class nightclub hostess, a Hollywood actress beset by scandal and a reclusive duchess locked in a loveless marriage. At first glance, they have little in common – but their lives are about to collide. Until 15 October, At the Stroke of Nine O’Clock is only 99p/99c. https://buff.ly/30z6VqT