Medical training, a jet load of baggage and a lively interest in sin... 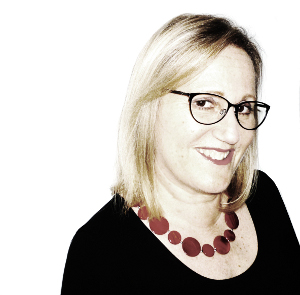 Today, I’m delighted to invite Carol Cooper to my blog. Carol is a doctor, journalist, and author.  I love her novel One Night at the Jacaranda, but this came after a string of non-fiction titles on health and parenting, and an award-winning textbook of general practice.  She works as a family doctor in London and is a journalist for The Sun, the biggest-selling newspaper in the United Kingdom. I’m keen to learn how she finds the time!

Carol, most writers start life as avid readers. When did your love affair with reading begin?

Before I could actually read.  As a child, I’d bash out random sequences of characters on my mother’s ancient typewriter, then ‘read’ aloud as if it was a proper story.  You’ve got to fake it before you make it, right?  When I was about five, I read everything in sight. My mother and I were in New York, and I remember reading every sign out aloud, which must have been infuriating.  The silent L in WALK and DON’T WALK fascinated me.  I’m still pedantic about spelling.

At what age did you start to write?

I’ve always written.  As a child it was stories about witches burning to death from smoking in bed, perhaps presaging the medical opinion pieces I now write for The Sun newspaper.  As a student I wrote music reviews, which got me into the best gigs in Cambridge, but writing was just a hobby till I began making money from magazine columns.  The articles in Punch were frivolous, though the other pieces were drawn from my experience as a doctor.  I then had a run of non-fiction books, and last year I published my novel One Night at the Jacaranda, which is finally the kind of book I’d most like to read myself for pleasure.

No writing qualifications, though my Catholic upbringing gave me a jumbo jet load of baggage and a lively interest in sin.  And I suspect my medical training honed my powers of observation.

Do you have any pieces of work tucked away in a bottom drawer that will never see the light of day?

Doesn’t every writer?  I doubt there’s much hope for the children’s book I wrote about railway stations in East Anglia, the story of a 14-year old girl confined to a wheelchair, or the tale of a female surgeon on the make.  She spent far too much time horizontal and never rose to the top.  Just like the manuscript, still languishing in a drawer.

Carol’s novel appears in the limited edition box-set Outside The Box: Women Writing women, available February 20 for 90 days only (pre-orders available from January 12.) This set of thought-provoking novels showcases genre-busting fiction across the full spectrum from light (although never frothy) to darker, more haunting reads that delve into deeper psychological territory. Find out more by visiting www.womenwritewomen.com

How did One Night at the Jacaranda come about?

The idea came to me out of the blue. I was on a flight to the USA, on my way to my father’s funeral.  As I sat sipping a much-needed gin and tonic, the idea for a story about a group of single Londoners popped into my head. There’d be a struggling journalist, a lonely lawyer, a newly single mother of four daring to date again.

I covered paper napkins with scrawled notes which eventually developed into the novel. Finally I’d embarked on creating the kind of book I’d want to read for pleasure. I wasn’t thinking about marketing angles. I just wrote.

I like to pretend that the story has nothing to do with my father. For one thing, it would have been far too racy for him. He’d have choked on a Harrogate toffee by page four.

Yet things fall into place when a parent dies, so his influence is there. The deeper message of One Night at the Jacaranda is that the characters can’t find happiness with someone else until they confront who they themselves really are.

Khaled Hosseini says that feels he is discovering a story rather than creating it.  Are you an avid plotter or do you start with a single idea and let the novel develop organically?

I’m with Hosseini. While I begin with a core idea, I then let the characters take over and do their own thing.  As an example, Harriet is freelance journalist who’s in debt to her live-in lover, and what she does in One Night at the Jacaranda is absolutely right for her personality and situation.  The same goes for the others, such as Dan, a traumatised ex-con who’s re-inventing himself to get on in the world.  Hampered by her past, beautiful lawyer Laure lacks the spontaneity and confidence she needs to forge lasting relationships.  Her ex Sanjay is facing terminal cancer and wants to have another fling before it’s too late.  GP Geoff is treating himself for erectile problems, and trying to cope with burn-out.  It’s like parenting.  Once your children can walk unaided, you need to allow them to make their own mistakes instead of plotting out a fate for each one. 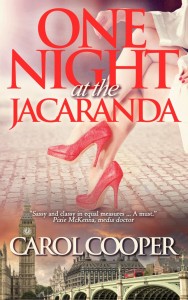 Can we see the influence of your ‘day jobs’ in your fiction?

Over the years I’d authored and co-authored many non-fiction books. The leap to writing fiction required new skills. But it was refreshing to write what I wanted to write, without worrying about word counts or thinking of appropriate illustrations. My experience in journalism shows, I think, in my short scenes, cutting from one character to the next.

Medicine has a huge impact on my fiction. You can’t put your patients in a book, but doctoring teaches you to observe. It’s no surprise that many great writers have been doctors. While I can’t pretend to be in the same league as Somerset Maugham, Michael Crichton, AJ Cronin, Khaled Hosseini or Abraham Varghese, I’m grateful that my work brings me into contact with such a wide range of people and situations.

Did you ever consider finding a literary agent and traditionally publishing the novel, or were you set on self-publishing from the get-go?

I do have a literary agent. Catherine Clarke at Felicity Bryan Agency looks after my health and parenting books. I think traditional publishing is the way to go with these titles, as I doubt I’d be able to put them in front of the right readers on my own.  However, unlike all my non-fiction, the novel wasn’t commissioned. Even in the best-case scenario, I reckoned it would take a while to find a publisher. I was also determined to write the book as I wanted to write it.

I never thought there was a stigma attached to self-publishing. In her late 70s my mother had self-published several bilingual books for children, and they had done well. Why couldn’t I go down the same road?

One of the joys of creative control is deciding how to present your work. Who designed your book cover, and what brief did you write?

One Night at the Jacaranda has a brand-new cover designed by the multi-talented Jessica Bell, and I think she did a terrific job.  She hadn’t read my book at that stage, so I explained that it was a racy romance set in London, and that I liked red, especially for shoes and buses. While there are amusing passages, it’s not typical chick-lit as there are also darker issues, so I didn’t think a cute image like Jojo Moyes’s or Jane Costello’s books would be right.  After seeing some comments about Nathan Filer’s The Shock of the Fall, I also thought it prudent to add that there are no trees in my novel (the Jacaranda of the title is a bar in Marylebone). 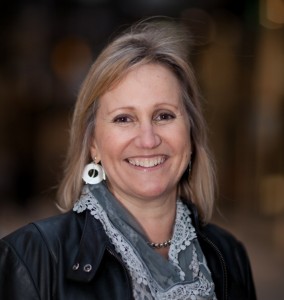 After evidence that reading reduces stress, GPs in the UK are recommending reading as a cure for mild depression and anxiety and have drawn up a list of feel-good reads including Cider with Rosie, The Secret Garden and Notes from a Small Island. Also featuring on the list are Lucy Diamond’s 2011 ‘chick lit’ novel The Beach Café, E. H. Gombrich’s 1935 non-fiction A Little History of the World, and Jasper Fforde’s 2005 crime comedy The Big Over Easy. What would you add?

As a GP myself, I wish more of my patients would turn to books.  I’d add Jerome K Jerome’s Three Men in a Boat, and Jean Kerr’s riotous take on family life in Please Don’t Eat the Daisies from 1957.  It’s out of print but well worth reading if you can get your hands on a copy.

What single piece of advice would you give to aspiring writers?

Keep writing and polishing until you’ve got a beautifully crafted paragraph, one that employs the full range of your dazzling vocabulary and shows off your virtuosity with language. Then cross it out and write something simpler.  The best style is the style you don’t notice.

If you’re intrigued, here’s a short excerpt from Carol’s novel:

They ended up having sex because he wanted it.  She was curious to know if it was as good as it used to be, which was stupid, because that was impossible.

Years ago, Harriet would go with him on the foreign jaunts he made to discover new music and find old instruments.  They couldn’t wait to get back to their hotel room, lift, wherever.  She would sit waiting for him in some dusty café under a wide-brimmed hat, pretending to write as she sipped an over-priced Fanta.  In reality she was rewinding the last tape of their love-making in all its knee-trembling, pelvic-clenching glory, complete with the after-burn in her lower belly that would last hours but was totally worth it.

Tonight, she also hoped that sex might put him in a good mood.  But all that was a lot to ask of a simple and, to be honest, wholly perfunctory fuck.  She moved her hips for a couple of minutes, building up to a crescendo when she half-heartedly faked a climax.  It did at least make him roll off and fall asleep.  Even Simon found it hard being supercilious during slow-wave sleep.

One Night at the Jacaranda is featured in the box-set Outside the Box: Women Writing Women. Why are you so excited about taking part?

This is a small group of acclaimed indie authors whose work I hold in the highest regard. I love their varied ways of telling a story, and what each of them has to say about the lives of women. What unites the writers is their desire to craft their fiction to be the best it can be. This set of books will be thought-provoking and hugely entertaining. I’m thrilled to be part of it.

Where can we find out more about you and your work?

My blog Pills and Pillow-Talk http://pillsandpillowtalk.com is about family life, fiction, and how I came to write.  Sometimes characters step out of the pages of One Night at the Jacaranda and into the blog to have other adventures.  You may like my Pinterest board http://www.pinterest.com/drcarolcooper/one-night-at-the-jacaranda/

My Twitter handle is @DrCarolCooper and I’m on Goodreads.  Finally there’s more about my medical career, journalism, and non-fiction on www.drcarolcooper.com.