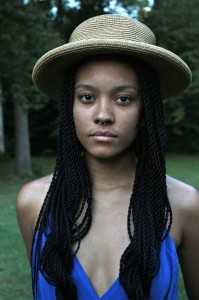 Today I’m delighted to welcome Amanya Maloba to my blog. Amanya is a fashion writer, stylist, and published author. She holds a Bachelor of Arts in English Language and Literature from the University of Chicago. Her fashion writing and photography has appeared in numerous print and online publications including the Huffington Post, Refinery29, and CollegeFashionista. Amanya has also participated in style campaigns with Finish Line and eBay. Harvest, published in July 2014 by Vine Leaves Literary Journal, is Amanya’s first collection of fiction. Amanya’s style and writing is influenced by her Kenyan heritage as well as her time living in London and miscellaneous travels.

On life as a writer

Zadie Smith talks about being able to best convey universal meaning through focusing on the specifics of a local environment. I call a number of places home and therefore try to convey the sense of intimacy with each of them. I think Harvest is unique in that way, where it covers a lot of places geographically, but doesn’t read as a travel novel. I wanted to cover many places in the world in part to show the commonalities of the experiences of black people worldwide with respects to beauty of culture and oppression from institutionalised white supremacy.

Being a part of two cultures – one where names are very important and another where they’re given out arbitrarily, I find that I have a lot of room to play around with character names. Most of the characters in Harvest have names of food, to show that names and personality traits are intertwined, but also to take the story out of the strict lines of observed reality. Whether a name is “believable” or not is not of importance to me. The main character is named Sukari, which is Swahili for sugar. Sugar comes up a lot in Harvest, and usually in a negative context. I chose to name the main character after this perceived evil to show that though we know the cause of our suffering, often times we’re so trapped and entrenched in ideologies and institutions, a lot of the fighting ends up being internal.

Q: Do you have pieces of work that you think will never see light of day?

I write a lot of love poems. But like most love poems, they’re pretty bad and hard to appreciate. It’s a shame that such a wonderfully terrifying feeling inspires such corny art, but for that reason they’ll never see the light of day.

What follows is an excerpt of Amanya’s writing.

Perhaps it’s best to throw all the shit we know in the dirt and see if it grows.

From what springs up, eat the fruit, water the trees, observe without picking the flowers.

Accept, but don’t indulge the weeds and the poison ivy – they’re just another part of the experiment.

As for what never resurfaces, consider it a burial then forget about it, and fast.”

Q: Are there any books on writing that you find useful and would recommend?

I don’t read any “how to be a writer” books or articles because I think they’re constricting and generally create more anxiety than creativity. However, I love the collection Letters to a Young Poet, by one of my favourite poets, Rainer Maria Rilke. The collection documents Rilke’s responses to a young, aspiring writer, and reads more as spiritual advice for any type of artist than a book on writing. 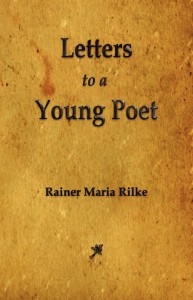 On life as a reader

Q: Can you remember being read to by your parents as a child?

I was read to a lot as a child. Most notably, my parents took turns reading Harry Potter and the Sorcerer’s Stone to me when I was in first grade. My mom also fell in love with the story and eventually we fell prey to the phenomenon. We were at the midnight release parties to get our copy and would alternate reading it until we were both finished. We also saw all of the movies – essentially a bedtime story turned into a thirteen-year-long affair.

Q: Have you ever bought a book for its cover?

I often buy books because of the cover. Actually, I pride myself on being able to tell if a book is going to be good or not based on the cover, the jacket blurb, and the first paragraph of the novel. My method of choosing books has only led me astray twice in approximately twelve years as a book buyer.

Q: How do you score on reading ‘the classics’? http://storycartel.com/blog/vote-results/ (I score very badly.)

I don’t really believe in the concept of ‘the classics.’ I think that historically it has been a very exclusive white man’s club, that serves as an arbitrary standard for what is considered excellent and valuable writing. As an English major, I inevitably had to make my way through a good number of ‘the classics’, and mostly found it helpful only in understanding other novels that allude to the same few ‘classics.’ Though some literary critics may consider it blasphemous, I consider the fact that I had to read so many Shakespeare plays over the course of my formal education a great tragedy and a general waste of time. I would encourage other writers and readers to independently analyze their criteria for what makes a novel excellent, and to trust their own instincts even if they’re not supported by static lists.

Q. Which books are on your bed-side table now?

I’m currently reading The Autumn of the Patriarch by Gabriel García Márquez and Slavery in Indian Country by Christina Snyder. I like to read one work of fiction and one historical or scientific text at the same time to balance the types of knowledge I’m taking in. Both fiction and non-fiction are good for researching – I get to focus on form and context at the same. 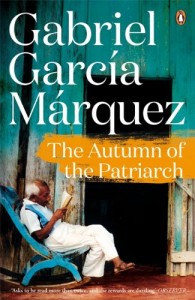 Q: Are you a book shop person or a library person?

I love both. I love walking into a book shop and seeing all of the beautiful covers and looking at the staff picks, and sampling books with a cup of coffee, before deciding which one to take home. Recently, I have been gravitating toward libraries because the idea of having stories for a while and then letting go of them seems to better parallel my experiences with reading. The ones that really stand out, I make a point of buying and committing to memory, but a lot of stories I just let go of to clear mental and physical room for the truly spectacular ones.

Q: On the decline of reading as a pastime, Man Booker-nominated novelist Philip Hensher commented that, unlike even twenty years ago, most people no longer feel “ashamed” to say that they never read fiction. How do you respond to that?

More than people not being ashamed to say that they never read fiction, most people, especially of my age group in the USA, feel no shame in saying that they don’t read, period. Many have become reliant on the internet for ALL of their information, and either were never taught the skills to find information in other places or just don’t feel it necessary. This concerns me not out of any nostalgic notion, but out of the very real concern that the internet as we know it is not going to be available to ‘regular’ people forever. Net neutrality policies confirm that people do not and will not have equal access to the internet, and my concern is that a generation of people are coming of age that don’t know the true meaning of independent thinking and should they one day realize everything is not on the web, they don’t have the tools to find information in books, journals, microfilm, etc.

I think reading novels allows people to engage their imaginations while simultaneously creating a greater sense of empathy since as readers we’re forced into the life and perspective of someone fundamentally unlike ourselves. It’s sad that more people don’t have that pleasure. 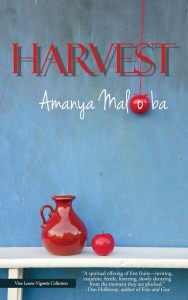 My website, http://amanyamaloba.com/ is where my bio, fashion portfolio, and book purchasing info can be viewed. Occasionally I go on Twitter rants at https://twitter.com/amanya_m