On the release of The Strange Girl 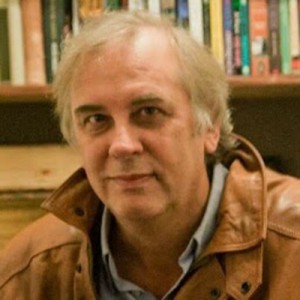 Today, I am delighted to welcome Keith Dixon to my blog. Keith says that he began writing as a presumptuous teenager – producing scripts for the TV show ‘The Avengers’ and sending them off full of anticipation and ambition. Undeterred by the lack of response, he started to write short-stories and then full-length books, writing seven novels in a period of two years when he chose unemployment over paid work. He found an agent for his science fiction stories, who sold a story for him … but unfortunately the agent died, and the agency with him.

Keith went on to study law and hated it, so he took a series of low-paid jobs (including proofreader for Rolls-Royce) while he continued to write. Eventually he enrolled on a creative arts degree, studying English with Creative Writing and Drama, gaining a First Class degree. That enabled him to study for a Masters in English Literature. He then taught English and American Literature at various colleges for the next half a dozen years, before, he says, the low pay became too onerous. At which point he became a recruitment advertising copywriter. Soon bored with this, he retrained as an Organizational Psychologist and spent 19 years working with large organizations on team building and leadership, before giving it up to write full-time. Of his roundabout career path, Keith says, ‘I think I’ve settled down now.’

Q: Keith, your new novel is The Strange Girl. Was it inspired by any real life events?

Where I’m living at the moment I’m fortunate to be friendly with a former high-ranking police officer. She’s full of (anonymous) stories about people and situations she knew, and the story of a police officer who was wrongly imprisoned because of the actions of his superior officer was of course fascinating to me. The plot of The Strange Girl takes its premise from that story, though the reasons for the actions of the people involved have been changed by me to suit the surrounding context. A previous novel in the series, The Hard Swim, was also based on two real events – first, the sinking of a ship carrying Jewish refugees from Romania to Palestine in WW2; and secondly, the parachuting of British SAS soldiers into France on the night of D-Day in order to disrupt the movement of tanks and artillery on the day of the invasion. I linked the two events in the book. 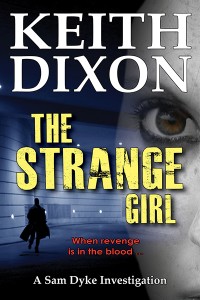 Q: You generally write in the genre of crime. What can readers expect?

I used to teach ‘serious’ literature but as a guilty pleasure I read crime novels, often imported by my boss from the US because they weren’t available in the UK. I learned to love the ‘hard-boiled’ style of detective/crime novel as instigated by Chandler and Hammett, but developed further by Ross Macdonald and later Robert Crais, Robert B. Parker and Dennis Lehane. So my Sam Dyke novels are an attempt to take the noir, hard-boiled ethos from that style and apply it into a British context. My character is a displaced Yorkshireman working south of Manchester. He has a sense of right and wrong derived in particular from his father and a persistence – or intransigence – that he’s developed through his own experience. The books aren’t clue-heavy mysteries but try to tell interesting stories about a range of people struggling to do their best in difficult circumstances.

Q: Do you find yourself returning to any recurring themes within your writing and, if so, are you any closer to finding an answer?

I’ve been surprised to find, lately, that a lot of the time I’m writing about family relationships – fathers and sons, daughters and fathers, and even surrogate parents and children. This is no bad thing. Both Chandler and Ross Macdonald constantly used family betrayals or difficulties as the backgrounds to their books. I’m not aware of working through any personal issues during this process, but maybe I am!

Q: What was your first recognition as an author?

When I was twenty, I had a short story published in a new science fiction magazine that also contained a part-story by Michael Moorcock, then the doyen of British sci-fi. As he’d earlier rejected the same story for his own magazine, it felt sweet! Much later I won a play-writing competition in the North West of England for a play based on the life of Isaac Newton. 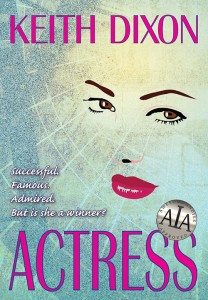 Q: What is your ‘writing routine’ – if it can be said that such a thing exists?

When I was younger I used to ‘squeeze out’ about a page of writing in the evenings, having spent most of the day re-writing the previous day’s work. These days I spend the morning marketing and reading and posting on various blogs, then settle down to write in the afternoon. I compile the writing into a format that I can then read on my 7” tablet, and when I go to bed I read it and mark it up, almost as though I’m reading a book by a stranger – seeing the words in a different form means that you respond to them differently than on the laptop screen.

Q: Do you find it helpful to work to a set word-count?

I used to try for three pages a day because I read that was a good average. With the writing program Scrivener, however, you can actually set project and session word counts, which accumulate as you type, so I now set the project target to 80,000 words and the daily session to 2,000. I don’t always reach that, but then again I often surpass it.

In my earlier novels I used to start with an idea but wait until I had a beginning, a middle and an end. Then I’d write ‘away’ from the beginning to the middle, then ‘away’ from the middle to the end. It was excruciating and laborious, and it took me seven years to write the first Sam Dyke book. I’ve since become an avid reader of ‘how-to’ books and I like the idea that readers have expectations of the flow of a story, which you can set up as the bare bones of your novel. So now I spend a lot of time brain-storming at the beginning until a plot emerges, then I plan that out very carefully, chapter by chapter, which enables me to map out character development and story development hand in hand. Of course you can still have ideas that you incorporate later, and characters do take on a life of their own as soon as they start talking. But on the whole I know where I’m going and stick to it. 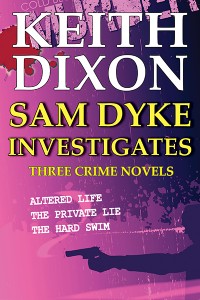 Q: Why did you decide to switch to different characters’ points of view?

One of my favourite writers is the American crime writer James Lee Burke. Almost all of his novels are written in the first person by his hero, Dave Robicheaux. However, early in the series he started experimenting by having the beginning of the occasional chapter written in the third person from the point of view of another character. This was explained as being a part of the story ‘as told to’ Robicheaux later on. In more recent books, though, Burke doesn’t even bother with that explanation and shifts us into other characters’ heads just because he can. Other crime writers have followed this example, too – for example, Jefferson Parker. I like doing this because the first person perspective can be restrictive in terms of exploring others’ personalities and motives, and if I can take ‘time out’ to see the world of the story from another character’s perspective – especially the bad guy – then it adds a depth and a richness the book might not otherwise have.

Q: Are there any books on writing that you find particularly useful and would recommend?

I have a couple of shelves full of books on writing technique, but those I’ve found most useful are Sol Stein’s works, especially How to Grow a Novel: The Most Common Mistakes Writers Make and How to Overcome Them

Also, the literary agent Donald Maass has written a couple of very useful books that help you see your work from the commercial perspective – i.e. what editors and publishers are looking for: Writing the Breakout Novel.

I’d spent many years and a lot of postage money writing to agents and publishers, and while I did get some interest and ‘full reads’, they never actually committed to either represent or publish me. So when it became possible to take charge of your own destiny by publishing yourself, I thought I had the perfect skill-set to do it – I’d worked as a proofreader, a copywriter, an editor and a writer. I was an early adopter into Lulu.com and then worked for them online in a ‘Helpline’ capacity, so I learned a lot about formatting and publishing books both physically and online. In the end it was a no-brainer for me.

Q: As a self-published author, how do you divide your time between writing and marketing?

As long as I reach my writing target for the day – or get close – then I can spend the rest of my time networking online, writing blog posts and searching out new ways to market the books. I’d say the split is currently 40% writing and 60% marketing, during a working day. 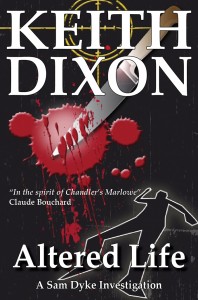 In my blog, Crime Writing Confidential, I write extended reviews and critiques of crime novels. My intention is to understand how the writers have achieved what they have, almost in a technical sense. I’m not quite so interested in story or narrative as in the nuts and bolts of style and technique. I enjoy writing the posts, but they can be hard work! The site is here: www.cwconfidential.com