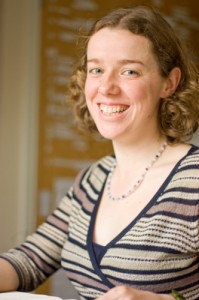 Today, I’m delighted to welcome Chloe Banks to my blog. Chloe is twenty-eight and lives in Devon with her husband and baby son. She says that she started writing earlier than she can remember and was writing ‘novels’ for her sisters by the age of eight. Despite this early promise, she neglected literature for sport and science for many years. It was only while doing a science degree that she returned to the fold when she accepted a dare to enter an undergraduate novel competition. After being shortlisted for the award she found the urge to write refused to go away again. She has been writing short stories and flash fiction since 2008, winning a handful of prizes along on the way. In 2012, Chloe was signed to The Andrew Lownie Literary Agency for her first novel, The Art of Letting Go. It was released in July 2014 by Thistle Publishing. When not writing, Chloe spends her time looking at pretty graphs, walking on Dartmoor and eating pudding.

A little about The Art of Letting Go

To the inhabitants of Brackton, retired physicist Rosemary Blunt is nothing but a respectable recluse. But Rosemary has a secret, and he’s lying comatose in a hospital only a few miles away. Should she let him live, or let him go?

Into the midst of Rosemary’s dilemma comes bohemian artist, Ben. His abstract pictures and fixation with painting God disturb Rosemary, and yet she finds herself unable to keep away. As summer passes and an unlikely friendship develops, it becomes clear that Rosemary is not the only one with something to hide. Nor is she the only one battling the ghosts of the past.

Rosemary and Ben must decide whether to trust each other, choosing between the madness of admitting the truth and the insanity of maintaining their lies. With their lives unravelling around them, can they help each other to confront the past, or are there some secrets too terrible to be told? 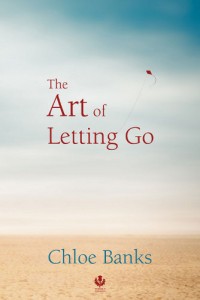 Q: Chloe, if you were trying to describe your writing to someone who hasn’t read anything by you before, what would you say?

My writing has been described as thoughtful and compelling by various agents and publishers, but also as quiet. I think what that means is that my stories tend to have a strong psychological element to them. They often have twists, but not car-chasing, gun-shots kind of twists – twists in character, and motivations, where lies unravel and secrets are exposed.

I had a working title – Thousand-Word Things – from very early on. I loved this title, as did my draft readers. However, my agent thought it wasn’t commercial enough so I came up with The Art of Letting Go before we submitted to publishers. I then found out that Mariah Carey was releasing an album with exactly the same name! I nearly changed it again, but the title fits the novel so perfectly I couldn’t do it. And, as it happens, Mariah changed her title in the end.

It didn’t take long before I was cursing myself for choosing to write a novel about an abstract artist. I know nothing about art. In the first draft I tried to skirt around the issue, but that was ridiculous so I got reading instead. I learned just about enough about the major art movements from the 1890s to 1920s to sound moderately intelligent at parties (or at least, the kind of parties where people talk about art), and answer one or two questions on University Challenge.

Q: Have you had any rejections that have inspired or motivated you?

When the first rejections came in from publishers, it was actually quite exhilarating – here was my novel being represented by a top agency and evaluated by the big publishing houses. Although it was disheartening at times, having real-life publishers saying that I wrote beautifully or told a story with confidence and verve even as they rejected me, helped me a lot. I even have my “favourite” rejection stuck on the wall so I can read it regularly and remind myself I’m not wasting my time.

Q: Why did you decide to switch to different characters’ points of view?

I tried writing my novel from one point of view in the third person and it just didn’t work. Because a lot of the plot is based around secrets and lies, I felt it was important to allow each of the four most prominent characters to tell their own stories, so the reader could decide for themselves who they trusted.

Q: Is there a phrase or quote about writing that you particularly like?

C.S. Lewis said, “Since it is so likely that [children] will meet cruel enemies, let them at least have heard of brave knights and heroic courage. Otherwise you are making their destiny not brighter, but darker.” I think this is a powerful argument for the importance of story-telling for people of all ages.

Q: I see that you write flash fiction, short stories, poetry, novels and – something that I hadn’t heard of before, txtlit (a story the length of a text message). These are very different disciplines. How, in your opinion, do they compare/differ? Which is your preference?

Apart from a zombie cautionary tale I wrote as a joke, I don’t write poetry, although I have a lot of respect for it. I don’t think I could choose a favourite of the other disciplines. I see novel-writing as being my main work, but I love the economy of short stories. In a novel you have space to explore subjects in depth, in a short story you have to be a lot tighter – find ways of describing something in a few, perfectly-chosen words. I think most novelists, especially ones who are just starting out, could learn a lot from the discipline of short story writing. I suppose I feel most satisfied with writing novels, most creative with short stories and have the most fun with flash fiction – the shorter the word limit, the more exciting it is to write! 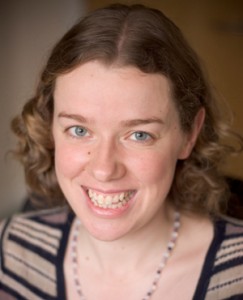 Q: You also write short stories. Have you ever started writing a short story and thought, this has the potential to be a novel?

The Art of Letting Go actually started out as three failed short stories! I had two stories and one bit of flash fiction that all contained elements I was pleased with – an idea, a particular bit of writing, a character – but I couldn’t get any of them to work as a whole. When I was stuck for an idea one day I decided I would use NaNoWriMo (writing a novel in a month) to smash together these elements and see if I could make a novel out of them. It was only meant to be an exercise, and it was a huge mess by the end of the first draft, but by then I wanted to know how it would turn out, so I kept going for another year, until it resembled a workable novel.

Q:You refer in your website to your sense of childish wonder. Do you think that looking at the world with the eyes of a child – the daily discoveries and enthusiasm – is essential for authors? Was this something you rediscovered through having a child of your own, or have you been fortunate enough not to become jaded?

I don’t think I could ever become jaded! This world is amazing. People are amazing. I think that attitude certainly helps a lot of writers, although some writers get by through having exactly the opposite attitude – they cultivate a sense of world-weariness, of cynicism, of despair about humanity. I suppose it depends on what you want to write. All writers need to have some sense of hope though, or we wouldn’t be able to start out on a new book!

Q: I believe that no experience is wasted. Are there any ways in which the logic of your science degree is carried into your creative writing? Or do you see them both as creative?

I have always seen myself as a logical and scientific person, not a creative one. I’m only just coming to terms with other people thinking of me as creative. Science, however, is incredibly creative. No invention or scientific breakthrough is made without the creative thinking of scientists – people who are prepared to think differently. For me, perhaps the best legacy studying science has given me is to increase that sense of wonder at the world, and to make me ever more curious.

Q: Of course, all writers are readers. Who is your favourite fictional character and why?

I love antiheroes, because I think they are the hardest to write. I have so much respect for a writer who can create an unlovable character who has unexpected heroic qualities that make you question your whole attitude towards them. Sydney Carton from A Tale of Two Cities is my all time favourite, and I think Severus Snape from the Harry Potter books is very intelligently-written. 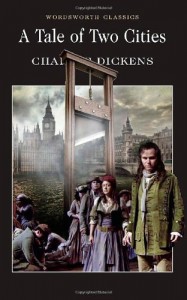 Q: Do you set yourself any reading challenges?

Yes! I do like a challenge, especially if it involves lists. In 2003, when I was sixteen, the BBC did a poll to find the nation’s favourite book. They drew up a list of the top 100 in that poll and I promised myself I’d read them all one day. It took me a decade, but last year I finally finished with The Godfather by Mario Puzo. There were some books I couldn’t stand (Hello, On the Road by Jack Kerouac!), but I also read loads of books I might never have bothered with if I hadn’t had this list. Ulysses alone was a massive challenge to read. I gave eleven books ten out of ten for enjoyment, and they covered a huge range of genres and authors – Stephen King to Charles Dickens, John Irving to Jane Austen. I am now asking people to create a new list of “must-read” books for me by making suggestions on my blog.

Q: I notice that you picked this quote from Man Booker winner Richard Flanagan for your blog: “To be a writer is to journey into humility. It is to be defeated by ever greater things.” What about this spoke to you?

Humility is an underrated virtue. In modern society we are encouraged to blow our own trumpets, prove ourselves to the world. I am great believer in allowing other people to decide how good you are at your job! I also feel that writing for me is indeed a process of being defeated by ever greater things. As I get better at writing I don’t stick to the same goals – with each piece of writing I am aiming to explore something bigger or deeper, or create something more beautiful. This means that I am always trying to write to one step above my ability! If ever I write something well, there is always something harder to write hovering just out of reach. I’m sure somebody once said that writing a book was the process of ruining a perfect idea. That’s what it feels like – every idea I have is brilliant and flawless, until I start writing it! It’s good fun trying to ruin those perfect ideas as little as possible though. That’s what being a writer is about.