Talking about her third novel, Oz 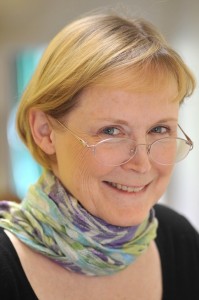 Today, I’m delighted to welcome Bobbie Darbyshire back to my blog, shortly after the release of her third novel, Oz. I interviewed novelist Bobbie Darbyshire on this blog in May 2014 about her writing and reading habits and her tips for aspiring writers. The tip I liked best was, ‘Write fearlessly; banish the worried ghost of your mother from your shoulder.’ Oz, just out, is getting an enthusiastic response from readers. Her earlier novels are Truth Games and Love, Revenge & Buttered Scones, and she is currently polishing a fourth. Winner of the 2008 fiction prize at the National Academy of Writing and the New Delta Review Creative Nonfiction Prize 2010, Bobbie has worked as barmaid, mushroom picker, film extra, maths coach, cabinet minister’s private secretary, care assistant and volunteer adult-literacy teacher, as well as in social research and government policy. She hosts a fortnightly writers’ group and lives in London.

Q. So tell me a little about your latest novel, Oz.

It starts with a mystery, and it ends with a nail-biting tug of love for a little girl called Matilda, aged seven. A young man, Mark, is making a mess of his life – marriage on the rocks, in danger of losing his little daughter, letting down his adult literacy students – when his mother is killed in a road accident. Shocked and grieving, he moves into his mum’s house to hide from his troubles and begins to uncover a secret that will upend everything he thinks he knows about himself. I can’t tell you much more without spoilers! 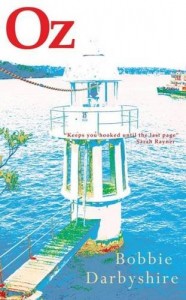 I called it Oz very early, and the title became a touchstone and guide as I wrote. The word reflects the story in three ways. There’s a mysterious character called Oz. Events take some of the characters to Sydney, Australia. And third (though it doesn’t matter at all if readers don’t notice this) the story has echoes of The Wizard of Oz, not least in the contrast between Sydney’s glittering heat and Battersea’s dreary grey winter.

Q: Sydney is a great setting. Why did you also choose Battersea?

It’s where I live myself. Not in the same streets as Mark’s mother, but I know those streets well. My first two novels were set in Inverness (Love, Revenge & Buttered Scones) and north London (Truth Games), and this time I felt the urge to put my own locality on the page – Clapham Junction, Lavender Hill, Tooting Broadway, the 77 bus route, The Hole in the Wall pub at Waterloo Station. I’ve been asked if I’ll write about this area again, and the answer is maybe, but the fourth novel I’m polishing is set in Brighton, another city I’ve lived in (and have a big soft spot for).

Q: What were the major topics you had to research?

Sydney, most of all. I spent three weeks there in 2001, and while other tourists were clicking their camera shutters, I was constantly scribbling in a notebook, both out and about and back at the hotel, recording not just what I saw and heard, but my emotional responses, jetlag symptoms, etc. I drew also on twelve years as an adult literacy classroom assistant, and I went on a day trip to Hove, again with a notebook. Kind friends and friends of friends helped me with details and dates in respect of Sydney, with the law on removing a child, with what it feels like to deal with a child in a tantrum, and with authentic Connecticut and Aussie dialogue. And of course I did a whole lot of Googling this and that!

I set off with the intention of writing from just one point of view, because I’d never done that before and wanted to prove to myself that I could. It was not to be. Halfway through I realised I had to tell the story of Mark’s mother, not by contrived literary means like ‘discovered diaries’ but freshly, through Nancy’s own experience. It hit me that, far from being a cop-out, this would provide constant dramatic irony between what Mark thinks he knows of his mother, and the reality of Nancy’s life thirty years earlier. 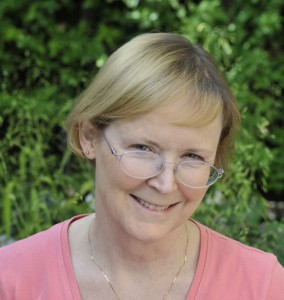 Q. So how is Oz going down with readers?

It’s early days…. but I’m pinching myself at the enthusiastic messages I’m getting – people telling me they raced through it, couldn’t put it down, didn’t want it to end. Ha ha – there were times when I very much wanted it to end! It took me five years (and counting) to write it, and I was more than once horribly stuck, determined not to go forward until I’d fully realised the characters, particularly the flawed and complex protagonist, Mark.

Bobbie has kindly provided the first page of Oz as a taster:

By the time I’ve walked back to Clapham Junction it’s dark. A bitter wind cuts through the crowd on the platform, but that’s not why I’m shaking. I pull out my mobile and dial Hove. ‘Dad,’ I say.

‘Dad, I’ve something to tell you.’

I imagine him at the window of his flat, looking out at a turbulent sea. The phone’s clamped to my cheek. ‘She’s dead,’ I say.

I hear his intake of breath, but his words are drowned by the station announcement. ‘… seventeen twenty-one… calling at Vauxhall and London Waterloo.’

He wants to know how, of course. I close my eyes, breathing short, difficult breaths. It’s a joke in bad taste. My brain can’t bypass the words, so I’m blurting them out. ‘She fell under a bus.’

‘Whitehall. This morning. Not looking.’

I stall. Sorry. The word’s wrong.

I need him to protest. To tell me this isn’t happening.

For me he means, not for her. He ran out on her twenty-five years ago when I was small. The old anger surges. Useless.

Q: Your three novels are very different in style from each other: Truth Games a wry look at infidelity in the 70s, Love, Revenge & Buttered Scones surreally comic, and now Oz quite serious and melancholy, albeit lightened by humour. What would you say they have in common? What can readers expect of your next one?

People tell me they recognise my voice across all three novels. I think hard about how to make the pages turn, so they’re all quite pacy. And they each contain dark and light, humour and tragedy – in books I read myself I particularly like the poignancy of sadness and humour combined. After five years writing Oz, I felt the need of more lightness for the fourth, which is therefore surreally comic again. But it’s not a repeat of Love, Revenge & Buttered Scones. The humour is blacker, and the surrealism involves a rather alarming afterlife – one of the two protagonists is a ghost in a serious fix. 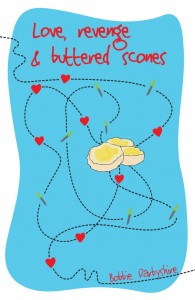 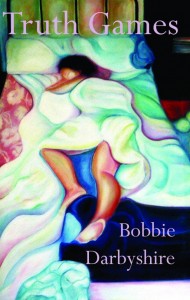 Q: Finally, how do you feel about people borrowing your books from their local library rather than buying them?

One of the great pleasures of being published is getting the annual Public Lending Rights email, not so much for the payment (although that is lovely) but to imagine my books being discovered on a library shelf, borrowed and read. I’m a passionate believer in libraries and dismayed that so many are falling victim to the current austerity cuts. I belong to reading groups in two libraries and have given talks in many others. I’ve just been asked to contribute quotes to a ‘support your local library’ campaign, and I’ve offered three, all heartfelt.

“Forced to choose between sliced bread and a public library, it would be the library, no contest.”

“My childhood would have been impoverished without local libraries. Today’s children need libraries too.”

“Libraries offer the whole universe for free and ask nothing in return, except that you keep them open.”

Bobbie loves to hear from readers and fellow writers and she is happy to visit book groups or do talks anywhere accessible day-return by public transport from London. You can find her on Facebook, Twitter, Amazon or Contact an Author.