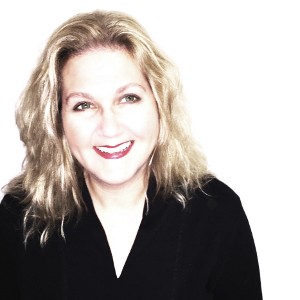 Born into a family gospel/ bluegrass band, Joni grew up on stage, opening for huge-haired, sequin-bedazzled country-western legends of the 1960s. She has always loved setting words in rows and started seriously writing in the 1980s while living on a fire tower in California’s Trinity Wilderness with her husband. She kept writing for the love of it as a young mom working on theatre and voiceover projects.

Then in 1994, at age thirty-two, Joni was diagnosed with non-Hodgkin’s lymphoma, a virulent blood cancer and writing became her route to recovery. In 2001, Bald in the Land of Big Hair, her memoir about ‘the chemo thing’ was published by HarperCollins, extraordinary people started asking her to help them tell their stories, which is how she ended up ghostwriting, book-doctoring, and editing between novels.

In 2011, Joni started her own indie e-press, Stella Link Books, to publish a 10th Anniversary ebook Edition of BLBH (foreword by fabulous Elizabeth Berg!), her backlist books, new novels, and ‘whatever else I feel like publishing on my own label’.  As she says, ‘It’s a thrilling time to be in the book business.’

You can read my recent interview with her here (it’s amazing), but today, I’m handing over my blog to her to do with it what she will, and as you can see, she’s come up with one hell of a headline.

I did not go to the nude beach that day. For one thing, I was in LA for a business meeting, and even I am not creative enough to spin “admission to nude beach” as a deductible expense. Also, it was quite chilly on the pier where I stood fully dressed, watching the sunset.

As I stood on there, a pleasingly plump elderly couple chatted me up and invited me to visit the clothing optional spot. It’s quite common for me to chat it up with people, but the nude beach proposition was a first.

“There’s nothing kinky about it,” they assured me. “All good clean fun. And there’s nothing to be self-conscious. We celebrate all body types.”

I declined, but I pondered, and on my way back to my hotel, I stopped at a coffee shop to jot down a few notes which led to a writing workshop I delivered a few months later: “Fat Nude Writing: Celebrating Creative Freedom Through Craft Excellence.”

The first step to fat nude writing is the acceptance of—and even a delight in—the gifts of imperfection. I stood in awe of these two people on the pier; they were not thin, they were not young, and by plasticized LA standards, not beautiful. But they talked about utterly enjoying living in their bodies without a trace of apology or a whiff of delusion.

“Perfection is an illusion,” the old man told me. “Pursuing it is futile. And false.”

“Truth is beauty,” his wife recited, “and beauty truth.” 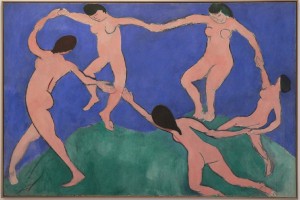 Authenticity – not perfection – is the quality that makes fiction feel rich and resonant. A tree struck by lightning, an angry God, a stretch-marked mother, a gut-shot young man, two bountifully fed oldsters holding hands as the sun sets on their life together. Stories are made interesting and characters beautiful by trial, by scar, by imperfection.

But then comes that terrifying nudeness. You can tell, as a reader, when a writer is shielding herself emotionally. Or when she’s trying to disguise a flabby plot with an empire waistline of clever prose. But hiding and posing wastes so much energy. I’d rather spend those calories figuring out the best way to utilize my quirky creative impulses.

Fat nude writing requires that we accept the essence of what we are at this moment. Yes, we remain committed to a lifelong learning process, an unceasing effort to become better, but at this moment right now, I am who I am, and I cannot write from any other self.

You can find out more about Joni and her writing on her website.

OUTSIDE THE BOX: Women Writing Women, is available for 90 days only from Feb 20, 2015. Only £7.99/$9.99 for all seven novels from seven boundary-breaking writers. For more information go to www.womenwritewomen.com