How much should an author leave to the reader's imagination? 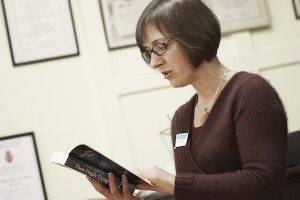 I loved the idea of William Boyd’s new novel, Sweet Caress. Who doesn’t look at a ‘found photo’ and wonder about the person pictured? And as for the idea of novel that charts the century through the eyes of a single photographer? Lartique got there first with his Album of a Century. Opening the book for the first time, the hairs on the back of my neck stood on end. I realised that I was opening a family photograph album – albeit one taken by an incredibly talented amateur. Nothing is hidden. The collection charts everything from his privileged upbringing, the inventions of motor cars, the first few experiments with flight, his marriage, his children, the loss of a child, his affairs. I loved the idea so much that I wrote I Stopped Time. It was an incredibly proud moment when one reviewer wrote, ‘This book voiced everything I’ve held inside of me as a photographer.’

Imagine, if you will, discovering of a cache of photographs; the instinctive knowledge that what you are holding in your hands is rare and precious. You won’t be the first to experience this, but that hardly matters, because it will feel as though you are.

Anthony Penrose grew up thinking that he had one famous parent, but discovering his mother, Lee Miller’s,  work (60,000 negatives, prints and manuscripts) in the attic of Farley Farm House after her death, he felt that he had missed out on knowing someone rather extraordinary.

More recently, photographer Eric Swayne (who died in 2007), left a cardboard box marked ‘do not throw out’ for his sons to find. In it were some of the most unforgettable black and white images taken in the Sixties: Keith Richards, Mick Jagger, Jane Birkin.

After collector John Maloof bought a box of Vivian Maier’s photographs in 2007, he shared them on Flickr while piecing her life together through a series of images, in which Maier shows us the extraordinary in the everyday.

“With the daguerreotype, everyone will be able to have their portrait taken—formerly it was only the prominent—and at the same time everything is being done to make us all look exactly the same, so we shall only need one portrait.” Søren Kierkegaard

Bringing a century to life is a challenge. Said Boyd of Sweet Caress, “When you’re constructing a life you have to use a lot of artifice to make it seem artless, a lot of organisation to make it seem random – because life is random,” said Boyd. “It’s part of the construction, the technique of writing these long novels that cover many decades: you have to encompass that random chance element that exists in everybody’s life.”

What could be more random that constructing a life around seventy-five uncredited and unrelated photographs, collected over many years? In my mind, as a premise for a novel, this proved to be far too random.  It comes as no surprise to me that reactions to the book are mixed. I find myself sympathising with one reviewer who wrote, ‘I don’t believe in Amory Clay or that her life was anything other that (sic) chosen to reflect the episodes that Boyd wanted to write about – and for which he had found photos presumably.’ And another: ‘My question, having read this novel, is: why was it written? I have a feeling the answer is that it was written around the photographs (or one in particular), rather than photographs being found to illustrate the writing.’

The novel’s narrator is Amory Clay, born 1908, who, at the age of seventy, is reflecting on her life. (It is unfortunate that the book has been advertised as the story of a century, when we are only given a brief glimpse of Amory’s childhood, and the novel ends in 1977). Amory’s career as a photographer takes her from London where she photographs the smart set, to Berlin where she captures its nightlife. She then shoots fashion for a New York magazine, is caught up in the blackshirt riots in London’s East End, becomes a photo-journalist reporting on the second world war in Normandy and, much later, the Vietnam war. Finally, she embarks on a personal mission to track down her daughter, Blythe.

For me, Boyd cast the net too wide. It wasn’t that the trajectory was unbelievable. (For evidence that coincidences happen in everyday life, look no further than Lee Miller’s biography.) It was simply that each segment seemed underdeveloped and the reliance on the photographs appeared too great. I didn’t feel the atmosphere of Berlin nightlife. I didn’t experience the chaos and the terror of the blackshirt riots. There was no sense of Amory’s fear of poverty while she convalesced for a year. (We were told that her writer father became ‘temporarily rich’ after one of his short stories was dramatised in 2010, and yet, more than twenty years later, her parents maintained a country house with a quota of servants.) But the greatest disappointment was that I didn’t feel Amory – or Boyd’s – love of photography. Like it or not, there are three aspects to photography – the technical, the emotional and being in the right place at the right time. You might call it chance, or opportunity. Boyd gave us hints of the technical, he gave us the opportunities: what he did not give us was emotion.

Reading the book gave me a number of uncomfortable moments. Seeing the photographs in context, I realised that I was making far more judgements about its characters than I would have done if the author had simply described them. The women in the pictures – Amory included – weren’t beautiful, and yet we were supposed to believe that one man crossed continents to track Amory down after a chance meeting. At the age of fifty-nine, we are supposed to believe that she had a brief affair with an extremely good-looking Australian who appeared to be no more than thirty. (With the exception of one of her lovers, all of the men in the novel are described as being extremely good-looking.) And unfortunately Boyd didn’t reveal enough about Amory’s personality to convince me that she was intriguing. In fact, to the end, Amory Clay remained elusive.

There is another problem with the photographs – although this may have had more to do with their reproduction – which is expressed by this reviewer. ‘I kept thinking that the standard of the photos was much too weak to make her career successes credible.’ Yes. This was a woman whose photographs supposedly appeared in newspapers and magazines and whose collections were turned into books.

For an example of how a photograph can be used brilliantly – powerfully – to set-up a novel, try the prologue of Shelley Harris’ Jubilee. You can read it here. The story that unravels, is course, about those before and after moments, but it is that description of photography – what it is for – that has stuck with me.

I heard Colin Dexter speak at a writers’ conference a couple of years ago. He said there is no such thing as creative writing – and then he quickly corrected himself: Yes, there was such a thing. When the owners of a failing Oxford pub changed its name to the name of the fictional pub in his novels, that, he said, was creative writing. For me, Boyd’s creative coup comes in the most unexpected of places – the acknowledgements at the back of the book. After a lifelong love affair with photography I was familiar with some, but not all, of the names of photographers he mentions. Scattered among the names of real women are two of Boyd’s characters, Renata Alabama and Mary Poundstone. Cue Colin Dexter…

I describe many images in I Stopped Time, some of them real, some of them pure invention and – because, influenced by Frank Hurley, my main character specialises in montages – some of them combine both real and imagined images. They show how my main character, Lottie Pye, experimented with what was still a new medium. I also had a very real picture of Lottie in mind. Only two photographs (and many inherited stories) survive of my father’s mother, Josephine, who died when he was two. These hung on our living room wall all of the time  I was growing up. If I close my eyes, I can see them clearly. She has my older sister’s features. In one, she is a teenager and wears her long hair (it was auburn) in ringlets. The other was taken on her wedding day. Her hair is bobbed, in the style of the time,  and she wears a short lace veil. At no point would I have published those photos. I believe it is up to the reader to finish the story, and part of what a reader does is imagine how characters look. As a near-perfect illustration of this in action, I read a post on Facebook today in which a member of a reading group wrote that his friend watched a woman dancing all night because, he said, ‘she looked like a character in a John Irving novel.’ Isn’t that wonderful? 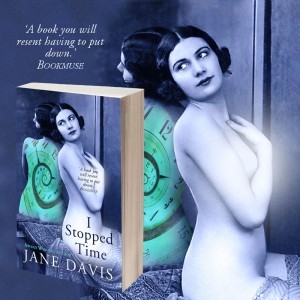