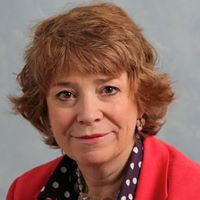 Today, I’m delighted to welcome Anne Coates to Virtual Book Club, my interview series which gives authors the opportunity to pitch their novels to your book club.

Anne is a freelance journalist who has written seven non-fiction books and two collections of short stories. Death’s Silent Judgement is the second Hannah Weybridge thriller set in 1990s London. Anne also edits and abridges fiction and narrative non-fiction. Her freelance journalism has taken her from interviewing prostitutes to visiting gas rigs on the North Sea, from profiling a financial fraud department to interviewing Glenda Jackson MP, with lots of writing about health, parenting and travel in between. She lives in London with three cats who are unimpressed and do their utmost to distract her while she is writing.

Q: What is it about Death’s Silent Judgement that you feel makes it particularly suitable for book clubs?

I hope it offers many and varied themes for discussion. What interests me is the concept of friendship and how it is viewed differently by various characters. This book also touches on absent fathers. Although set in the 90s, many themes are still prevalent today: FGM, trafficking of girls/young women, homelessness. In the background of this book and Dancers in the Wind, people in high places manipulate people and situations and assume they are above the law. That, I feel, is still the case.

Q: Your protagonist is Hannah Weybridge. What five words best describe her?

“Hannah Weybridge is a tough and thoughtful lead and the opening chapters take us with her, straight into the action.” ~ Amazon Reviewer

Hannah Weybridge is a freelance journalist who lives in south-east London. As do I. Much of the action takes place in Waterloo, the first murder discovered in St John the Evangelist Church there. I had made this the place where murdered Liz Rayman ran a dental clinic for the homeless of cardboard city in the Bull Ring. When I began the novel I had no idea that a close friend had actually worked with the homeless there. And then at an event at my local bookshop, a woman told me she used to manage Lambeth Social Services there too. She’d had no idea that was the first crime scene. Such coincidences seem to happen all the time. Waterloo has a special significance for me. My mother was born there and many of her family stayed in the area. Then I when I worked for IPC Magazines I was based in Stamford Street. It’s an area I still know well.

Q: I wonder, has setting the novel in a place that is well known to you changed the way that you feel about that place?

Not really – the thrillers are set in the 1990s so it’s more a question of nostalgia. The setting is an homage to the city I live in.

‘This was a thriller, which gripped with endless twists and turns. It examined the problem of trust, while exploring the more unsettling side of English do-gooding, often hidden in plain sight.’

Q: You’ve already told us that Hannah is a freelance journalist. What is your favourite novel which features a writer as one of its main characters? And what advice have you taken on board from that character?

New Grub Street by George Gissing explores the literary life of the late nineteenth century. At its heart is the conflict between writing what was the perceived literary fiction of the day and what will sell – commercial novels epitomised in the character of Edwin Reardon and his writing. I first encountered the book at university and have reread it several times. It seems as true today as when it was written. There’s a lot of snobbery about ‘genre’ fiction which is silly.

Q: Is your own writing plot-driven or character-driven?

Very much character-driven. And characters take on a life of their own. No spoilers, but there is one character who turns out quite differently. I didn’t realise what was happening for quite a while but then I realised the character had been giving me hints and clues throughout the novel. So far no one I have spoken to about it, guessed.

Death’s Silent Judgement begins with Hannah discovering the dead body of her close friend, Liz Rayman. Liz had been mentioned briefly in the first novel, Dancers in the Wind, and I knew that I wanted her to be a character rather than just a victim. To give her a voice, I include diary entries and letters she wrote from Somalia as well as conversations between her and Hannah pre and post her time there. This also means I can introduce some writing in the first person as well as third. I also wanted to explore different perceptions of the same event.

Q: So did you write the chapters in the order in which they now appear on the page, or did you write in a chronological order and then make changes?

Neither of those. I’ve usually got the beginning worked out when I start my first draft – on my computer – but from then on I write scenes as they emerge in my mind and the novel develops. So I might be writing a chapter two thirds of the way through and realise that in needs to be much earlier in the narrative. I didn’t put any chapter numbers in my first draft so when I printed it out to work on, it was easier to plan the order they should go in. I also put the chapters in date order to make sure that worked as well.

I always check out the most popular first names for the year the character was born. I probably wouldn’t use one of the top five but that’s not a hard and fast rule. For surnames I often use place and street names or very common names. In Death’s Silent Judgement a friend wanted to be a named character and he was about the same age as the one I had in mind so it worked well. 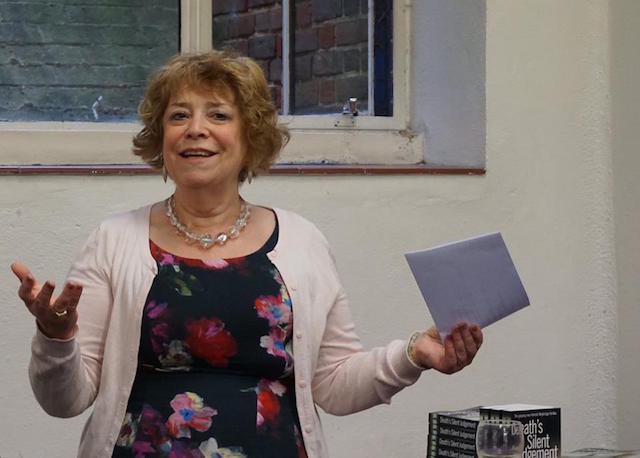 Q: Do you ever actively think about creating layers in a novel so that the reader can get more out of a second or third reading?

I didn’t do this on purpose with Death’s Silent Judgement but one friend said he’d read it twice because the plot was complicated and he wanted to get the most from it. I felt deeply honoured. Realistically not many people have the time to read a book more than once so it has to pass the test of a good read on the first go.

Q: Elizabeth Strout says, ‘You can’t write fiction and be careful. You just can’t. I’ve seen it with my students over the years, and I think actually the biggest challenge a writer has is to not be careful. So many times students would say, “Well, I can’t write that, my boyfriend would break up with me.” And I’d think, ‘Well, OK, I’m sorry, I don’t really have much more to tell you.’ Do you plead guilty or not guilty?

Q: How do you feel when you have finished writing a novel? Are there any particular characters that you have found it hard to let go of?

Oh, yes, and one of the joys of writing a series means that you can keep tabs on them in the next book. Hannah’s friend James, a hospital doctor, appears in both books and also features in book three as does one of the homeless people from Death’s Silent Judgement, Sherlock. Having created Hannah’s world, it’s natural that some people should be a constant in her life – the journalists at The News, for instance – as well as meeting new characters in the next investigation. 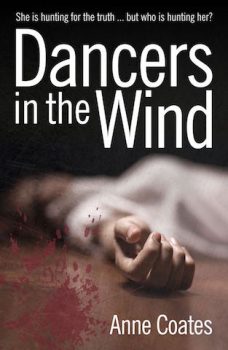 Freelance journalist and single mother Hannah Weybridge is commissioned by a national newspaper to write an investigative article on the notorious red light district in Kings Cross. She is hunting for the truth, but who is hunting her?

Q: Can I ask, what are you working on at the moment?

The third book in the Hannah Weybridge series: I also have an idea for a completely different contemporary novel and one set in the 40s but maybe the fourth Hannah Weybridge thriller will come before them.

My author website: www.annecoatesauthor.com is where I update and report on events, blog about writing and include reviews of books I have really enjoyed, plus I have a facebook page https://www.facebook.com/AnneCoatesAuthor/ and I am active (probably too much so!) on Twitter @Anne_Coates1