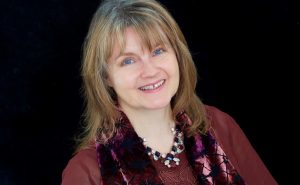 This week on Virtual Book Club, it is the turn of Lorna Fergusson whose historical short story ‘Salt’ won the HNS London 2014 short story award, and its publication in the short story collection Distant Echoes.

Lorna is a novelist, editor and writing coach: she runs Fictionfire Literary Consultancy and teaches on various Oxford University writing programmes. Her work has won an Ian St James Award, been longlisted for the Fish Prize and shortlisted for the Bridport Prize and Pan Macmillan’s Write Now children’s novel prize. She has republished The Chase, originally published by Bloomsbury, and contributed to Studying Creative Writing for the Creative Writing Studies imprint. ‘Reputation’, an HNS 2012 finalist, appears in The Beggar at the Gate. She is working on a new collection of stories and a historical novel, the opening of which won Words with Jam Magazine’s First Page Competition.

Lorna, that’s quite a roll call. But I’m interested in how you came to write ‘Salt’ and which era of the past you chose.

Salt came into being entirely because of competition pressure! I was keen to enter the Historical Novel Society’s 2014 London Conference competition because I’d been one of the finalists in 2012. As the closing date loomed, I racked my brains for a topic – I am interested in so many periods of history it was hard to settle on one. Then I remembered that when I was a little girl in the north east of Scotland, my maternal grandmother would tell me about the hard upbringing she had had and how when the First World War broke out, she was working as a ‘herring girl’ in Great Yarmouth, gutting and packing herring the fishermen caught. It was a tough occupation but for her it meant a chance to travel out of Scotland and be in a new environment. I wanted to write about that – and the trigger for the story was her memory of having seen the men go off to war in 1914. I decided to bring those two aspects together.

Where is the story set and how did you decide on its setting?

‘Salt’ is set in Great Yarmouth, which was one of the seaports the herring fleets would visit when fishing the shoals of herring round the coast of Britain. The location chose itself, really, because of my grandmother having been there.

Tell us a little about the major areas you had to research.

I was to some degree writing what I knew: the villages of my part of Scotland were all once thriving fishing communities and the sea is in our blood. I knew the voice, the dialect, the outlook on life, the way bereavement was a constant threat, the way you showed up for work and got on with it, however harsh the work was. I reinforced what I already knew with some research into the history of the herring industry, with wonderful archive photos helping me. I had visited Great Yarmouth years ago when my kids were small: now I checked how it would have looked in 1914 and where the lodgings of the herring girls would have been. 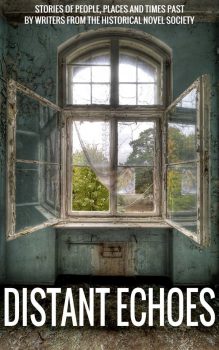 ‘The second story, Salt, is equally evocative of an entirely different time and place – 1914, Great Yarmouth’s herring industry, including its migrant workers from Scotland, the girls who work flat out gutting herrings to fill barrels in poor conditions on low pay, following the fleet in time-honoured way around the coast throughout the season. The contrast and parallels between their work and the preparation of local young men preparing to go off to war. It is a strikingly original, graphic and heartrending story, precisely capturing the plight of the girls who bring a little of Scotland with them in their talk and their ways. You don’t need to know either place to be moved by this story – Fergusson takes you there with her incisive, precisely observed prose, as pictorial as any painting might be.’ (Debbie Young, Amazon review)

How do you make sure your long hours of research don’t show up on the page?

What are the greatest challenges in working within a limited word-count?

This is where entering competitions is a useful thing for the writer. You have the discipline and constraint of that limited word count: the irony is that constraint can turn into liberation. You need intensity and focus. You cannot be self-indulgent. You can’t run off down side-alleys.

At what point in writing the story did you come up with its title?

The title came early, even though I didn’t quite know until I reached that last line just how integral a title it was. You’ll have to read the story to find out why!

Have you ever started a short story and thought, this has the potential to be a novel?

All the time! I think that is a good thing. A good short story should feel as if it has a novel folded away within it, I think. It should be greater than its parts. The characters should feel as if there is an existence for them outside the boundaries of that particular tale. ‘Reputation’, which was the finalist in the HNS 2012 competition, was, I was told, a Flaubert novel in miniature. When I first had the idea for my novel The Chase, I didn’t know it was going to be a novel at all. I thought it would be a short story. 105,000 words later … 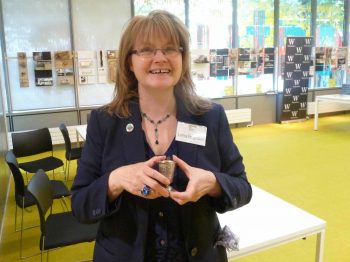 Lorna Fergusson collecting her award at the Historical Novel Society

You were one of the judges of the Historical Novel Society’s competition in 2016 – how did it feel to move from being judged to being a judge?

I knew how much it had meant to me to win the competition, so I was very conscious of the responsibility – as were we all on the panel of judges. Whenever I judge competitions I am so struck by the quality of the entries and how important it is, given how difficult it is to bring your work to the public eye, to have some sort of recognition. Add to that the chance to get published! ‘Reputation’ had appeared in an ebook collection, The Beggar at the Gate. ‘Salt’ has now appeared in Distant Echoes, which features winners and shortlisted stories from the 2014 and 2016 competitions. I knew from my work as a judge just what a brilliant selection this would make, ranging through historical periods and geographical locations. The stories are so powerful – and they remind you that at the core of historical fiction is the humanity, the sense of our common feeling with people of different eras and with different beliefs – but who love, lose, have ambitions and frustrations, just like us. In addition, we have the chance to learn about the hidden nooks of history, far away from the august shenanigans of kings and princes. Distant Echoes is a magical history tour.

Is your day job a distraction or does it add another element to your writing?

Both! I’m an editor, consultant and writing teacher, so my day job is a distraction in the sense that I am helping other writers improve their skills. It is often tricky to get within shouting distance of my own work and when I do it’s a bit of a busman’s holiday! On the other hand I have learned such a lot along the way and that makes me a better writer, with a better sense of the publishing industry as well.

Find out more about Lorna and her writing.

Visit her author page on Facebook. If you’re a writer as well as a reader, take a look at her Fictionfire page, where you’ll find plenty of inspiration.