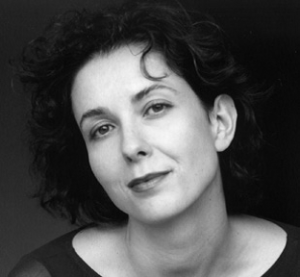 I’m not sure I’m entitled to refer to today’s author interview as an episode of Virtual Book Club. You see, it concerns a book that doesn’t yet exist. Despite this obstacle, its author Victoria Dougherty wants to convince you that you’ll want to read it. In fact, she’d like you to help bring this book to life.

Victoria is the author of The Bone Church, The Hungarian, Welcome to the Hotel Yalta and Cold.

A writer and consultant with Dougherty Dialectic since 2001, she has ghost-written articles, speeches and testimony for Fortune 500 executives, and taught multiple seminars on writing. Her journalism and essays have been published in the Chicago Tribune, the Prague Post, and the Sunday edition of the New York Times. Victoria has also written, translated, and produced television news segments and video scripts.

Earlier in her career, while living in Prague, she co-founded Black Box Theater, translating, producing, and acting in to sold-out audiences in several Czech plays – from Vaclav Havel’s “Protest” to the unintentionally hilarious communist propaganda play Karhan’s Men. Black Box Theater was profiled in feature articles in USA Today and numerous European publications.

Her blog (www.victoriadougherty.wordpress.com) – features her short essays on faith, family, love, and writing. WordPress, the blogging platform that hosts over 70 million blogs worldwide, has singled out Cold as one of their top Recommended Blogs by writers or about writing.

Victoria, how do you go about convincing a Virtual Book Club that they want to read what is – for the time being – a virtual book?

I’m asking them to imagine that they were there when Suzanne Collins was writing The Hunger Games or Stephanie Meyer was writing Twilight. When George RR Martin was penning Game of Thrones. They might have lived the story through advance copies and maybe a conversation or two. When readers join me on Breath, they’ll receive advance copies, artwork, photographs, and short, Breath-inspired love stories that only a handful of readers will ever lay eyes on. They will receive regular updates from me about how Breath is coming to life.

Of course, prior to the invention of copyright, most authors required a patron. Usually one wealthy individual. In return for having a book dedicated to them, a character named after them, or a story-line that supported their political leanings, that they would hand over cash. Sometimes large sums of it. How does your Kickstarter campaign differ?

I’m not looking for one wealthy individual. I’m hoping to convince a large number of people to pledge to pre-order an advance copy of Breath. It works a little bit like an author advance.

I understand that you’re one of ten authors who have been chosen by Instafreebie (in partnership with Reedsy and Kickstarter) to pilot a new crowdfunding programme.

That’s right. Crowdfunding is a huge trend right now for both independent authors and small publishers. Publishing has been blown up in the past few years and authors and readers are rebuilding it in real time – and for the first time, we’re doing it together.

Readers will be part of the process, but what about the story itself?

I’m offering a story that’ll make readers feel the lush beauty and thrill of true love, while taking them on a pulse-pounding journey through history.

Nif and Sherin are Ninti. They share a deep and powerful devotion that puts them both in mortal danger, while propelling them towards an extraordinary fate that ensures they will live infinite human lives…and suffer an equal number of deaths. Together they must solve a mystery that spans the ages, or risk losing one another forever.

Breath is a story of lovers, killers, curses and destinies. It’s about the people who lived history, but it’s also a tale of those who unearthed history in order to preserve and understand its legacy.

You get to travel with Nif and Sherin during their adventures, but you’ll also be present alongside the past and future archeologists who are driven to solve the puzzle of their existence.

You’ve published books in the past. Why are you asking for help to bring this book to life?

Readers want and deserve a story experience that is as visually stunning as it is soul-stirring. A poetry of words and pictures that doesn’t merely introduce them to a story, but draws them into a whole world of passion, adventure and intrigue with characters who come to feel like family.

To make Breath an amazing, immersive, world-building experience, the novel will need original art work, award-winning editorial direction and design, plus vintage photography from some of the greatest archeological expeditions the world has ever known.

I’m offering the opportunity to help make that happen, but contributors will get some fantastic rewards, too. Not only swag like printed copies of the book before it’s available to the general public, but Breath posters, a limited edition book of Breath artwork and photography, and even personal story consulting worth hundreds of dollars.

So you’re not only looking for investment but readers who will be personally invested in the book.

Absolutely. I want the book to be one of the three things they’ll grab and save if they ever have to run out of their burning houses in nothing but their  underwear.

Just click on the link to Victoria’s Kickstarter campaign, watch a video or two, and read about the incredible potential to make Breath unlike any other epic historical romance you’ve ever read or even imagined.