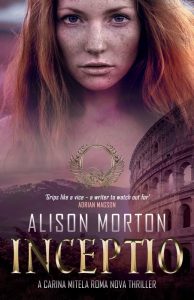 This week, I thought I’d take a break from the usual Virtual Book Club format. Instead, I put the same question to a number of authors.

“A novel requires stamina and grit,” says author Oyinkan Braithwaite. “You need a certain kind of faith in yourself and in what you are doing to bang out 40,000-plus words. But I learned style from poetry and short stories.”

What I wanted to know is:

(a) how did you learn your craft?

(b) where do you get your stamina from?

M. Sean Coleman (Author of thrillers The Cuckoo Wood and A Hollow Sky)

I studied scriptwriting for film and TV, which taught me a lot about plot, structure, visual language and character. Stamina for me is like the old adage about climbing the mountain: just one step followed by another. I like to imagine the reader thinking, ‘I’ll just finish this chapter before I…’

Years of writing short pieces in a business environment as a journalist, PR and marketing person honed my prose in several ways. I got used to writing to order, to deadline and to length. I became ruthless at self-editing because I was writing about things that weren’t close to my heart. (Clients included manufacturers of drainpipes, cat litter and incontinence products – something of a theme there!! – and much more.) It also made me confident about defining myself as a writer in the broadest sense, because that was at the core of what I was doing to earn my living. In the meantime, I’d always written short stories, because I had no time to write longer ones, and were a natural companion to short-form writing at work. My stamina comes from determination, a headful of ideas, and consciousness of time’s winged chariot – next year comes a milestone birthday that I really don’t want to acknowledge. Oh, nearly forgot – I’ve got a degree in English literature too – which was useful to set a high bar for fiction writing! (I studied mostly Victorian and 20th century but also loved Middle English.) 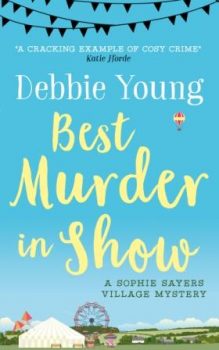 Novel writing? An over-active imagination plus humble enough to know that although I could string words together in a reasonably coherent manner, I needed to learn the craft. So… Arvon course on commercial writing, classes, conferences, workshops, finding a mentor, manuscript assessment, evaluation and feedback from experts, listening to Those Who Know.

And, of course, sitting down and doing it.

The grit factor? A competitive (with myself) spirit, but above all a wish to know how the story ends.

I wrote my first ‘novel’ at four, and have been writing ever since. I grew up in advertising (started to work at nine) and thus learned to respect deadlines and the power of words. I tend to write longer – 80K+ – but have written several novellas. I have catholic tastes and have read voraciously all my life. How does one learn to write? By reading and writing of course. I sold my first novel to NY in 1979. I’ve also sold some industrial movie scripts and a stage play or two. I was very fortunate; both of my parents were word people, and words were our playthings. Perhaps genetics help; I am the third generation of a wordsmith family.

When I was two or so, I used to see my mother writing letters. I didn’t know what it was called then, or even what she was doing, but I wanted to “write” as well so she gave me a notepad and a pen and I moved that pen up and down in the same motion she had. That was my first introduction. I wrote and illustrated two books in primary school for the library (kept one for myself) and one in high school German. Plus I always scored excellent results for my book reports and stories. So, I guess I could say, my teachers encouraged me without realising it would take 20 years for it to happen. When I left high school, I remade the book I’d left in the library so I had a copy and then fell into jewellery design. I read a Jackie Collins novel in a Target or Kmart store sometime in the 90s and wanted to write a book with a hero like hers. Ideas came to me in dreams, and finally, after finding my heroes in 2006 (Michael Weatherly and Carmine Giovinazzo) my muse actually physically pushed me across the hallway into my room and said, “Write that book. Get that notepad out and write it”. I’d been umming and aahing for weeks about it. “I don’t have notebooks”, “I don’t know what it will be about”, the usual excuses, but when she pushed me, I got that notebook out and started writing. Took two years for the next one, and another two years for the third, then three years for the fourth, but once 2013 came and went I was unstoppable. It also helps to have huge amounts of inspiration, it drives you to write because you have to get it out of your head. Also having to finish a book this month as it’s being edited next month and released in March. It just has to happen, regardless. It’s like an unseen driving force. We have no control, our muse does, life does, the universe does. Maybe it’s for a reason, maybe not. We may never know.

Writing newspaper articles and radio programmes were the best training for me. Radio has to be so direct – like oral story-telling – and newspaper articles need an instant grab at the beginning and then the most economical prose possible. 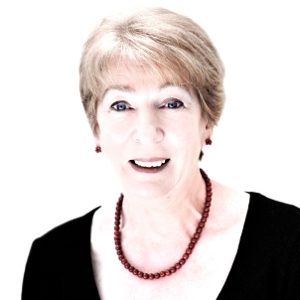 I learned/hone my craft by reading avidly in several genres, including some poetry and shorts, starting way back when I first learned to read (we had a lot of children’s books in the house). I also took a novel writing course and I’ve read several writing books, plus many writing articles and conversations about writing. Plus, I get reviews from other, non-friend, writers. Some of it is valuable, some not, but it’s always helpful to weed through suggestions to see what may help my own work.

As for stamina, that comes in to play while keeping up with everything else, all of the non-writing tasks, and I do it simply because it must be done, with a good bit of urging to walk away from my work to do so. Writing, for me, doesn’t require stamina; it requires not giving up on what I love when doubts try to break through. I suppose that would be grit. The grit to deal with rejections and negative comments comes from years of having to deal with critical people, including several critical, and sometimes nasty, teachers while somehow still coming through school with some mental bruises but a good academic record. The old adage of getting up when you fall building strength/grit is true as long as you keep going.

How I learned my craft:

1 by making every mistake in the book plus a few unique to me, not just over long sentences (38 words, three sub-clauses), sprinkling adverbs like confetti – you know, you’ve been there too;

2 by knowing inside in that place we all have that I HAD TO write so I had better start studying and I mean assiduously, reading books on writing, listening at keyholes, going on courses, endlessly re-writing and then

What I did not do was take a degree though I could have afforded it; the principle reason was VFM (value for money); it seemed few tutors were published authors and that mattered; that the number of contact hours were few; and, only half-joking, I would probably have had to read Middlemarch.

a) I’ve had no formal training. I just write! I’m writing my eighth novel now, five have been self-published, the sixth and seventh have been accepted by a traditional publisher. I think I learned how to structure a novel from reading so many books myself.

b) I don’t find I need stamina. Writing is just something I do. I can’t stop….