2014: The Year in which Self-publishing Came of Age 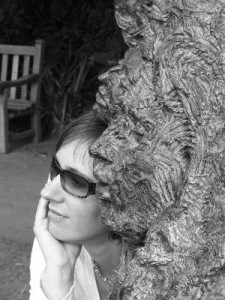 In November 2012, I decided I owed it to myself to investigate something I had been told no self-respecting writer should consider. I attended the Writers’ & Artists’ Self Publishing in a Digital Age conference. It was a revelation! There I discovered that, far from being amateurish, self-published authors are a diverse group – authors who have walked away from six-figure deals, established authors who have been dropped by their publishers after their latest book didn’t sell quite so well, innovative authors whose work doesn’t fit the market, cross-genre authors who market themselves as a brand, best-selling authors who have never tried the traditional route, who were there at the right place, at the right time. It was a publishing revolution. So was I in or was I out? I decided that I was in.

A recent survey of 2,500 authors showed a surprising overlap: 25% of those who had traditional deals had also self-published and, of those who had self-published, 89% said that they will do so again. This new breed of hybrid authors look at each writing project and decide if it is one to submit to their publisher or one to ‘go it alone’.

2014 has been a year of increasing transparency. A year in which private battles were fought in public. And a year of busting myths.

At the London Book Fair, the message was that the line between traditional and self publishing is now blurred. The advantages of self-publishing are too great to ignore. So how and why has this dramatic shift come about?

In the past, authors were told they had no business being at Book Fairs. As recently as 2012 one editor said, “It’d be like bringing a cow for a stroll around a meat market.” Just two years later, Frankfurt Book Fair opened its doors to self-published authors and, at the London Book Fair, many events were specifically aimed at authors. Of course, indie authors are both authors and publishers, but one of the trends of the rise of the indie author is that all authors are better informed.

Last summer, Joanne Harris was among the big-name authors who went to the House of Commons to debate the fact that authors’ incomes have decreased by 29% since 2005. (An author can now expect to earn £11,000, compared with a living wage of £16,000.) In effect, authors under traditional contracts – who typically receive 25% of the cost of e-books sales – were demanding the same terms as self-published authors, who receive as much as 70%.

The Society of Authors Chief Executive, Nicola Solomon, gave self-publishing the stamp of respectability when she said on record that traditional publisher’s terms are no longer fair or sustainable. Among her concerns was the fact that most publishers insist on the rights for the whole lifetime of copyright, with very little possibility of authors getting their rights back, even if the publisher doesn’t market the book and sales are woeful. Solomon told members, “Authors need to look very carefully at the terms publishers offer, take proper advice and consider: is it worth it, or are you better off doing it yourself?” 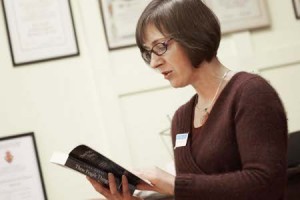 Harry Bingham, founder of Writers’ Workshop (an author service provider that has, in the past, helped authors find conventional publishing deals) concluded that he would be. In a recent interview with Teleread, Bingham talked candidly about how, when his contract with his US publisher expired, they were unable to agree on a way to renew it. “In the past, I’d have taken anything I was offered because, quite simply, what were my options? On this occasion, I knew I had a real alternative – namely, distributing my work via Amazon, iTunes and the rest.” And this alternative not only gives authors negotiating power. It allows them to walk away from deals that don’t match up in terms of promise.

Pulitzer prizewinning playwright, David Mamet, was also among those who opted to self-publish. His reason? “Publishing is like Hollywood,” he said. “No one ever does the marketing they promise.” He wanted complete control over the way that his work was promoted.

In his write-up of the New Generation Publishing’s annual Self Publishing Conference, Tom Chalmers of Legend Press commented: “There was virtually no discussion of the opposition between traditional and self-publishing this year. The focus was on options – what is available through all possible routes and how to be as successful as possible through the route chosen.”

Add to the equation the very public Amazon v Hachette battle, which illustrated what can happen to book sales if authors are not in the driving seat. Indeed many of the authors I speak to who are under contract to publishing houses tell me that they intend to self-publish when their current deals expire.

Once authors venture down the self-published route, they can see its all-too-obvious advantages: complete creative control, ability to publish to their own schedules and react in a timely manner. If they can do this themselves (by which I mean build their own teams and do it as well if not better), why do they need publishers?

In October, agent Andrew Lownie made the bold prediction that, by 2020, 75% of all books will be self-published. My belief is that much of this growth will come from authors who are currently under contract to publishing houses. 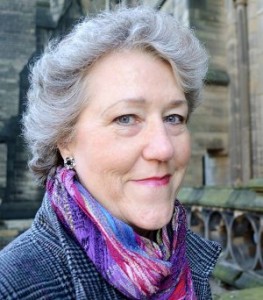 Self-publishing pioneer Linda Gillard, who markets herself as a brand

Val McDermid – whose crime novels have sold 10 million copies – said at the opening of the new flagship Foyles in June, “If I published my first three novels now, I wouldn’t have a career because no-one would publish my fourth novel based on the sales of my first three.” It is a sad fact that traditional publishing no longer offers authors an apprenticeship while they build readership.

After poor quality submissions, market conditions are cited as the main reason for the rejection of manuscripts. I am not without sympathy. Far from it. With agents working on percentages of advances, advances being considerably lower than they used to be, and the same amount of work to be done, why would an agent champion a strange and stubborn book that doesn’t fit neatly into a genre? Become an evangelist for something truly ground-breaking, and it may be hugely difficult to sell. But it may also pay off magnificently.

This summer saw several publishing houses inviting open submissions from authors, suggesting growing concern that the fiction publishers had hoped to see isn’t getting through. But the fact that agents are entering the self-publishing arena suggests that they are struggling to place books with publishers. This begs the question: are agents and publishers really in tune with what readers want?

2014 was the year in which Eimear McBride won Bailey’s Prize for Fiction (to name but one of many) for her novel, The Girls is a Half-formed Thing – a book that was widely rejected as being ‘too challenging’. In fact, McBride spent 9 years trying to get her book published before it was taken up by Galley Beggar Press, a small publisher who puts story before profit. Of her win, McBride said: “I hope that it will serve as an incentive to publishers everywhere to take a look at difficult books and to think again. There is a contract between publisher and reader that needs to be honoured and a reader must not be underestimated.”

Many now argue the case that self-publishing is the new home of literary fiction. 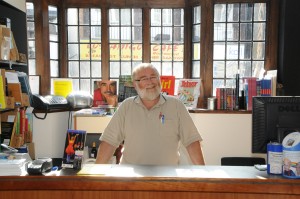 Peter Snell of Barton’s Bookshop, Leatherhead, is a bookseller who no longer makes the distinction between traditionally published and self-published. He simply wants to offer his customers great books

The emergence of serious contenders

McBride was by no means alone in the winning stakes.

Several competitions, including Fiction Uncovered, opened up to self-publishers for the first time and several self-published offerings made an impact on the judges.

Vernal W Scott’s God’s Other Children was short-listed for the Polari First Book Award. His book about World AIDS Day and the experiences of people affected by HIV and AIDS was published via Amazon’s KDP and CreateSpace programmes.

‘I think that glass ceiling is made of sugar glass and beginning to melt. This past year has brought an astonishing increase in the quality of work by indies that can’t be ignored.’ Porter Anderson, speaking at the London Author Fair

Over the summer, one author I met on the speaking circuit who, when asked about the main advantage of being traditionally published replied, “We still own the bookshops.” But, in October, Indie author Piers Alexander made headlines when he struck a deal to distribute his self-published début A Bitter Trade through W H Smith Travel stores. Whether the move suggests a marked change in attitude remains to be seen, but it clearly illustrates that minds can be changed. Write a great book, package it beautifully and getting your book on the shelves of larger stores is possible.

Another indicator that self-publishing has grown up is the fact that national newspapers and trade publications are sitting up and paying attention. The Guardian newspaper launched a monthly prize for self-published fiction. November saw The Bookseller’s first Independent Author Preview, curated by Caroline Sanderson who wrote, ‘Seeing so many good writers grasping new opportunities, and navigating the new routes to their readers is cause for celebration.’ I was delighted to see in the inclusion of Cold Pressed by J.J. Marsh and Successio by Alison Morton, authors whose careers I have followed with great interest. 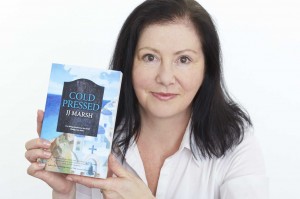 One of my literary heroes, author J.J. Marsh, whose novel Cold Pressed is the latest instalment in her Beatrice Stubbs series, but stands equally well on its own 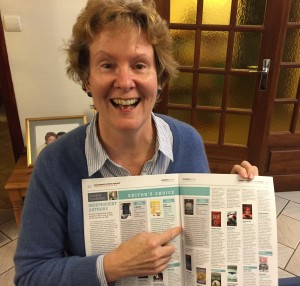 Agent Andrew Wylie’s tirade against self-publishing, in which he called it, “the aesthetic equivalent of telling everyone who sings in the shower they deserve to be in La Scala” sounded embittered and outdated. Readers are fed up of being told what they should read. This was apparent when Kobo published data collected from e-readers about reading habits. It emerged that The Goldfinch by Donna Tartt was the books readers are most likely to give up on (with 55% not making it to the end), whilst self-published title, Rotten to the Core, by Casey Kelleher was the book readers were most likely to finish. And yet you won’t find Kelleher’s novel on any best-seller lists. “A book’s position on the bestseller list may indicate it’s bought, but that isn’t the same as it being read or finished,” said Michael Tamblyn, president and chief content officer at Kobo.

So, what lies ahead?

Whilst there is a palpable optimism about the growing role of self-publishing – as was quite clear from attendance at November’s Indie Author Fair –  not everything in the garden is rosy. In the last couple of months, many successful self-publishers have seen a drop of up to 80% in earnings following the introduction of Kindle Unlimited, Amazon’s subscription service. Mark Coker of Smashwords predicts that, now that the financial rewards have lessened, self-publishing will become less attractive, many players will leave, but that the quality will remain.

Whatever next year has in store, I believe that we will look back on 2014 as the year in which self-publishing truly came of age