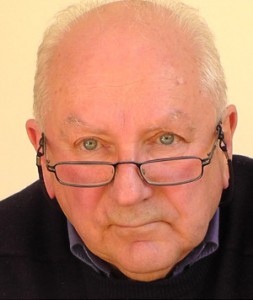 Today, I’m delighted to welcome Ian D. Richardson to Virtual Book Club, an interview series in which I put questions to authors about their latest releases and the books they would like your club to read. If you’d like to pose a question, you’ll have the opportunity to do so at the end.

Ian has loved writing for as long as he can remember – perhaps even before that – and he was born to be curious. His mother recalled that on his first day at school he strolled into the headmaster’s office to look around and to ask what the head did all day.

Ian grew up into a newspaper family in rural Australia, but after the family business was sold, he switched to broadcast journalism – first in Bendigo and Melbourne, Australia, then in London with BBC radio and television. His senior BBC posts included head of World Service foreign correspondents, a founding editor of BBC World Television, and the founding managing-editor of BBC Arabic Television. These experiences left him ideally placed to write his thriller, The Mortal Maze.

Both Ian and his Bendigo-born wife Rosemary are keenly interested in their respective family histories in the United Kingdom and Australia, and it is this curiosity that led them to uncover the extraordinary and touching story recounted in his non-fiction book God’s Triangle.

Q: Ian, perhaps you can start by telling us when you became a writer.

I was just a kid. I learned to tap stories or letters out on my journalist father’s portable typewriter. I was probably aged about six. Writing has been a constant part of my life since then. 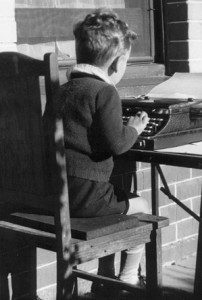 Q: That is probably my favourite of all of the author photos submitted to Virtual Book Club. Have you always felt driven to write?

Driven? No, I don’t think so, but that’s for others to judge. I don’t wake up in the morning and think “I must do some writing”. But by the end of the average day I have probably written thousands of words on a variety of platforms including emails, blog notes, Facebook comments and, of course, my latest book or screenplay project.

Q: What genre do you prefer to write in?

I’m not a genre writer. My interests are very eclectic. I write about what engages me. My first book, God’s Triangle, is a non-fiction account of how I tracked down the truth about what happened to my Australian missionary great aunt in East Bengal (now Bangladesh) . The Mortal Maze is entirely different – a thriller and fiction. I know that if I stuck to a genre I could be earning more, but I would also find it very frustrating. And it wouldn’t be fun.

Simple and fast flowing. I don’t know a lot of big or arcane words. I’m compelled to tell stories in a way that will entertain and educate my readers without them feeling patronised. My stories always move forward. I never write the equivalent of a cinematic flashback. If a reader tells me that they didn’t understand a sentence or paragraph or chapter, I would never suggest it was their fault. It would be a failure on my part to make myself clear and I would try to rectify it for future reprints or ebook uploads. 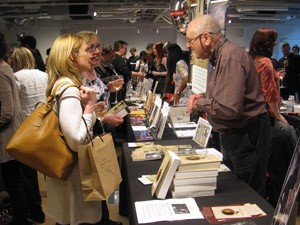 Q: There’s a rather glib saying: ‘All fiction is biography and all biography is fiction’. As someone who’s tackled both fiction and non-fiction, do you agree?

Yes, it is glib, but there is also an element of truth in it. One person who hated God’s Triangle told me the story said more about me than my great aunt. That was an exaggeration, but it is impossible to write a book, fact or fiction, without revealing something – perhaps even a lot – about yourself.

Q: It’s said that Truman Capote wouldn’t begin or end a piece of work on a Friday, would change hotel rooms if the room phone number involved the number 13, and never left more than three cigarette butts in his ashtray, tucking the extra ones into his coat pocket. Do you have any superstitions or creative rituals about your writing?

Blimey! That’s ridiculous. The nearest I come to having a superstition is the worrisome fact that some of what I write as fiction becomes fact soon after. A friend joked that I should write a fictional story about winning first prize in a lottery. I might try that.

Q: What about writer’s block? Are you ever troubled by that?

No, never. I know that could come across as arrogant, but I spent decades as a hard-news journalist, mostly with commercial radio in Australia, then with the BBC World Service in London. You can’t make a career of journalism if you fail to meet your deadlines. It is better to write something that isn’t perfect, rather than write nothing at all. Show me a journalist who sits around saying “I don’t know what to write”, and I will show you one who will soon be looking for another career.

I once had an inspirational editor at Radio 3BO Bendigo, Australia. He was David Horsfall, now sadly dead. He was poorly educated, but was a natural writer and extraordinarily well informed. Among his commitments each week was a thoughtful fifteen-minute news commentary. He was a joy to watch. I would ask “What’s your subject this week, Dave?” and as he pulled up his chair in front of his old Imperial typewriter he would often reply “Not sure yet, Ian.” He would insert a sheet of paper in the Imperial and type the word “The”. He would study this for a minute or two, and if that didn’t inspire him, he would type “A” or “There” or some other simple word to begin a sentence. Then, without fail, he would be off. Within the hour the commentary would be done – clearly argued and perfectly structured. 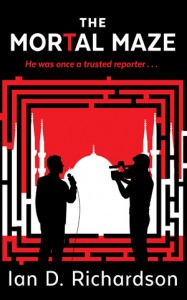 Q: Let’s talk about your new thriller, The Mortal Maze. Your protagonist is Jackson Dunbar. What words best describe him?

Troubled, but a brave and determined man with the best of intentions.

The choice of title is almost a story in itself. Originally, it was called The Moral Maze, which is also the title of a successful BBC programme. Having the same name did not bother me as my story is a book and a screenplay and the BBC programme is a radio debate. But rather late in the day I discovered that I would have a major problem promoting a book of that name on the Internet. A quick Google and Yahoo check showed that anyone looking for The Moral Maze would be taken to hundreds of entries for the BBC programme. The answer was to insert an extra T in the title, turning it into The Mortal Maze, which was just as appropriate for my story. Happily that title comes up top of the search engines.

Q: Where’s the book set and how did you decide on its setting?

The Mortal Maze is set in a fictional country in the Middle East. It was a no-brainer to place it there because I know the region reasonably well from my travels while working for the British Broadcasting Corporation and being the founding Managing-Editor of BBC Arabic Television. I was convinced that the complexities of society in the Middle East would help me ensure that the story was exciting and multi-layered.

Q: Was The Mortal Maze inspired by any real life events?

No, not by events, but by people. One of my BBC jobs was head of BBC World Service newsgathering which then employed about 200 correspondents around the world. I suspected that there were a couple also working as spies. I wanted to explore how and why they did this.

Hmm. How do I answer that question? Some of my former BBC colleagues claim they recognise characters in The Mortal Maze, but I tell them they must be imagining it!

Q: Was it your intention to write a story with a message or a moral?

Yes, both, but I am always conscious of the need to avoid sermonising, which is death to a good story. I am fascinated by what happens when the moral beliefs of good people are challenged by unexpected and threatening circumstances. Are they brave and confront the challenge, or do they cross to the other side of the road, so to speak, and avert their eyes?

I’m always comfortable speaking to groups of people and I am never offended by criticism. I sometimes ask readers how they think a story might be improved and I get some useful ideas. As both my books address moral issues, this usually generates lively exchanges. Feedback for The Mortal Maze also suggests there is a fascination in what television journalists go through to bring them the news. Students doing media studies can learn a lot from the story while also being entertained. 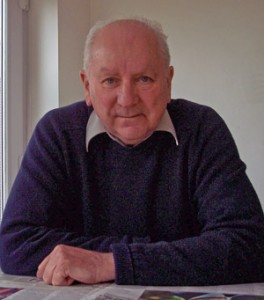 Seeds of Revenge, a thriller about how an exploitative and corrupt television star gets his comeuppance.

Q: And finally, Ian, I’d like to ask, do any of your books have dedications? If so, to whom and why?

Yes, God’s Triangle is dedicated to Florence “Florrie” Cox who is the central person in this tragic true story. She lies in an unmarked grave in Melbourne, Australia, and I have vowed that one day I will pay for a headstone to go on her grave.

Want to find out more about Ian and his writing?

Ian is available to attend book clubs in the London area, or talk to them by Skype if elsewhere. His contact email address is: contact@preddonlee.com