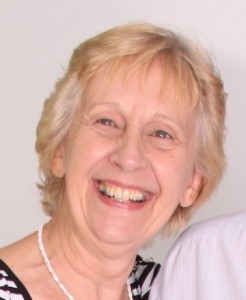 Today, I’m delighted to welcome Kay Seeley to Virtual Book Club, an interview series in which I put questions to authors about their latest releases and the books they would like your club to read. If you’d like to pose a question, you’ll have the opportunity to do so at the end.

Kay lives with her husband, Mick. She has two daughters, both married, and three grandchildren – all adorable. She has been a writer for several years, having previously worked in various posts in finance, banking, insurance and more recently within the Criminal Justice System. She now writes novels and short stories for women’s magazines. Her stories have been short-listed for The Ponsara Prize,The Strictly Writing Competition,The Sid Chaplin Short Story Competition and the Skyros/ Writing Magazine Holiday Competition. Kay’s short stories are available in The Cappuccino Collection.

Learning about the history of the Victorian canals inspired her 2014 novel, The Water Gypsy which has been listed as a finalist for The Wishing Shelf Award. She has since released The Watercress Girls

Synopsis: Spirited and beautiful Annie Flanagan’s reckless ambition takes her from the Hackney watercress beds to dancing at the Folies-Bergère in Paris. She returns to work in an establishment catering to the needs of wealthy and influential gentlemen.

When she disappears, leaving her illegitimate son behind, her friend Hettie Bundy sets out to find her. Hettie’s search leads her from the East End of London, where opium dens and street gangs rule, to uncover the corruption and depravity in Victorian society. Secrets are revealed that put both girls’ lives in danger. Can Hettie find Annie in time? What does the future hold for the watercress girls?

Click here to look inside or buy The Watercress Girls

I describe my books as ‘history with a social conscience’. I try to highlight the huge gap between the lives of the extremely wealthy and the grindingly poor as well as the poverty, prejudice, injustice and hypocrisy of the times.

Q: We’re going to focus on your latest release, The Watercress Girls, today. Where is the book set and how did you decide on its setting?

It’s set in Victorian London. I am a lover of history, London and books,  so being able to combine all three was an absolute joy. A day out in London isn’t complete without a walk by the Thames and a chance to relish to magnificent views from London’s bridges. I’ve tried to capture the magic of the river and the people who live by it in my books.

Q: (If applicable) Can you remember where you saw your first book on the shelves?

Yes. In our local library. I was so thrilled I took a picture.

Q: Is your writing plot-driven or character-driven?

Q: You tell the story from two character’s points of view, don’t you?

When I came to write The Watercress Girls as the main character was female, in Victorian times she wouldn’t have had access to the people and places necessary to follow the plot-line. I had to re-introduce a male character who then became the love interest. I must say  I enjoyed writing from the male point of view.

Q: Did you incorporate any real life characters into your novel? If so how?

Another influence was reading about Dr Barnardo and a boy called ‘Carrots’. Dr Barnardo set up night shelters for homeless children after seeing them sleeping on the streets and roofs huddled against chimneys for warmth. One night a boy called ‘Carrots’ was turned away as the shelter was full. Two days later he was found dead on the street. This led Dr Barnardo to introduce an Open Door policy vowing that no homeless child would be turned away. He gets a mention in my book.

Q: What is it about your novel that makes it particularly suitable for book clubs?

There are huge areas for discussion and debate. For example, the difference between what was considered to be normal and acceptable in Victorian times would now be seen as unacceptable, particularly the role of women in society and the plight of children. How did their lives affect us today?

The Pool of London was the largest and busiest in the world and the population of London the most diverse. We live in a more enlightened society but poverty, prejudice, inequality, injustice and hypocrisy still exist today. Do we really value diversity as much as the Victorians?

Victorian morality is also an area for discussion.

Q: Do you find yourself returning to any recurring themes within your writing?

Yes. I always return to the huge difference in life choices and opportunities for those with great wealth who could do whatever they liked with impunity, as against the hardships and unrelenting battle against poverty and prejudice of the poor. These are themes that should be in the past but are probably just as relevant today. I write about the street sellers and mudlarks because, not only do I want to write a gripping story, but I want to give them a happy ending. 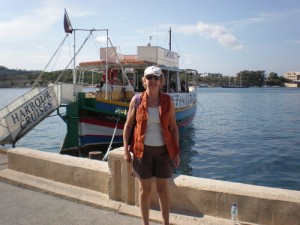 Want to find out more about Kay and her writing?