Smash all the Windows: my cover design process

This week will be the first of a short series of posts about the production of Smash all the Windows. Its cover design has been attracting compliments, with many people wanting to know about my cover design process.

One of the other huge joys of self-publishing is choosing how to present your work. Given that mine is difficult to categorise, I was conscious that I needed a strong brand. An author has only eight seconds to grab a reader’s attention, so first impressions really do count. Rather than start from scratch, I borrowed elements from the cover of Half-truths and White Lies and used them as building blocks: the font and the strong photographic image, repeated on the spine. The initial brief I gave cover designer Andrew Candy was that my books should look like a set you’d want to collect. I was thinking of my own bookshelves: the novels of John Irving; Frank Herbert’s Dune series; classic Penguin paperbacks. I wanted that certain something that would make people say, ‘Oh, another Jane Davis.’

I’ve always been very involved in the design process, coming up with the initial concept and sourcing photographs, but as I learned to trust Andrew’s instincts, my sets of instructions have grown more complex. Andrew has put the head of a stag on a ballerina (An Unchoreographed Life) and has made two women who were separated by two continents and three decades look as if they’re one and the same (An Unknown Woman). 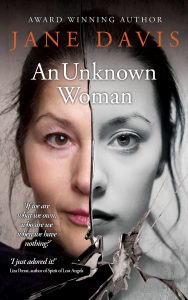 Smash all of the Windows deals with the emotional fallout of a large-scale disaster, something that would clearly be difficult to convey in a single image. There had to be tie-in with the title. But what?

The starling is borrowed from one of my city walks. I was taking the stairs up from the Riverside Path to London Bridge when I saw a starling sitting on the steel railing, singing its heart out. Hearing birdsong when surrounded by the traffic roar and the clang of building works is quite special and so I stood and watched. I used this moment for my character Maggie, the mother of the young station supervisor who was in charge when the disaster happened. She feels her daughter is sending her a message. I chose an image of the starling breaking free by Vasyl Helevachuk @ Dreamstime and asked Andrew to create a sense of urgency and momentum, which he did with contrast of the static shards of glass. 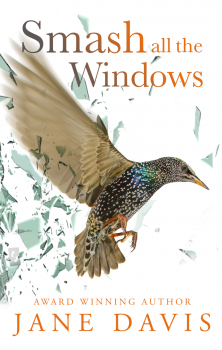 But it seemed to demand something more. My experiments are very low tech and tend to involve scissors and glue! 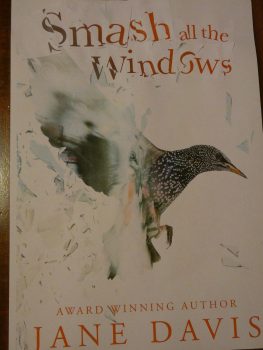 I wanted to introduce the missing people whose absence is at the core of the novel – my ghosts – and I wanted to give a strong sense of its city setting. I deliberately sought out blurred imagery so as not to lose the upward momentum of the bird. 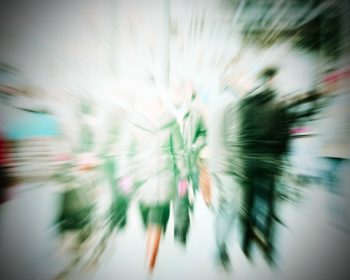 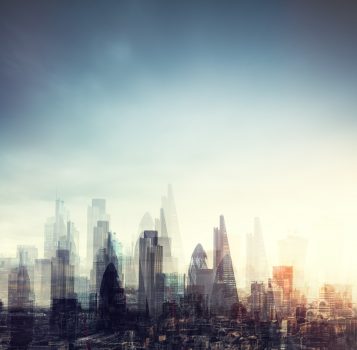 If asked for a short-list of the key elements of my cover designs, I would say that they have to be:

I’m delighted with what Andrew has produced.

Be among the first to get your hands on a copy.

From 13 February to 10 March, US readers can also enter a Goodreads Giveaway for a chance to win one of 100 eBooks.

Please contact me if you’d like to order a signed paperback. I will include 2nd class postage to one UK address in the cover price.

Next week, you’ll be hearing about my beta readers.