Smash all the Windows: the structural edit 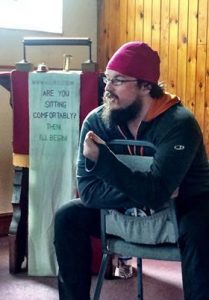 In this week’s blog, I focus on the structural edit. It includes a contribution from my structural editor, Dan Holloway, the person Stephen Fry might have had in mind when he said, “We are not nouns, we are verbs.”

“I am not a thing – an actor, a writer – I am a person who does things – I write, I act – and I never know what I’m going to do next. I think you can be imprisoned if you think of yourself as a noun.” Stephen Fry

Dan has not allowed himself to become imprisoned. It’s almost easier to list the things he doesn’t do. (In an interview with him I established that he does not tutor guitar and is not a professional cyclist.) For more than two decades he has been unlocking people’s potential, as a teacher of philosophy, critical thinking, and essay technique; as an editor helping people express their ideas more clearly; as a campaigner on mental health and finance; as a speaker, journalist, writer, and performer; and as a trainer helping intelligence analysts use data more smartly. Dan was the Creative Thinking World Champion in 2016 and 2017. In 2017 he won the Oxford University Humanities Innovation challenge with Mycelium, a creative thinking game based on research into the memory methods of mediaeval monks and the MRI scans of jazz musicians.

I thought he might be the very person to help me with the structure of what I was beginning to suspect might be a ‘difficult novel’. (My ninth. My second was a breeze.) At the stage I handed my manuscript over to Dan, he described it as,  ‘a set of index cards that could be shuffled’.

One of the delights of working with Dan is the breadth of his cultural reference-points. I had already identified the main challenge I faced in writing Smash all the Windows. I was working with a far larger cast of characters than I have been tempted to juggle in past novels. How could I introduce each character in a way that helped the reader to recognise them when they next made an appearance? I had been referring to the novels of Elizabeth Strout, because this is something she does so elegantly, but instead Dan suggested I watched:

Often his contribution was to challenge me: ‘Is that really the first thing you want the reader to know about the character?’ But my novel had grown out of a sense of injustice and outrage and I needed those difficult questions to bring the subject-matter into focus. What was I trying to say?

The other enormously helpful thing Dan was to make a simple observation. He said he liked the way I’d used two characters as guides. This wasn’t something I’d given any thought to, but my reaction was, ‘So that’s who they are. They’re guides.’ And that awareness shapes your treatment of them. 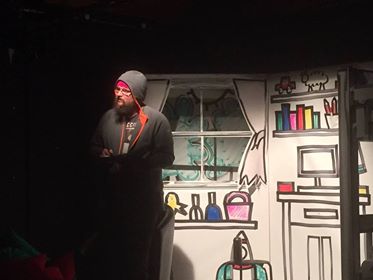 I think it’s time for me to hand you over to Dan.

“Polyphony, the use of multiple narrators, especially whose stories are in some way connected but in many other ways are not, is a style we are seeing more in commercial literary fiction, in particular following Marlon James’ A Brief History of Seven Killings winning the Booker Prize in 2015. When it’s done well it is incredibly rewarding, like the deep complex canvases of the best multi-series TV shows.

But it is incredibly difficult to pull off. Each of your narrators must be distinctive yet authentic (a feat which, in itself, is beyond almost every writer I have come across); the everyday unconnected events around each character must be compelling in their own right and must be given sufficient space to breathe – yet no so much as to distract from the single story that connects them; most of all, your pacing must be perfect. We must never turn to a new chapter and think “oh, it’s Xyz, I’ll skim this – hurry up and bring back Abc” – and there are even passages in His Dark Materials that fall prey to this it’s so hard to do. All of which means a writer must be at the very top of their game, but their editor has to be as well. To use an analogy from my favourite pastime, much of the time our job is like supporting a marathon runner by making sure they have their favourite electrolyte at half way and a banana at the finish. Editing a book with as many voices as Jane has woven together is like crewing a runner across Death Valley in the July heat – no matter how good the runner may be, if we don’t do exactly what is needed every minute of the way, there is a good chance they will die out there.

Fortunately Jane is an exceptionally good runner. I mean writer (she might also be an exceptional runner). She presented some wonderful distinctive characters and a fabulous mix of common thread and backstory. My job was primarily one of ensuring the spacing and pacing was spot on, but also of making sure that while we will all have favourite characters, people whose story is our “in” to the themes of the book, we never find ourselves skipping ahead when they are off the page, which meant very careful tweaking of some of those authenticity and distinctiveness dials. The result is something I am incredibly proud to have been part of creating and, as with running, infinitely more rewarding for having been so challenging.”

Smash all the Windows will be released on 12 April, but you can pre-order it now.

To find out more about Dan and his editorial service, visit: 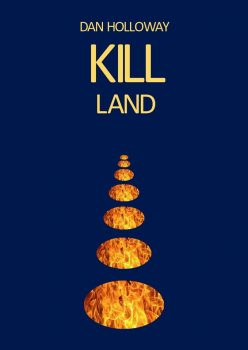 Details and free tickets are available from Eventbrite.

If you can’t make it, you might be interested in watching this video of Dan in conversation with Rohan Quine talking about how authors work with editors.

Want to read more about Smash all the Windows?

Read my interview with Lucy Biederman.

Next week, how I work with beta readers.

Written on March 6, 2018 at 11:59 am, by Jane Davis
Categories: Blog, Homepage, In-depth, My Books, Self-Publishing, The Making of a Book   |   Tags: collaboration, Creative Thinking World Champion, Dan Holloway, editors, Hiring professional services, How authors work with editors, How to self-publish a book, Multiple narrators, Mycelium, Novel London, Rogueinterrobang, Smash all the Windows, Structural edit, The Making of a Book, Themes