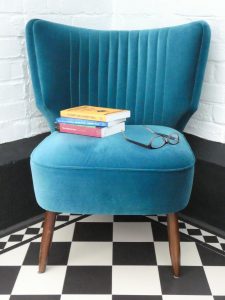 Yes, I know it is 9 April but, in my defence, The Mirror and the Light is very, very long, and I could hardly review half a book. So without further delay, here are my March reads.

A Perfect Explanation by Eleanor Anstruther

What drew you to it? This book is a fictionalised account of how the author’s father came to be sold to his aunt for £500, another piece of the jigsaw of a family I had already been researching. What further encouragement could I possibly need?

Genre/Themes: Dark family secrets, the truth behind family myths, sibling rivalry, the brutal reality of the system of masculine primogeniture and the sibling rivalry and family rifts that result from it, family duty, mother/daughter relationships, post-natal depression, a mother who abandons her children, changing attitudes to childhood disability, divorce and LBQT issues, aging and old age,

Any coincidences with book I am writing? None. It has far more in common with the themes I explored in An Unknown Woman. Bizarrely, it was the second book in a row that I had read that explored Christian Science and its impact on a family where there was a child who was ill/disabled.

I particularly enjoyed: The fact that it is based on a true story. Everything in the book actually happened, although perhaps not precisely as the author imagined it. There is a sense of the author exploring what is an essential part of her DNA, and managing to make sense of it in a way that wouldn’t have made sense to the three children who were the real victims in the story.

I didn’t get on with: None. The things that I enjoyed might possible frustrate another reader, but I think that a biographical approach to the subject-matter would have produced less sympathetic family portraits.

Facts: The book is based on memories that the author’s father shared with her, and an archive of letters, court papers, medical reports and photographs that has survived. Most of the main characters in the story had passed away before Eleanor Anstruther was born. 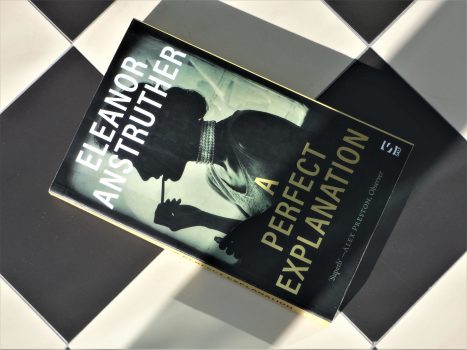 What drew you to it? I hadn’t read any Anne Enright before. (Please don’t tell my author friends.)

Genre/Themes: Dark family secrets, the truth behind family myths, in this case myths that the actress of the title of the book – Katherine O’Dell – helped create (one example of this is how she claimed to be Irish), how fame can affect a person and what happens to that person when their ascent is rapid, and then fame falls away, single motherhood, mother/daughter relationships and all the complexity that comes with your own mother being public property.

Any coincidences with book I am writing? Yes, I also have a character who is an actress, and Katherine O’Dell was working on the stage at the time when my book is set.

I particularly enjoyed: The writing. It’s extraordinary. Such a confiding tone. Enright’s novel begins with her narrator, Norah (Katherine’s daughter), saying: “People ask me, ‘What was she like?’ and I try to figure out if they mean as a normal person: what was she like in her slippers, eating toast and marmalade, or what was she like as a mother, or what she was like as an actress – we did not use the word star.” In this sense, it was the right book to read immediately after A Perfect Explanation. Here we have a daughter trying to understand her mother’s psychology.

I didn’t get on with: Having been told at the beginning of the book what was going to happen, I assumed that we were being led slowly towards the critical scene, so that we could witness how Katherine O’Dell shot film-maker Boyd O’Neill. That didn’t happen. Instead, the book had no big reveal and Norah seemed to become rather obsessed with her own sex life. For me, the ending was not as rewarding as I had hoped. The critics clearly didn’t share my view. Actress was longlisted for the Women’s Prize for Fiction 2020.

Facts: Born in Dublin, Enright worked, for six months, as a professional actor and is well-acquainted with the theatre. 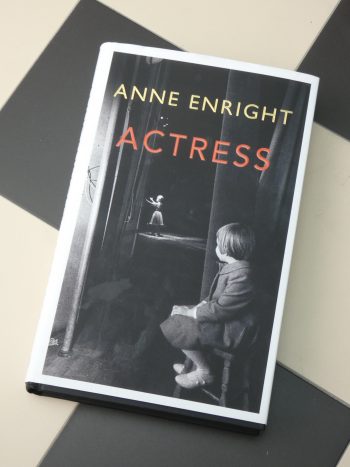 The Mirror and the Light by Hilary Mantel

What drew you to it? For me, it was a much anticipated release and a must-read. My concern was the size and weight of the thing. How was I going to be able to cart the book around on my commute? My dilemma was solved by lockdown.

Genre/Themes: This the final instalment in Hilary Mantel’s Tudor trilogy, in which she explores the psychology of Thomas Cromwell, who has been painted by history as a villain. The book begins with the downfall of Anne Boleyn and ends with Cromwell’s own execution, following his prosecution under laws which he himself had passed. It was unheard of for a commoner to be made a Knight of the Garter and elevated to the heights of Earldom, and for this to happen only two months before he was tried as a traitor seems a great tragedy. It is worth mentioning for those who have yet to read Bring Up the Bodies and Wolf Hall that that The Mirror and the Light can easily be read as a standalone book. Hilary Mantel returns to Cromwell’s humble beginnings in Putney and the territory (The Six Wives of Henry VIII, how Anne Boleyn came to be executed) will be familiar for most readers.

Any coincidences with book I am writing? None whatsoever.

I particularly enjoyed: I am not sure ‘enjoyed’ is quite the right word. The Tudor era was a dangerous time to be living in. Mantel allows us to see Cromwell’s ambition at the same time as revealing his growing wariness. The king showed you favour, you made enemies. You failed to do as the king commanded (because his commands were nigh-on impossible), you were against the king. Your enemies would be quick to gloat, but even those friends you had made, those secretaries you had trained in your own household, and whose careers you had nurtured, would turn accuser.

I didn’t get on with: Make no mistake, this is no easy read. The death count is relentless. The author’s notes at the end show that Henry blood lust didn’t end with Cromwell. I read the book over a three-week period during which time my father was hospitalised and passed away, and the book kept me company at night when I could not sleep. I’m not sure I did the book justice. Sometimes I wondered, why did it have to be so long? (It clocks in at 895 pages.) Do we really need this descriptive passage, for example? But Mantel knows what she’s doing. We need Cromwell to witness his son Gregory’s shock at Anne Boleyn’s beheading, we need to Thomas Cromwell the boy’s horror at attending his first public burning, we need to see how he interrogated those tried of treason, because without those things, we would not understand how Cromwell approached the inevitability of his own end.

Facts: My lunchtime walk takes me past Carew Manor, home to Henry VIII’s childhood friend and jousting partner, and later Knight of the Garter and Master of the Horse, Nicholas Carew. Carew was one of the many who fell out of favour with the king and was executed as a result. It was Cromwell who presented the king with apparently-treasonous letters written by Carew, convincing Henry that Carew had been involved in the Exeter Conspiracy, a plot to depose him and place Cardinal Reginald Pole on the throne. 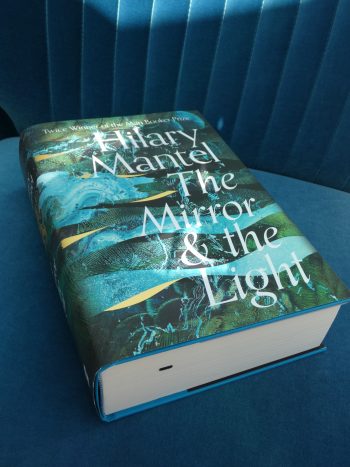 It is important to remember that other books are available. Those of you who have yet to read Smash all the Windows may like to know that it is currently on special offer for only 99p/99c or nearest equivalent.

‘This fictional disaster echoes with real emotions. I read it twice and believed every word.’ ~ JJ Marsh.