Why social climbers were treated with suspicion in Victorian England 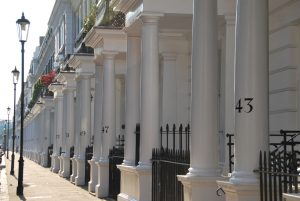 One of the defining features of the Victorian era – the era in which my novel, Small Eden, is set – was its rigid class system. The system and its success depended upon each and every person knowing their place. And if they didn’t know it, they’d soon be reminded of it.

On the top rung was the monarch, followed by the royal family and the aristocracy. Because members of the aristocracy inherited their titles, commoners had few ways into their circle. But own enough land, make your fortune in business or distinguish yourself in battle, and a baronetcy or a knighthood might be bestowed upon you. Whereas a knight might be looked at as a newcomer (someone who still ‘smelled of shop’) baronets’ titles were passed down through the generations. They might be regarded almost as equals.

The working class had a hierarchy of its own. A working-class man might be highly skilled, say a coach-maker, or someone who worked in publishing. Working with your hands could be a matter of pride, something my leading man, Robert Cooke, recognised:

“Thinking of clearing the site yourself?” Elbowed from his blind side, Frank turns to see who has almost spilled his pint of old and mild, a glare and a sharp word ready, but when he finds it’s the barmaid he brightens, winking his good eye.

“I fancy I might roll my sleeves up,” Robert says.

Robert holds them out, palms uppermost. To his own eyes, they look deeply creviced, the whorls of his fingerprints puckered, fine vertical lines running the length of his digits.

“When’s the last time you held a shovel? Take a look at these. These are a working man’s hands.” Frank’s hands are a landscape of their own, each callous a badge of honour. He has cut chalk since he was old enough to grasp a spade.

In the middle came people who didn’t get their hands dirty. Omnibus drivers, costermongers (street-sellers), porters, seamstresses, and senior domestic servants. And on the lowest rung were the labourers, railway and dock workers, chimney-sweeps, coal miners, and mudlarks who waded through the toxic Thames mud to retrieve anything they could sell. Beneath them was an underclass made up of the homeless and criminals.

The industrial revolution heralded the growth of a new class – what became known as ‘the middle class’. People who’d recently acquired wealth, usually through military service or business acumen. Some might even be able to compete with the aristocracy in terms of their riches. Financiers, doctors, lawyers, headmasters, merchants and factory owners were found among their ranks. So too were clergymen. And once a man owned land, he could vote. But sitting below them are what Hattie Rubenhall refers to as the ‘precarious middle class’. Shopkeepers, artisans, apothecaries, publishers, schoolmasters. People who are only one stroke of bad luck away from the pawn shop.

The way that a person spoke, how they dressed and behaved were all indicators of which class a person belonged to. Much of what we know about customs and behaviours of the era comes from instruction manuals aimed at this emerging class. The upper class didn’t need to be told how to go in for dinner, and the working class had no need to know ballroom etiquette. One thing we know without a doubt is that once a man was considered middle class, he was not expected to associate with the lower classes. Robert’s wife Freya finds it disconcerting that he should ‘roll up his sleeves’. In doing so, he’s jeopardising their social standing:

Freya shrugs him off, sits up in bed. “Show me your hands.”

Robert submits to her fussing. His skin has blistered and healed, toughened by hard and satisfying work. Proof that finally he is more than the man who writes the cheques.

This is precisely what his wife sees, but her reaction isn’t pride. “We must do something about this.” She slips out of bed in her nightdress and goes to her dressing table to fetch one of her potions. “You’ll be mistaken for one of your workers.”

Freya’s concern deepens when she realises that Robert intends to open his pleasure gardens to everyone. The idea that people from different classes should mix! This is an age when reputation is everything and fraternising with low company meant ruin.

In private, Freya has expressed her view. She doesn’t see how they can attract the right sort of people if they admit everyone.

But there are compensations. When the opening of the gardens is a great success, invitations begin to arrive. And not just calling cards:

The Cookes are going up in the world! An invitation to one of Mrs Carlisle’s famed dinner parties. Access to Carshalton’s inner sanctum.

Freya hums as she considers her detachable collars and cuffs, the contents of her wardrobe. Altered. Refurbished. “This, perhaps.” Re-trimmed.

It’s said that when you’ve earned a regular place at Mrs Carlisle’s table, she presents you with a set of cutlery engraved with your name. “You must have something new,” Robert insists.

Sure enough, Robert is soon getting above his own station. As the King James Bible would have it: Pride goeth before destruction, and a haughty spirit before a fall:

“The Colmans are moving to Reigate and have asked if I would like to buy their family pew.”

“But that would put you opposite…”

Something Robert didn’t dare imagine two years ago. “The Carlisles!”

“I don’t like to dampen your spirits, but –” Suddenly solemn, Miss Hoddy censors herself.

“Surely you must see? That’s an awful lot of noses you’ll be putting out of joint.”

To buy Small Eden click here. The eBook is only 99p/99c as part of my crazy summer sale!

I’d like to buy A Funeral for an Owl

I’d like to buy Second Chapter (contains three full-length novels: I Stopped Time, These Fragile Things and A Funeral for an Owl)

I’d like to buy The London Collection (contains three full-length novels: My Counterfeit Self, Smash all the Windows and At the Stroke of Nine-O’Clock.)