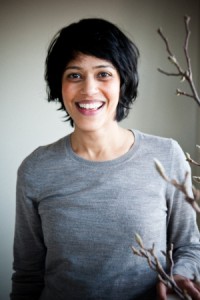 Today, I’m delighted to welcome Amna K. Boheim Virtual Book Club, an interview series in which I put questions to authors about their latest releases. If you’d like to pose a question, you’ll have the opportunity to do so at the end. (There’s also a giveaway to look forward to!)

Amna K. Boheim worked in investment banking before turning her hand to writing. She has completed two Faber Academy writing courses, including the six-month Faber Academy Writing a Novel (online) course.  She authors a blog under the title, Djinn Mamu … & Other Strange Stories and posts snippets on life in general. The Silent Children

– a supernatural mystery set in Vienna – is her debut novel.

Q: Amna, please tell us how you came to be a writer.

I’ve always loved reading and enjoyed making up stories when I was little. My first real story was The Cloaked Figure of Archway Hall which I wrote when I was thirteen. I gave it to my sister to read and she hated it so much that after a day of angry tears, I ended up re-writing the whole thing. That was the last story I ever wrote until The Silent Children.

So I really wasn’t focused on writing as a job, or even as a hobby, and went through the motions of doing my A-Levels and university before landing a job with an investment bank. The idea of writing, though, still ticked away at the back of my mind. But I never had the time – or made time – to write. But I still read a lot. It wasn’t until I fell pregnant with my first child that I decided I’d had enough of City life and wanted to do something else. It wasn’t as if I had a great deal of time on my hands, but I very much wanted to write. I went on a couple of courses with Faber Academy – including their six-month ‘Writing a Novel’ online course. That’s when the idea of The Silent Children came about. I found I really did enjoy writing. I loved coming up with characters, thinking about their flaws, thinking of obstacles to throw in their way. It was hard at first. At the end of the day, an idea is just an idea. Writing well takes a lot of practice. Crafting a story needs patience and a thick skin to take on criticism. I love the challenge of it though, and I love having the freedom to create my own little story world.

Q: Since you didn’t turn to writing until you started to think about the life you wanted for your children, would you say that being a parent influences your writing?

To an extent, yes. In writing The Silent Children

, I thought a lot about the love a parent has for a child, the extremes, I, as a parent, would go to in order to protect my child. On the other hand, in my next novel, I’m focused on the relationship between two sisters, the closeness between them, the subtle rivalry, the idea that they only have each other left.

“I loved the pace, the atmospheric writing, and the depth Boheim brought to her characters and setting. This is gripping, talented writing, and Boheim is an author to watch …”

“One of the best ghost stories I’ve ever read … Gripping and well-written, with a poignant ending, I can’t recommend this book highly enough.”

Unfortunately, it’s a bit of both. I say unfortunately as it’s probably the most inefficient way to write, particularly given I have a very limited window in which I can write, plus the fact that I’m a slow writer. The Silent Children was always going to be a ghost story but I didn’t exactly think about the plot in detail. As a result, the first couple of drafts were a load of rubbish and the ghost flitted on the outskirts of the story without any purpose and without a clue as to what she was meant to be doing. Then I had my second child and after four months, I returned to the story and thought carefully about the plot and the ‘role’ of the ghost, with a view to creating a sense of psychological ambiguity. I mapped out my novel in a series of chapter summaries which helped to organise the story in my head. Writing became more fluid. But still, I and other ‘test’ readers felt there was something missing. The book needed more ‘heart’, something to really draw the reader in. That’s when I added vignettes between each chapter – flashbacks in time – charting the story of Max’s mother – Annabel Albrecht.

With the next novel I’m currently drafting, even though I swore I’d carefully map out my story before writing, I started in exactly the same way: a vague idea in my head, a raft of characters, their back story. And low and behold, the draft I rattled out was utter rubbish. It’s meant to be a thriller, but its pace was so sloth-like, a reader would’ve fallen asleep by the end of the first chapter (that is, if they made it that far.)

It’s like I need to get all the ideas and characters out of my head, and only then can I sift out a story from the mess. I wish I could just have the story sitting neatly on a shelf in my brain which I could just dust off and put on paper. It would be far easier, and a lot less agonising! 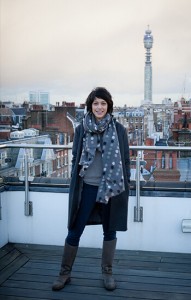 Q: The protagonist in your novel is Max Gissing. What five words best describe him?

is set mainly in Vienna. The city is one of my favourite places. It sounds silly, but I wanted to write a story as a kind of a homage to the city I love. There are enclaves of the city – the outer districts – which have a restrained – almost repressed – atmosphere which I thought would lend themselves well to the story I wanted to write. Vienna has such a rich cultural history too, which was something else I wanted to weave into my story.

Q: What are your favourite and least favourite aspects of your writing life?

Favourite: the freedom to create my own characters and story, to get lost in their world.

Least Favourite: writing is a lonely business. In order to write, I really need to cut myself off from everything. I do obsess about my characters and find that I’m constantly dreaming about them. One night, I gave my husband a near heart attack when I leapt out of bed, eager to iron out a plot problem I’d just solved. Call it my Eureka! moment. Writing is incredibly selfish too. I don’t want to be bothered by anyone or anything while I’m writing and sometimes I hate that I have to shut my door in order to do so.

– I see it as the first piece in my ‘writing portfolio’. Yes, I would be over the moon to get representation from an agent, to get a traditional publishing contract. But it’s not the be all and end all. I write because I enjoy it. I love working to my own deadlines and having the creative freedom to write whatever I want. And in the self-publishing world, there is a great sense of community and of helping each other. 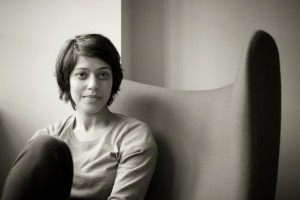 Q: You’ve approached self-publishing very professionally with the long-term in mind, so which services were you determined not to skimp on?

(1) An editor who I really work well with and who understands what it is I’m trying to achieve. Orna Ross, founder of the Alliance of Independent Authors, referred me to a wonderful lady, called Averill Buchanan.  When Averill read The Silent Children, she emailed me and said, ‘It has a Henry James quality to it.’ This was exactly what I had intended, and I knew we’d hit it off … Then she went through all the things that needed work. Averill really took the time to go through each draft. I wasn’t in a hurry to get this book out. Yes, I was impatient to get it right, but at the same time, I knew I needed to take my time to get it right. Having an editor is a brilliant way to help me slow down and to reflect on my book. It’s very easy to get caught in a whirlwind and press ahead to publish, but if you think about it, when you self-publish, you’re exposing yourself. You don’t have a chance to make something right. It has to be right from the get-go. So I do think it’s worth paying for a professional editor, one that you work well with, one who understands you and your writing. In my case, Averill even listened to the music I referenced in the story, as well as looking up and reading about all the cultural references. She is amazing and I’ll be working with her again.

(2) A professional proof reader. I worked with Victoria Woodside who is excellent. She was referred to me by Averill.

(3) A great book designer – The Curved House, run by Kristen Harrison, designed my book cover. They understood my brief, and created what I think is a great cover. Kristen and her team have been amazing to work with – so much so that they ended up re-doing my website.

Q: I also used The Curved House for my website design!

You’ve also very generously offered three copies of your books as a giveaway.

Yes, and to take part, readers should email me at Amna@akboheim.com with the title ‘The Silent Children Giveaway’ and tell me in one sentence what their favourite place is and why (it can be a place/building/an area or a city/town – anything.) I will choose three of the best answers.

Q: Finally, where can we find out more about you and your work?

I have my own website –  which has information about me and The Silent Children. It also houses my blog as well as flash fiction and poetry.

You can also order the Silent Children through WH Smiths

And I will also consider visiting book clubs in person if practical or by Skype.