One of Twelve Acclaimed Authors Participating in Book Club Gold 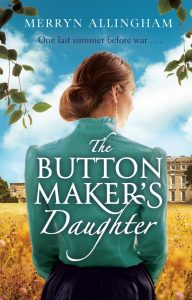 Today I’m delighted to welcome Merryn Allingham to Virtual Book Club, the interview series in which authors have the opportunity to pitch their novels to your book club.

Merryn Allingham worked for many years as a university lecturer and between job, family and pets, there was little time to write. But when the pressures eased, she grabbed the chance to do something she’d always promised herself – to write a novel. Under the name of Isabelle Goddard, she published six Regency romances, but in 2013 adopted a new writing name and a new genre. The Daisy’s War trilogy, set in India and London during the 1930s and 40s, was the result.

Her latest books explore two pivotal moments in the history of Britain. The Buttonmaker’s Daughter is set in Sussex in the summer of 1914 as the First World War looms ever nearer and its sequel, The Secret of Summerhayes, thirty years later in the summer of 1944 when D Day led to eventual victory in the Second World War.

Q: Merryn, perhaps you’d start by telling us how you came to be a writer.

For as long as I can remember, I’ve needed to put pen to paper. As a small child, I wrote poems, at grammar school there were short stories that I never dared mention – creative writing was definitely not encouraged. Then the long letters home while working as cabin crew (pre internet and mobile phones) and at least two ten-year diaries. Deep down, though, I knew it was a novel I had to write. But between family, pets and my job as a lecturer, there was little time to do more than dabble. However, when the pressures eased, I grabbed the chance to do something I’d always promised myself – to write that novel.

The first book I wrote found a publisher and that still astonishes me. I knew I wanted to write popular fiction, but I hadn’t a clue how to begin. Then one morning I woke up and the idea was there. I would start where I felt most comfortable – in the Regency with a book along the lines of Georgette Heyer, whom I’d read and reread a hundred times since my teenage years. It wasn’t until I’d completed the book, that I thought about a publisher. It didn’t take long to discover that Harlequin was one of the few who published Regency period novels, but fortunately they were also happy to accept unsolicited manuscripts. The submission process took an age, but eventually I was offered a two-book deal and that began my writing career. 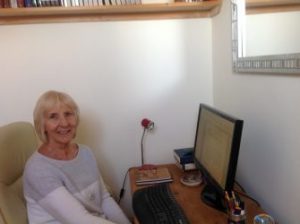 I’m retired now but for twenty-five years I worked as a university lecturer teaching English Literature. When I came to write, my job proved a two-edged sword. I’d spent years analysing how a piece of writing worked (or didn’t) so in theory I knew the basics. But that same background of academic research and teaching proved a huge barrier to my own writing. It took me a long time to get rid of the censor in my head.

I write fictional characters who inhabit an authentic historical background. My books are usually set in the Victorian period or the early twentieth century and include elements of mystery and suspense with a dash of romance.

Which brings me onto your novel, The Buttonmaker’s Daughter. The early Twentieth Century seems ripe for picking, but what is it that fascinates you about that era?

The Buttonmaker’s Daughter is set in 1914. It was a cataclysmic moment for this country and I feel a deep attachment to the world that was lost then. The First World War affected millions of lives across every class and community, with so few understanding the reality of the war they were called to join. A veneer of innocence was lost and Britain was thrown into a century of total war and total change. It could be argued as the most significant moment in our history.

I was on a visit to the Lost Gardens of Heligan in Cornwall, ‘lost’ because they were only rediscovered in 1990 and since that time have been lovingly restored. The gardens’ heyday was the late Victorian/Edwardian period when owners spent a great deal of money, time and effort, in creating a beautiful and exotic paradise. But, when in 1914, war came to England, everything changed. Over half the staff perished in the mud of Flanders and the gardens were left to a slow disintegration.

Our guide that day had a fund of anecdotes and it was a single image from one of his stories that lodged in my mind and set me writing. On one particular day in the summer of 1914, every gardener on the estate downed tools together and walked side by side to Redruth, to enlist at the local recruiting centre. Most of those men never returned. The Day Book, which should have listed every job done on the estate that day, carried only the date and poignantly was never used again. The image of those men, honourable and courageous, walking together to enlist in what they saw as a just cause, stayed in my mind, and I knew I had to record that moment in a novel.

In addition to what I already knew of the period, I researched the social history of the country house from both upstairs and downstairs perspectives. The treatment of women in society was also key (my heroine is an artist denied professional recognition) and it was wonderful to read the most famous of Mrs Pankhurst’s speeches. Then there was the economic malaise that began in the late nineteenth century and created the pressure to emigrate, and of course I had to plot the timeline of the First World War to ensure the novel’s historical accuracy.

The book questions the choice a woman may be forced to make between loyalty to family and loyalty to herself. More generally, it explores the roles women were assigned in early twentieth century society and how far it was possible for them to rebel. And it raises the issue of how far we have progressed in terms of racial and sexual prejudice. 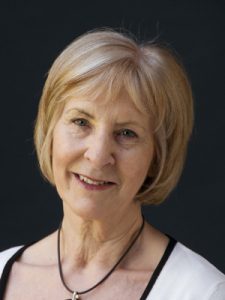 Q: What do you do when you’re not writing? Any hobbies or party tricks?

I see a lot of my family, go out with friends for lunch or a film or the theatre. I’m a member of a book club and two writing groups – one that meets to chat, exchange information and boost flagging spirits, and the other to critique each other’s work. I go to several dance exercise classes every week and I’m learning Russian. I also read a lot!

Q: What is your favourite opening line of a novel?

Q: What is your favourite closing line of a novel?

‘For there she was.’ Mrs Dalloway by Virginia Woolf.

Now for the great news. Merryn is one of twelve authors taking part in a special collaboration this weekend called Book Club Gold. 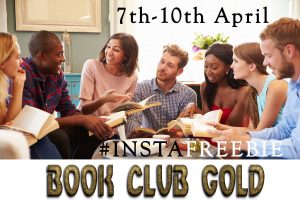 The idea is to provide a broad range of fiction that book clubs might select as a year’s reading material. Whether it’s historic, Nordic, Cold War or romance, each book provides plenty of moral dilemmas that offer great discussion points. But to make life even easier, the authors have put together lists of discussion questions.

Best of all – they’re FREE. (Wine not included.)

How do I get my free books?

What if I don’t want all of the books?

How do I get my book club questions?

Each author will email you with a list of questions to kick-start your group discussion.

What if I don’t belong to a book club? 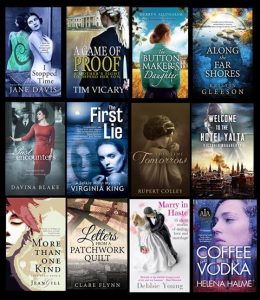 Want to find out more about Merryn and her writing?

And if you would like to keep in touch with Merryn, sign up for her newsletter at www.merrynallingham.com