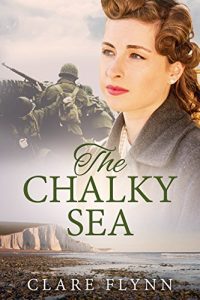 I’m reading a lot of interviews with Emily St John Mandel about Station Eleven and whether or not she actually has a crystal ball, so i asked a few writer friends to tell me about the time they wrote about a fictional event, only to have it, or something very similar, come true.

I wrote a novel about what had (almost) happened to me. Cauldstane is about a bestselling novelist who quit because she thought she was somehow playing God in her fiction and didn’t want the responsibility. She takes up writing harmless children’s fiction about squirrels and bunnies, but even that proves too much for her and she cracks up. Eventually she takes up ghostwriting biographies because there are no unknowns. This storyline stemmed from my own experience. Many years ago I abandoned a novel I was writing when it seemed as if I’d become some sort of clairvoyant. I’d based my hero on a well-known actor. My character was a dancer, gay and dying of aids. Then the actor on whom I’d based my character came out as gay and dying of aids. I was so shocked and upset, I stopped writing the book and I never went back to it.

I’ve since made my peace with the fact that this is quite a common experience for writers. We make stuff up, then it happens, or we invent people and then run into their doubles on holiday! (That’s also happened to me.) Among others, Clare Francis has written about meeting her own creation. (Hero of Wolf Winter, if memory serves.)

Linda Gillard is the author of nine novels including Star Gazing, whcih was shortlisted for the Romantic Novel of the Year and The Robin Jenkins Literary Award for writing that promotes the Scottish landscape and Kindle bestsellers, House of Silence and The Memory Tree.

I wrote a contemporary romance in which a vet left his wife for my heroine. I needed vet input so met up with my vet in the local pub and he gave me lots of inside information about the *BSE crisis and cows… then he left his wife and went to live with somebody else!! I had NO idea and always felt guilty in case my novel was the clincher. Also, he came to my book launch and everybody cheered when he walked in because they assumed we were having an affair.

Jean’s a certified beekeeper who’s hoping for inspiration from her little workers for Book 3 of her eco-fantasy series, ‘Natural Forces’.

In Lifeform Three I invented a lot of ways that algorithms would interfere in our lives and turn us into robots – and they’re coming true. I had a facility where your phone would read other people’s interests and tell you what to talk to them about. Users liked it because it helped them have conversations, avoid people they wouldn’t get on with so they never heard an opinion they disagreed with and it suggested birthday and Christmas presents by reading people’s tastes and interests. This had a much more sinister monetised use – advertisers gathered all this data so they could ambush you with adverts for exactly the things you liked or the solutions to your problems. Now look at Facebook, cookies, anywhere online with adverts…

Roz Morris is a professional writer and editor living in London. She’s sold more than 4 million copies of books worldwide, although you won’t have seen her name on the covers as she ghostwrites for high-profile authors. The third novel to be published under under her own name – Ever Rest – in the pipeline.

In The Chalky Sea, I wanted to give my German-speaking housewife a more interesting role than working for the Women’s Voluntary Service so I sent her off to work in a secret listening station on Beachy Head. I had done lots of research but there was no evidence at all that such a place existed – just early warning systems. Disappointed, I decided to invent one there as it struck me as a logical place. I noted in the author’s notes that it was fictional. A year ago and long after the book was published a suitcase was found in a London attic containing the wartime diaries of an RAF officer. They revealed the hitherto unknown existence of my secret listening station. It was staffed by German speaking women (mainly former refugees). So my creative hunch proved right.

Congratulations to Clare for her recent win at the Selfies Awards where The Pearl of Penang took the prize for best adult fiction. She hasn’t wasted any time and the sequel Prisoner from Penang is already out there.