On her new release, The Floozy in the Park 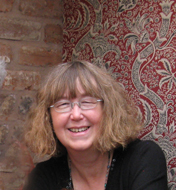 Today, I’m delighted to welcome Ellie Stevenson to Virtual Book Club, an interview series in which I put questions to authors about the books they’d like to persuade your club to read. If you want to pose a question of your own, just add a comment at the end.

Ellie’s third novel, The Floozy in the Park, will be released on Friday 18 November, but it’s available for pre-order at the special price of 99p/99c (£2.99/$2.99 from publication day onwards).

Her writing is fuelled by inspiration, determination and coffee.

Q: What is it about The Floozy in the Park that you feel makes it particularly suitable for book clubs?

It’s a mystery with something in it for everyone: a dead man, a missing woman, a possible haunting and a beautiful island which isn’t what it seems. Everyone on the island has something to hide and the reader can have a lot of fun solving the mystery. There’s also a strong historical element in the second half of the book. This is your chance to step into Edwardian England and go shopping!

Short sentences and multiple twists, mystery and history and the odd haunting. A few quirky characters who get themselves into hot water. I want the reader to keep turning the page and, although there are some dark moments, I always try to inject some humour.

Half of the story is set on an island called Obea which is very beautiful but has a sinister side because the people there are covering up a murder, and a lot more besides. This is the present-day part of the story – the other half is set in Edwardian England, but the two are linked. The island is fictional, but geographically, is based on Sark in the Channel Islands, which I chose partly because I needed an isolated location and also because I know it well. Naturally, the people on Sark are lovely, and nothing like those on Obea! 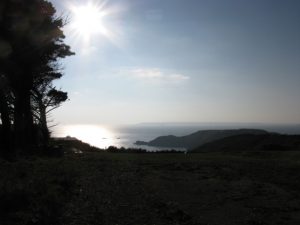 Q: Has setting the novel in a place that is well known to you changed the way that you feel about that place?

In a way it has, in that if I went back now, I would almost expect to see Ariane walking across the fields and surprising all the tourists, and Tighe driving his tractor and looking scary. For a while, the very real Sark would be replaced in my mind by the fictional Obea.

I was fortunate in that I knew about life on a small island so my main area of research was into the history of shops in Victorian and Edwardian England. Naturally, I watched Mr Selfridge and The Paradise on TV (a good excuse!) but I also read a lot of books on the subject and learnt some fascinating facts. So, for example, in the Victorian era, men in mourning wore black crepe on their hat, the width of which showed the man’s closeness to the dead person. It was seven inches for a wife and five for a parent or child. This was obviously a useful pointer for other people.

Q: The key trick in writing historical fiction is transporting readers to another time and place without overloading them with historical information. So how much detail is too much?

The temptation as a writer of historical fiction is to keep on researching because it is so enjoyable and then the book never gets written! I research to inform my understanding of the period so that the book feels authentic, so much of what I learn never gets shared in the novel. Research can also be used to move the story forward, so for example, in The Floozy in the Park, Bea comes across a woman who won’t accept the dressmaking pins she is given in lieu of her change (yes, they did that then!), and so makes an important decision about her future.

Q: Do you have a technique for keeping track of your fictional canvas?

Not a technique as such, I usually have a rough plan though that gets amended and added to several times. Because I’m quite a visual person, I also draw (fictional) maps and plans of the geography and create timelines and family trees. I also have a list of all my characters and the key points in their lives, like birth, marriage and death. These things keep me on track.

After Shadows of the Lost Child was published one of my readers said she wished it had included a map, and looking back, I agree. It would have been useful to have known where the time portal was. However, I can say that I have tried the portal in real life and, sadly, it doesn’t work!

Q: Is your writing plot-driven or character-driven?

I would say character-driven. It’s always a plot idea or mystery that starts me off but then, as is common with many writers, the characters can take over the story. So, for example, one of my protagonists, Megan, comes across an older woman called Della Makepiece, who started off as a minor character and virtually transformed the whole book. Della’s son describes her as ‘a sharp old bird’ and she certainly is. She’s very good at getting her own way and manipulating Megan and everyone else. Not in a bad way, though. 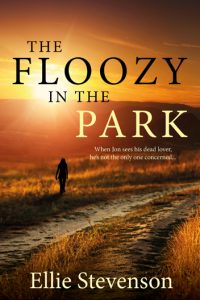 Too many people have something to lose if the truth comes out.
Journalist Jon visits an island, searching for his ex-lover, whose father was murdered.
The killer is still out there.
Nobody likes him asking questions.
Megan, Jon’s partner, is busy building a retail empire. Then, she discovers an Edwardian mystery, connected to her.
She barely notices Jon has gone.
But when she finds the sketch he drew of his ex-lover, Megan knows Jon is in trouble.

Can she uncover the truth in time?

I would have to say Beatrice, one of the historical characters from the novel. She goes to work in an Edwardian department store for her own reasons and has to face a lot of challenges. Like many shop girls of the time she has to suppress her natural exuberance and energy and be excessively ‘nice’ to the ladies and gents she serves. She also learns, to her surprise, that she can’t say ‘Good morning’ to the customers, but has to wait to be spoken to first. Just the opposite of how it is today.

Q: What do you think the advantages of writing in the first (or third) person are?

The Floozy in the Park is written in both the first and the third person so I enjoy the advantages of both. I like writing in the first person, particularly, because it helps me to feel and express the character’s emotions and so make them more real. This was particularly important with Bea, because she was from the past and her role is so important, and also with Ariane, who, because of who she is, might otherwise be a shadowy figure.

Although The Floozy in the Park is my third novel, it is in many senses my first because I conceived the idea more than 20 years ago, although it has morphed into something quite different since then. It’s always nice to finally get your babies into the world!

That they’re sorry it’s finished and that they want to read it again (and again)!

All of my books have tiny twists and sub-plots in them which can be glossed over if you’re keen to follow the main story, but which can (hopefully!) add extra enjoyment on a re-read. I put them in for my own interest, but hope readers will enjoy them too.
So, for example, Curdizan which is the setting for Shadows, also features briefly in The Floozy in the Park, but without the time portal!

Want to know more about Ellie?

SPECIAL BONUS
From 26 October to launch day (18 November), the early chapters of The Floozy in the Park will be serialised on Ellie’s blog, The Haunted Historian. Get yourself a taste of the novel there.

You might also like to enter my Goodreads Giveaway to win a copy of My Counterfeit Self.

See the giveaway details
at Goodreads.